Mere words cannot suffice to describe the intensespirituality that Pandharpur is associated with.
Revered for its temple dedicated to Lord Vitthal,it is one of the most sacred towns in Maharashtra
and is even the seat of the Warkari sect which has given the state a unique cultural and social
dimension. Located in the Solapur district, it is named after a merchant who achieved self-realisation here.

One of the most important pilgrimage places in Maharashtra, Pandharpur is located on the banks
of the river Bhima, which is alternatively known as Chandrabhaga because of its crescent shape
meandering. The devotees come in large numbers to the temple of Lord Vitthal or Vithoba, who is
also known as Pandurang and Pandharinath. In Hinduism, Vithoba is considered as an
incarnation of Lord Vishnu. The worship of Vithoba in the Pandharpur temple is based on the
contents of the Puranas and the contributions of the Vaishnav saints of Maharashtra and
Karnataka, in Bhakti tradition, during the 13th through 17th centuries. The oldest mention of Pandharpur is on a copper plate grant of 516 CE of a Rashtrakuta ruler. In 615 CE, Pulakesin II, a Chalukya ruler conquered this part of Maharashtra, and it remained under his reign till 766 CE. Yadava Kings in the 11th 12th century have given numerous donations to the temple, as seen in inscriptions. The town had to face many vicissitudes during the medieval period when it was attacked by various rulers. It was this unrelenting warfare in this region that destroyed Pandharpur and almost wiped it off from the list of prosperous religious centres.Saints in Bhakti tradition were gathering here to
pay homage to the Lord in their tradition of an annual visit to Pandharpur, even in the medieval
period. The light of devotion was lit by these saints, and Pandharpur became the centre for social
-religious reforms. This has resulted in a new social synthesis which later paved the foundation for the rise of Maratha power under the leadership of Chhatrapati Shivaji Maharaj. It was in 1719 when Balaji Peshwa obtained official recognition for Maratha Swaraj. In the second half of the 18th century, Pandharpur rose from its ruins and regained prosperity under Maratha rule. New temples and other structures were built by the Peshwas of Pune, the Shindes of Gwalior, and the Holkars of Indore were among those who helped reconstruct the town with shrines and palatial buildings. However, the primary factor that firmly put Pandharpur on the socio-cultural map of Maharashtra was the establishment of the Warkari sect and the temple dedicated to Vithoba. The Wari (annual visit on foot to the temple of Lord Vithoba in the city of Pandharpur) is associated with this temple. Thousands of
people on the 11th day of Hindu Ashadha month gather at Pandharpur. This tradition has a history
of more than 800 years. The temple is on a small hillock facing the east and the river Chandrabhaga. The main entrance leads to the ‘Mukha mandapa’. The lowest step of this temple is known as ‘Namdevo Payari’ on which is installed a bronze bust of Sant Namdeo,of Warkari tradition. The sanctum and the ante-chamber are small structures, plain and simple.The temple complex accommodates variousshrines, halls, cloisters etc. As such, the temple,as it stands today, is an ensemble of severalbuildings erected during the 11th to 18thcenturies CE.The installed image Vithoba stands erect with rigid and straight legs, feet together in then ‘samacharana’ pose and hands akimbo, holding a conch in the left and a lotus in the right hand. Poet Kalidasa describes such a position as ‘steady as a non-flickering lamp’. A unique aspect of this temple is that devotees never pray for the fulfilment of material needs. Rather, the prayers are to seek liberation from worldly bonds. Subsidiary shrine in the temple houses the idol of Goddess Rukhmini, consort of Vithoba.
Pandharpur and the temple of Vithoba are significant for the annual pilgrimage that begins
at Alandi and culminates in Pandharpur with thousands of warkaris participating in this
marathon walk of 250 KM comprising ‘palkhis’ and ‘dindis’. The Warkari movement is not only
about the worship of Vithoba but also the implementation of a duty-based approach towards life emphasizing moral behaviour, strict avoidance of alcohol and tobacco, a vegetarian
diet and fasting twice a month along with the reading of holy texts and singing of ‘kirtans’ and
‘bhajans’.

Pandharpur is a town in southern Maharashtra state located in western India. It lies in an upland
plateau region along the Bhima River, about 55 KM west of the Solapur.

Pune has a hot-semi arid climate year-round with an average temperature ranging from 19-33
degrees Celsius. April and May are the hottest months in Pune when the temperature reaches up to 42 degreesCelsius.

Solapur district is also known for its many ancient temples that include Kapil Siddha Mallikarjun at Solapur, Kashi Vishveshwara Mandir at Jeur, Ancient and medieval-style sculptures can be seen in the temples at Bibi Darfal, Nimbargi, Chapalgaon, Narayan Chincholi, Shejbabhulgaon, Tarapur,
Karkamb, Borale, Dahitane, etc. There are beautiful sculptures of ‘sursundaris’ at Varkute and Koravali.

• One Day Picnic by the banks of the river Bhima.
• Drive a couple of hours out of Pandharpur to the Nannaj Bird Sanctuary to see the Great Indian Bustard

Solapur is rich in many holy places including famous temples. These temples serve food to the
pilgrims during festival seasons and it is called ‘Mahaprasad’. It starts with simple rice, lentils
and vegetables, but is topped with a Solapur special pudding called ‘lapshi’. It is prepared
with cracked wheat or broken wheat mixed wit sugar or jaggery. This pudding gets a special
flavour from the wheat’s grainy texture used in it. Sometimes, a spiced version of Sheera is also
served for dessert. Amati, which is also an item in Mahaprasad in some places, is a tangy version
of Dal with grounded spices. Even though the food is given free, it is of high quality as well as
nutritious and prepared in a homely kitchen within the temple premise.

Accommodation options are good and rents depend on the room and type of hotel one chooses to stay. Staying facilities are available in Solapur as well as in the temple area. There are many private hotels as well as government accommodations such as MTDC resorts and hotels. Pandharpur Police Station: 1.2 KM Rukmini Multispeciality Hospital: 0.4 Km 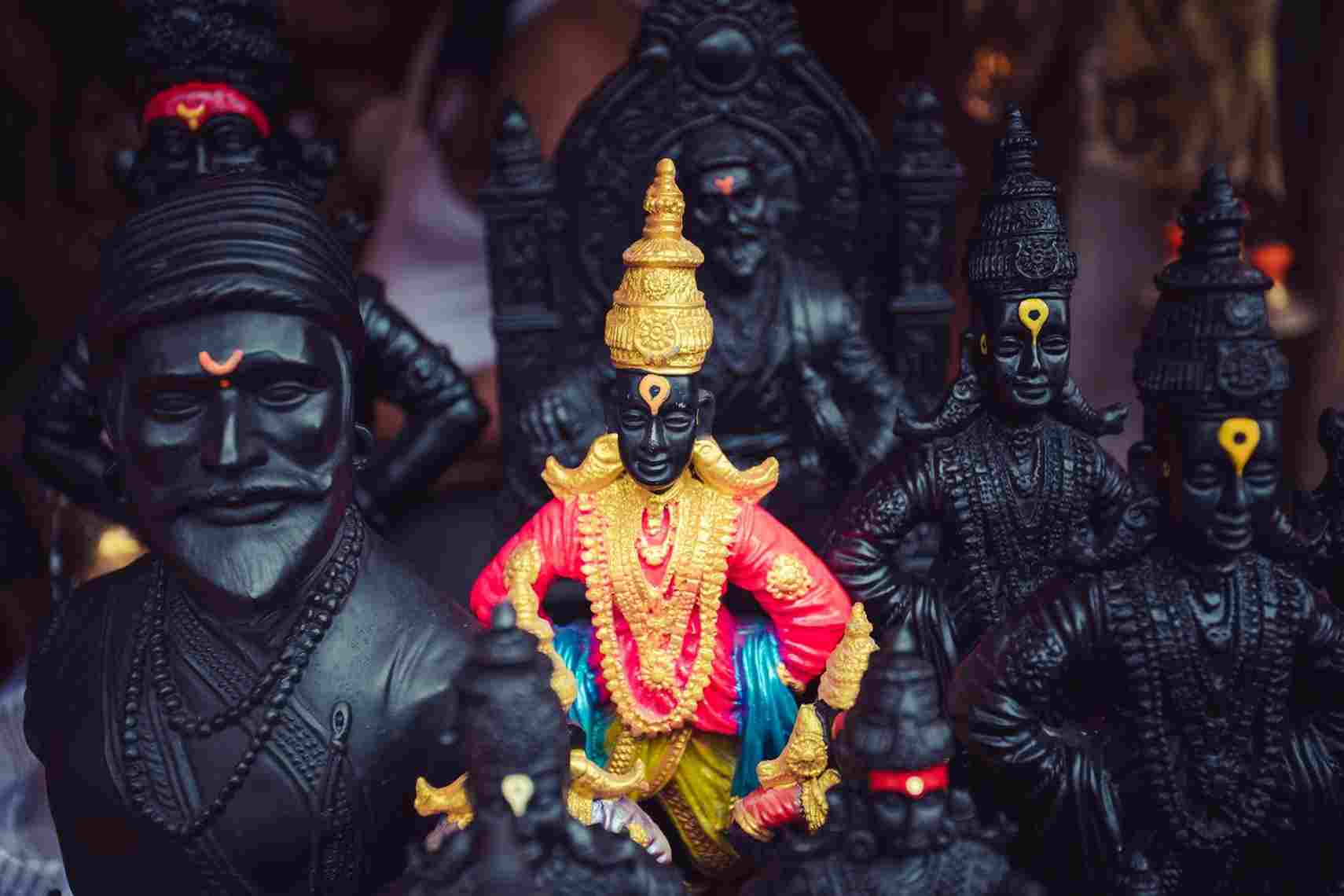 Mere words cannot suffice to describe the intense spirituality that Pandharpur is associated with. Revered for its temple dedicated to Lord Vitthal, it is one of the most sacred towns in Maharashtra and is also the seat of the Warkari sect which has given the state a unique cultural and social dimension. Located in Solapur district, it has been named after a merchant who achieved self-realisation here. 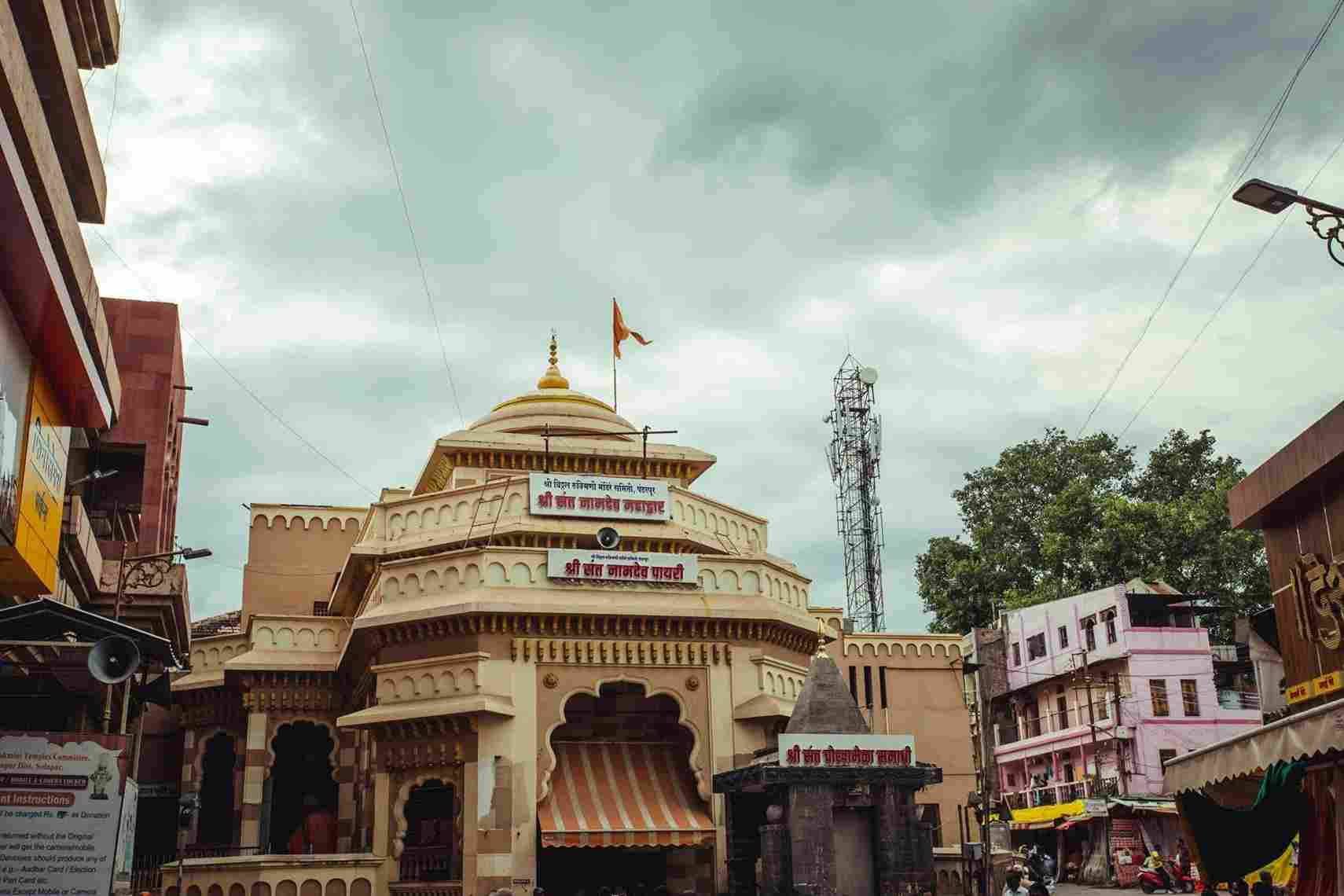 Beyond the big quadrangular wooden hall with ‘deepmalas’ is a shrine of Lord Hanuman in a narrow vestibule that has three openings leading to the ‘sola khambi’ i.e. a square hall, the ceiling of which is shouldered by 16 beautifully carved pillars. The sanctum and the ante-chamber are small structures, plain and simple. The temple complex accommodates various shrines, halls, cloisters, etc. As such, the temple, as it stands today, is a composite ensemble of various buildings erected during the 16th through 18th centuries CE. 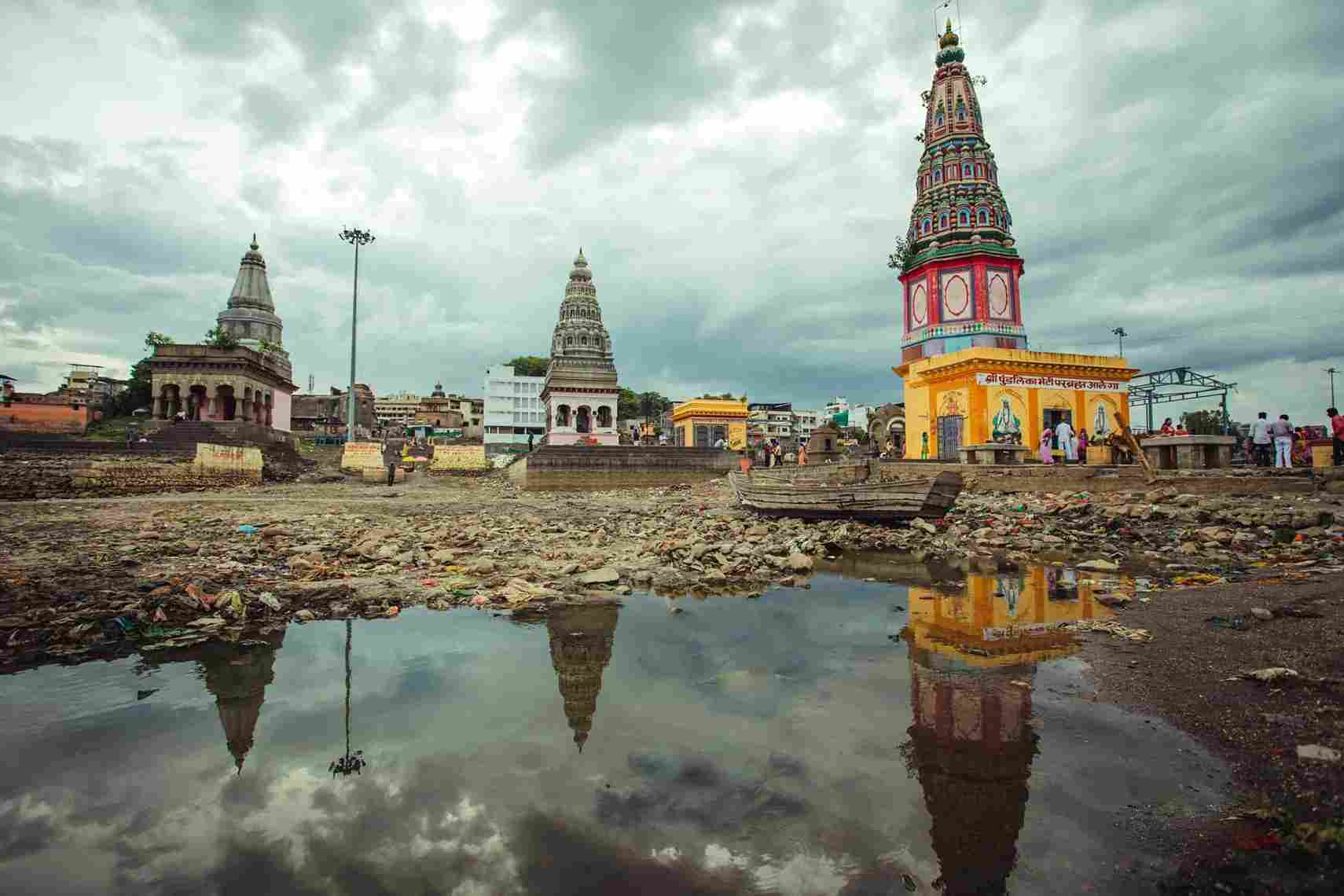 New temples and other structures were built and the Peshwas of Pune, the Shindes of Gwalior and the Holkars of Indore where among those who helped reconstruct the town with shrines and palatial buildings. However, the primary factor that firmly put Pandharpur on the socio-cultural map of Maharashtra was the establishment of the Warkari sect and the temple dedicated to Vithoba. 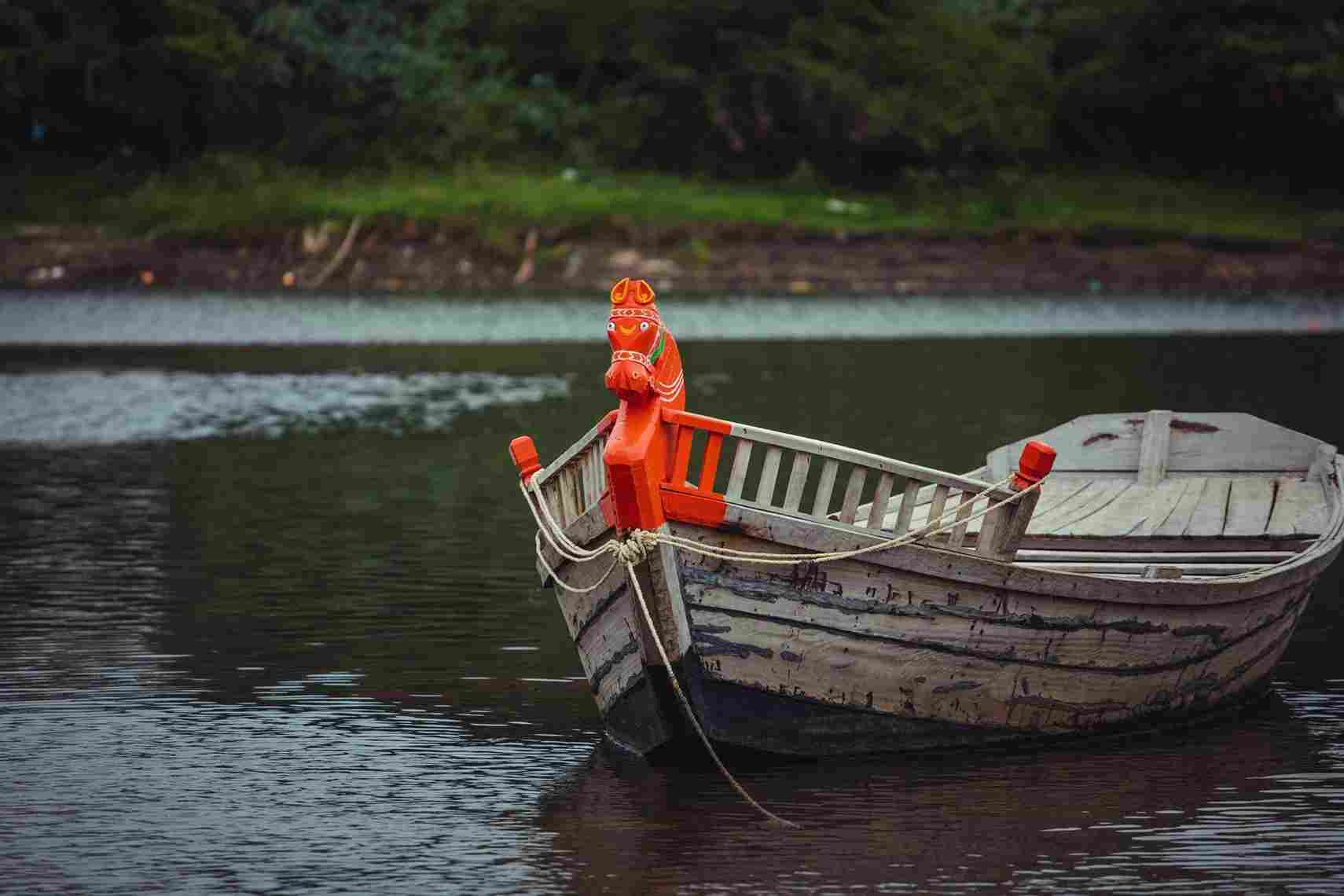 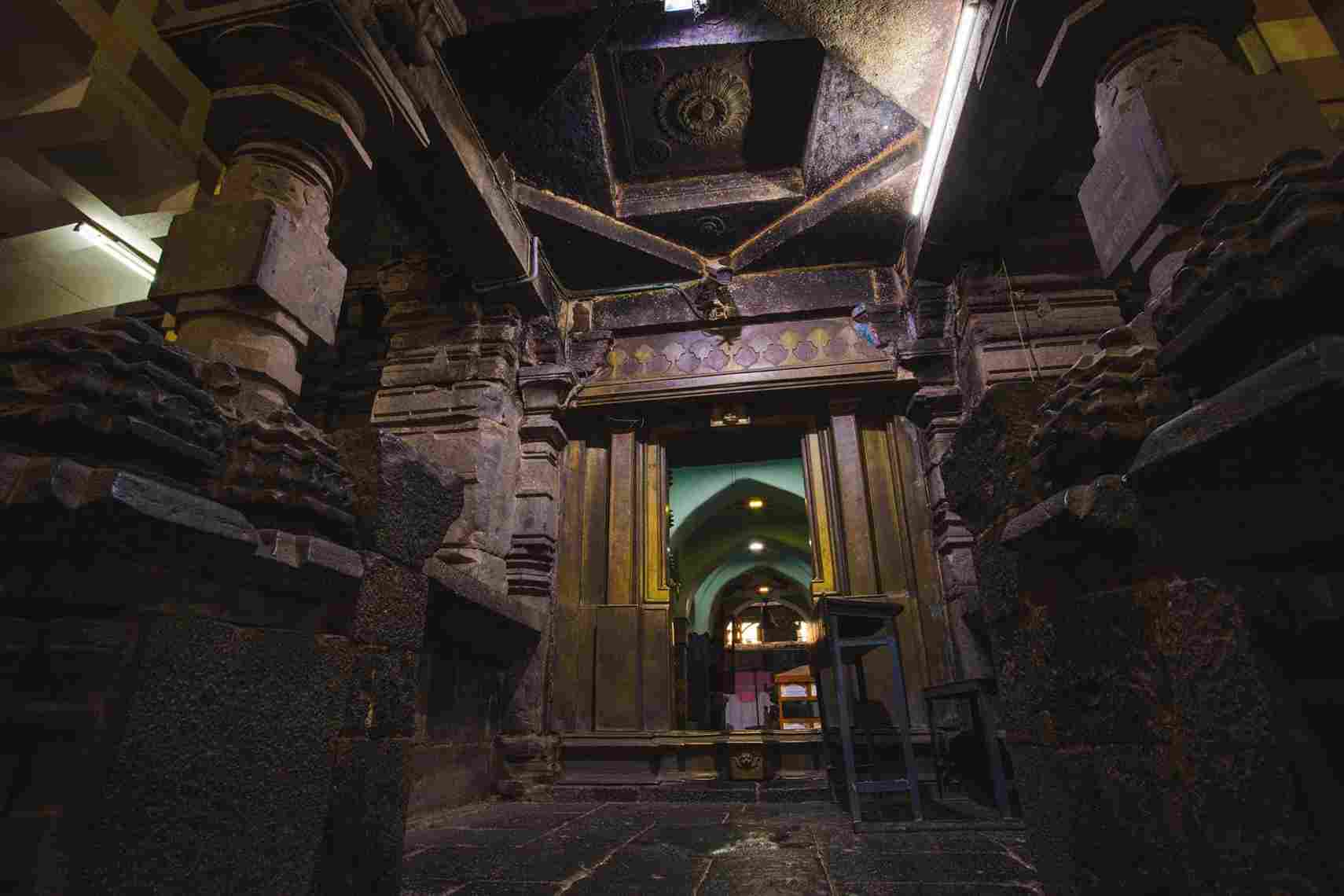 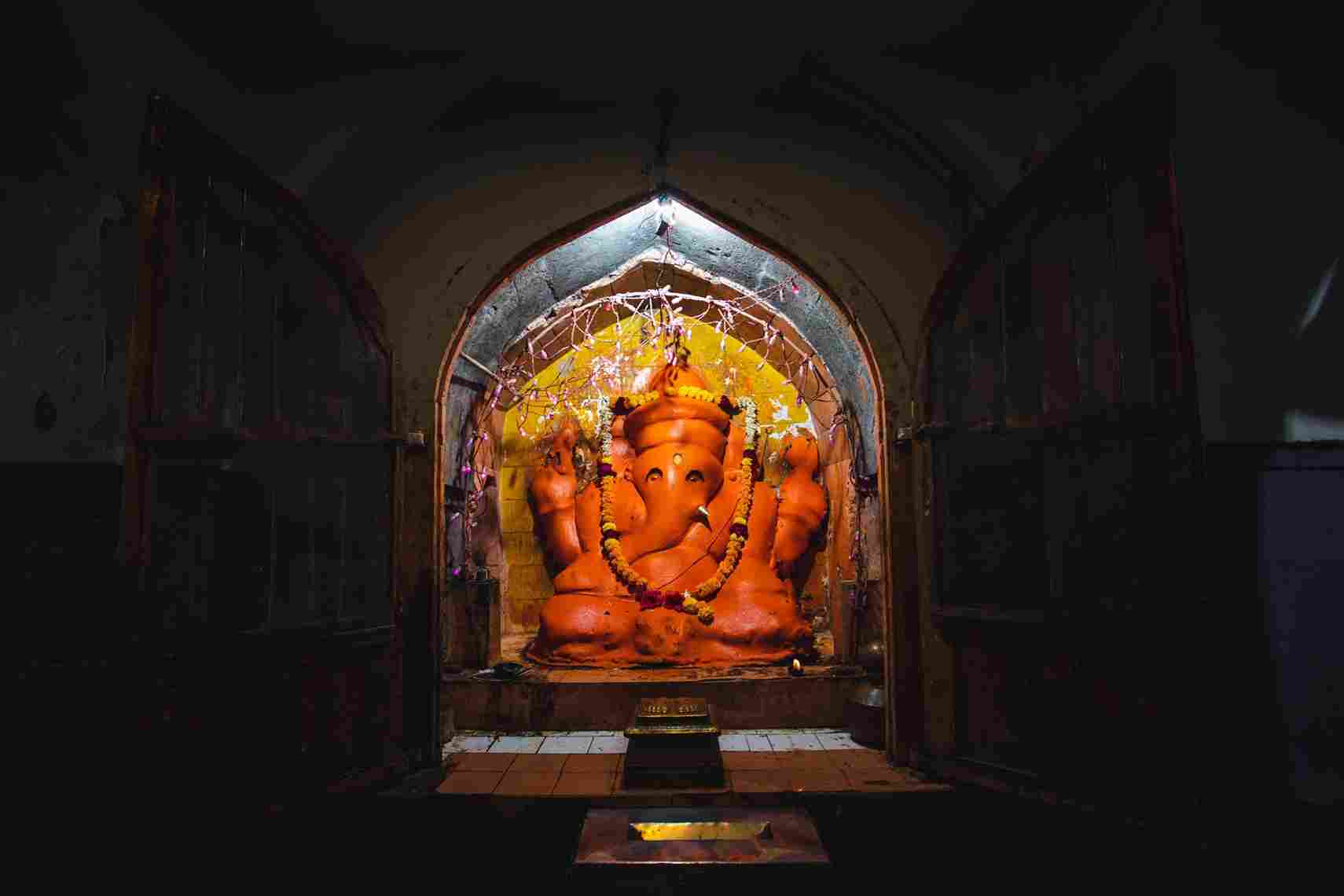 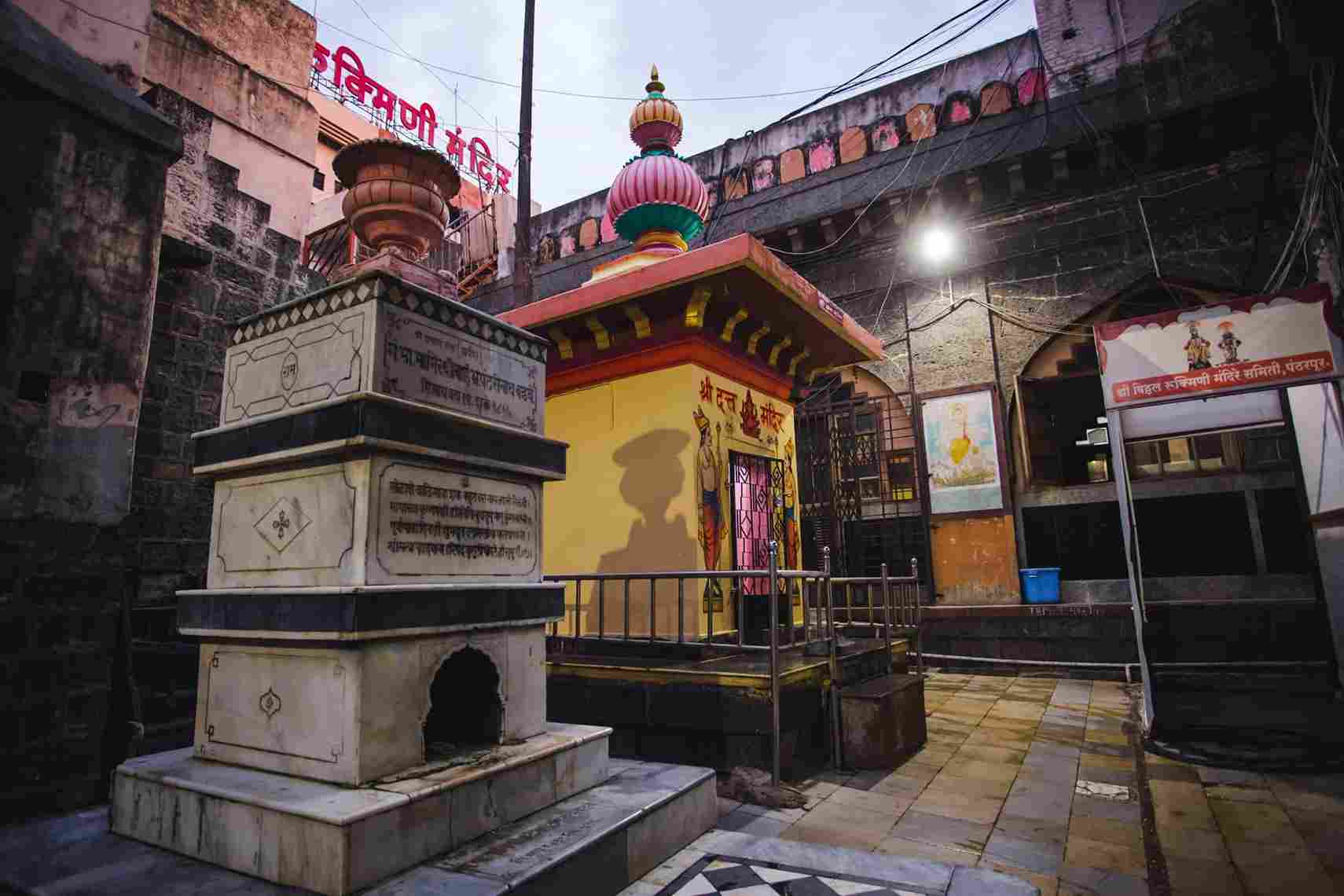 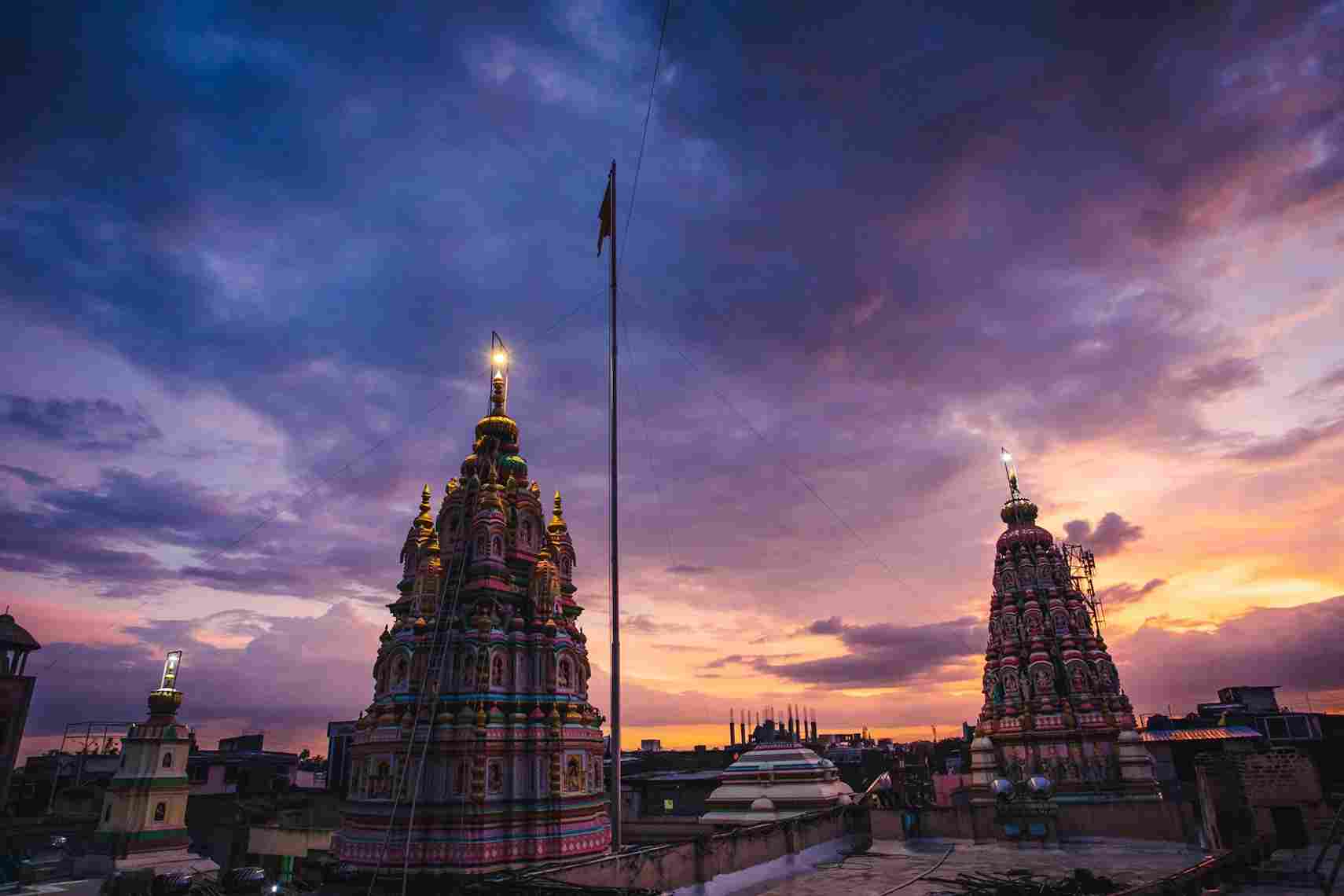 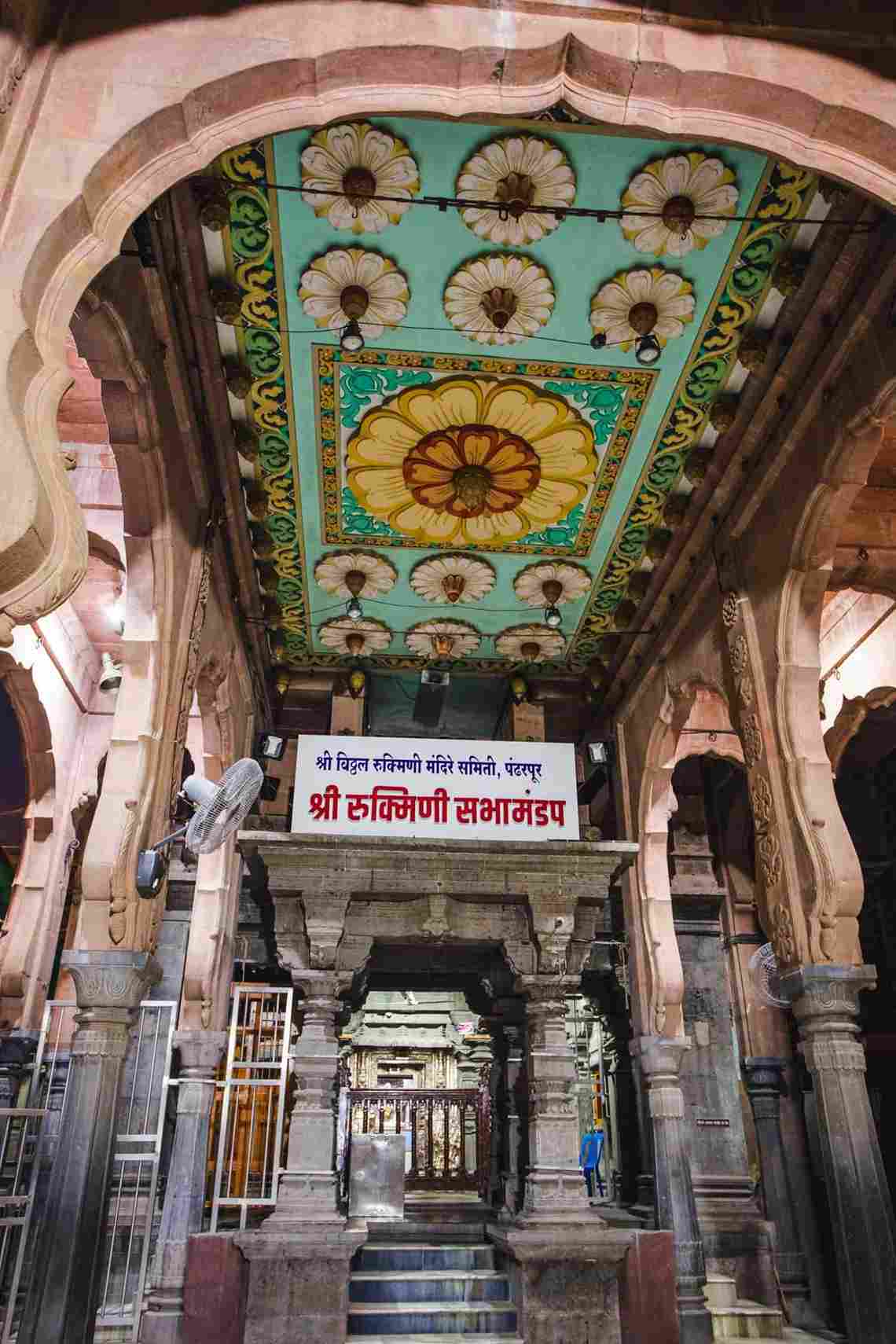 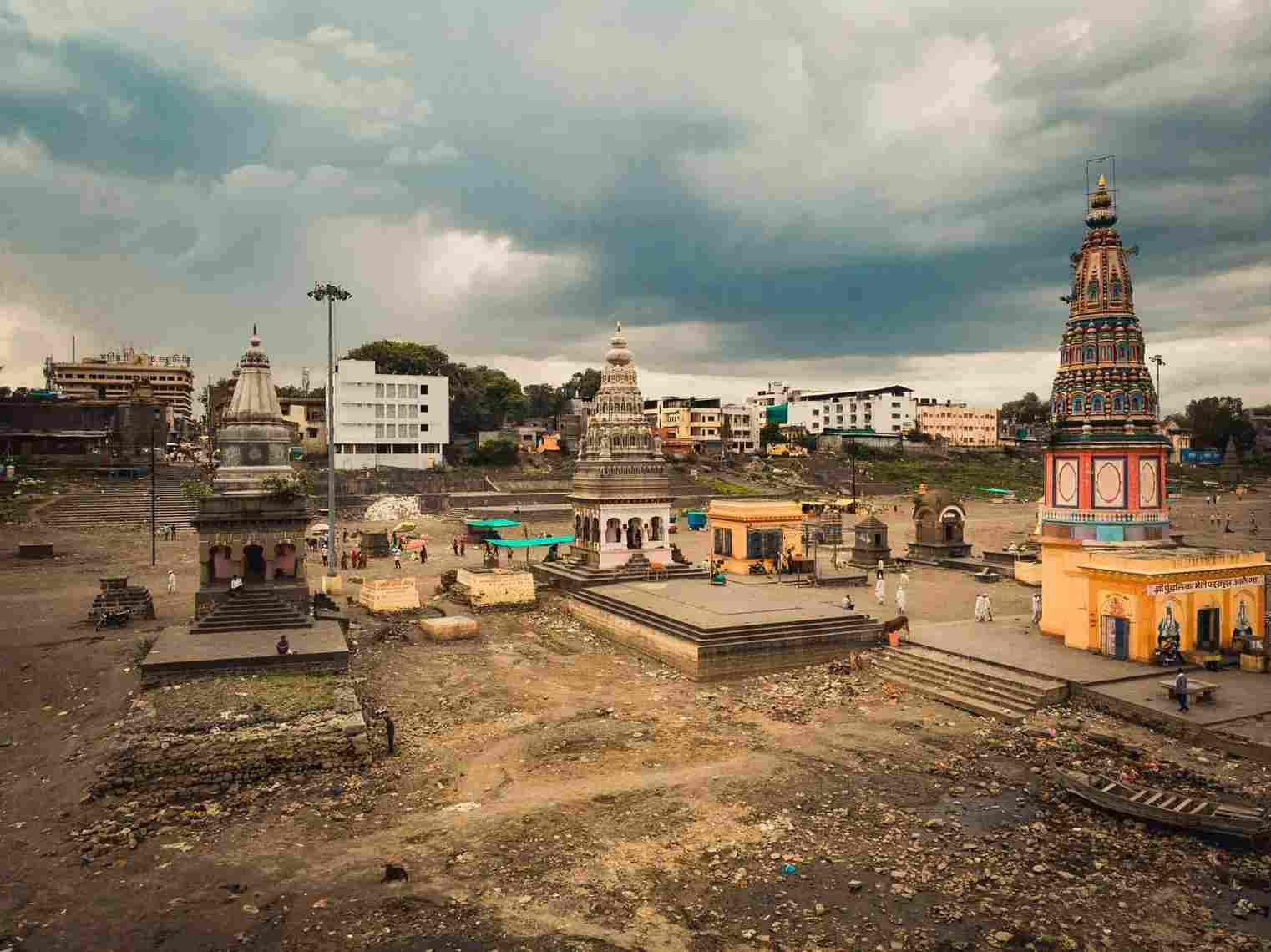 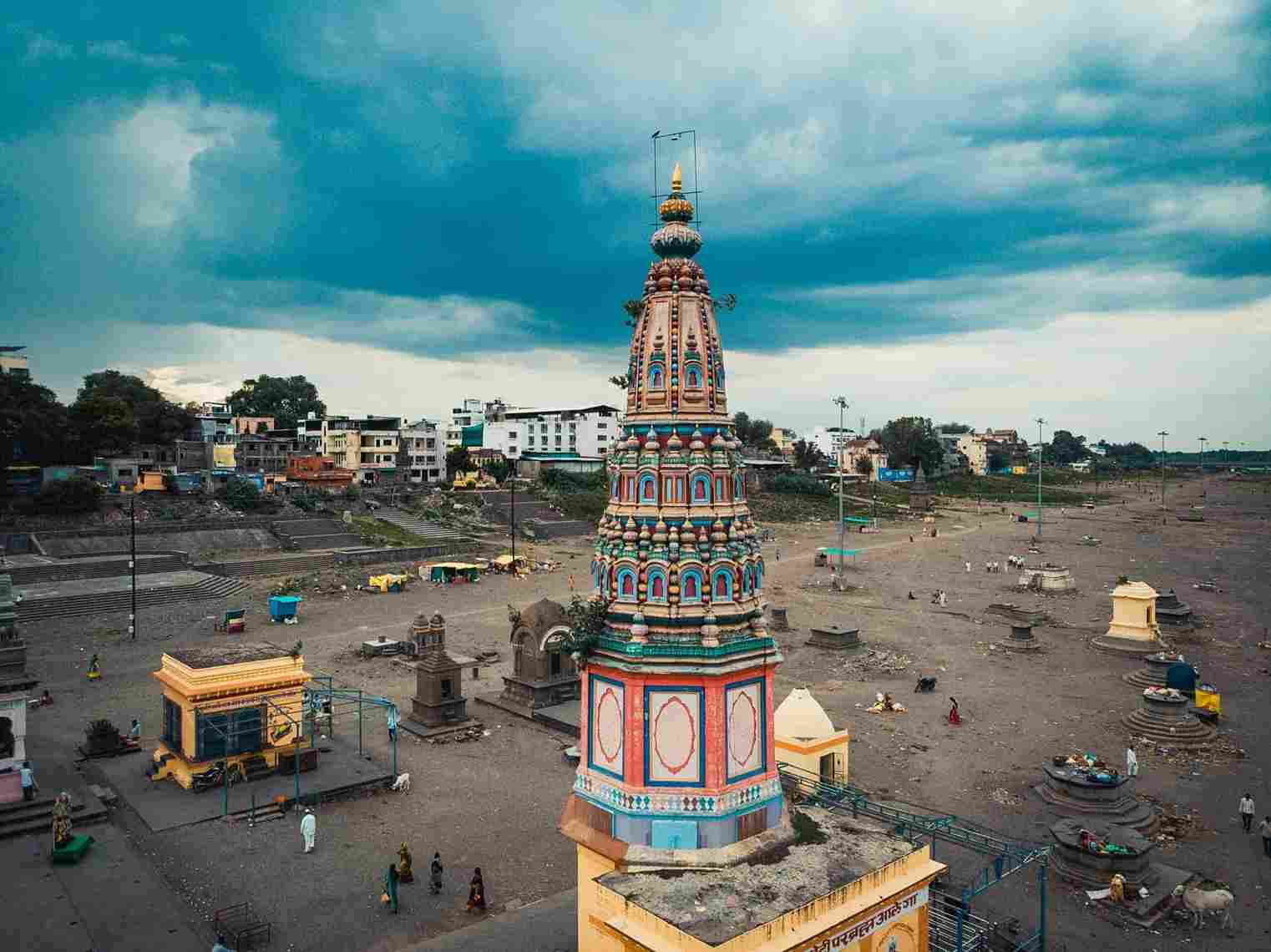 Many State Transport buses connect Pandharpur to major cities in Maharashtra. It is well connected by several State Highways.