The Kolhapur Townhall Museum is famous for the wide range of artefacts from different periods. The museum building is an example of neo-gothic architecture. It is considered the must-visit place of Kolhapur.

The Kolhapur Townhall Museum was inaugurated in 1945-46. It was constructed to store the findings of the excavations of Brahmapuri Hills, excavated in the 1940s. The excavation resulted in the findings of artefacts belonging to the Satavahana and Shilahara-Bahmani periods. Currently, this museum stores a variety of relics, paintings of well known local artists such as Ravindra Mestry, Baburao Painter, Dattoba Dalvi and Abalal Rahiman. In addition, one can witness the archaeological findings, sculptures, weapons, bronze objects, stone age axes, guns used in world war one and many more incredible things. The figurines of the Greek God Poseidon discovered in the archaeological excavations at Kolhapur are the centre of attraction in the museum.
The museum is historically significant. One must keenly observe the neo-gothic structure built-in 1876 by the British Engineer Charles Mant. Two cannons and elephant sculptures from the 18th century are placed at the entrance of the museum. These originally belonged to Mahalaxmi Temple.
The premises of the Kolhapur Town Hall Museum is surrounded by beautiful lawns and a well-maintained garden giving the true feel of nature’s company. The Museum is maintained by the Directorate of Archaeology and Museums, Government of Maharashtra.

Kolhapur is a city in the Southern part of the state of Maharashtra.

One can spend the day exploring the museum. Also one can enjoy the nearest lake, fort and many more.

One can find Maharashtrian Cuisine in any of the nearby restaurants.

There are various types of accommodation facilities available near the museum:-
●    The nearest police station is Shahupuri Police Station. (2.3 KM)
●    The nearest hospital is Shree Balaji Hospital. (4.5 KM) 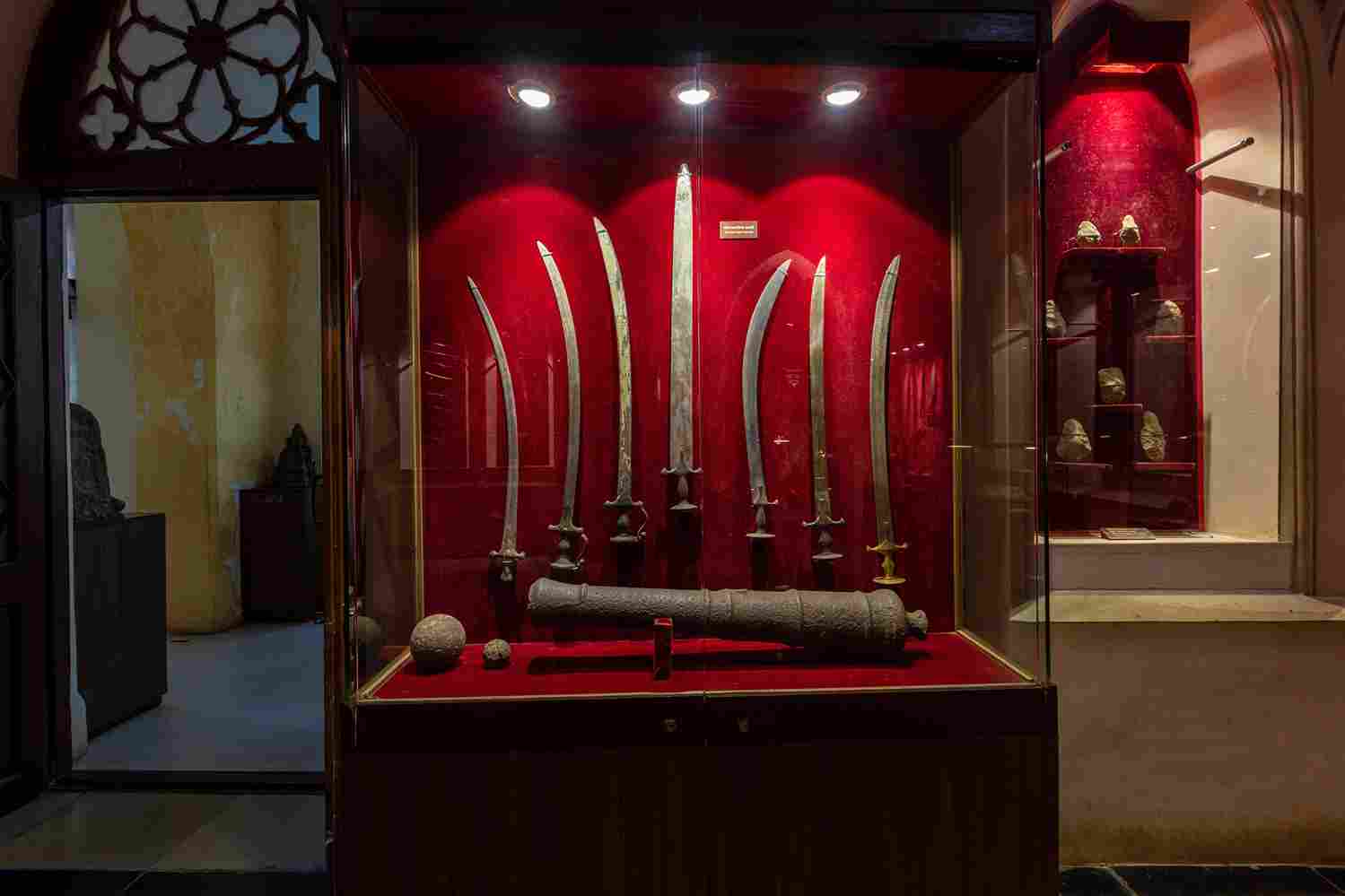 Re-visiting the past can always be a fun-filled exercise. Not only because it opens a window into our ancestral lineage but for the rich tapestry of information it yields, thereby enhancing our knowledge of a country, a particular region, of the lives led then, of cultures, and society in general. This is what you experience at the Town Hall Museum in Kolhapur which, in particular, has relics of the Brahmapuri settlement and paintings and portraits of some of the best known artists of the country 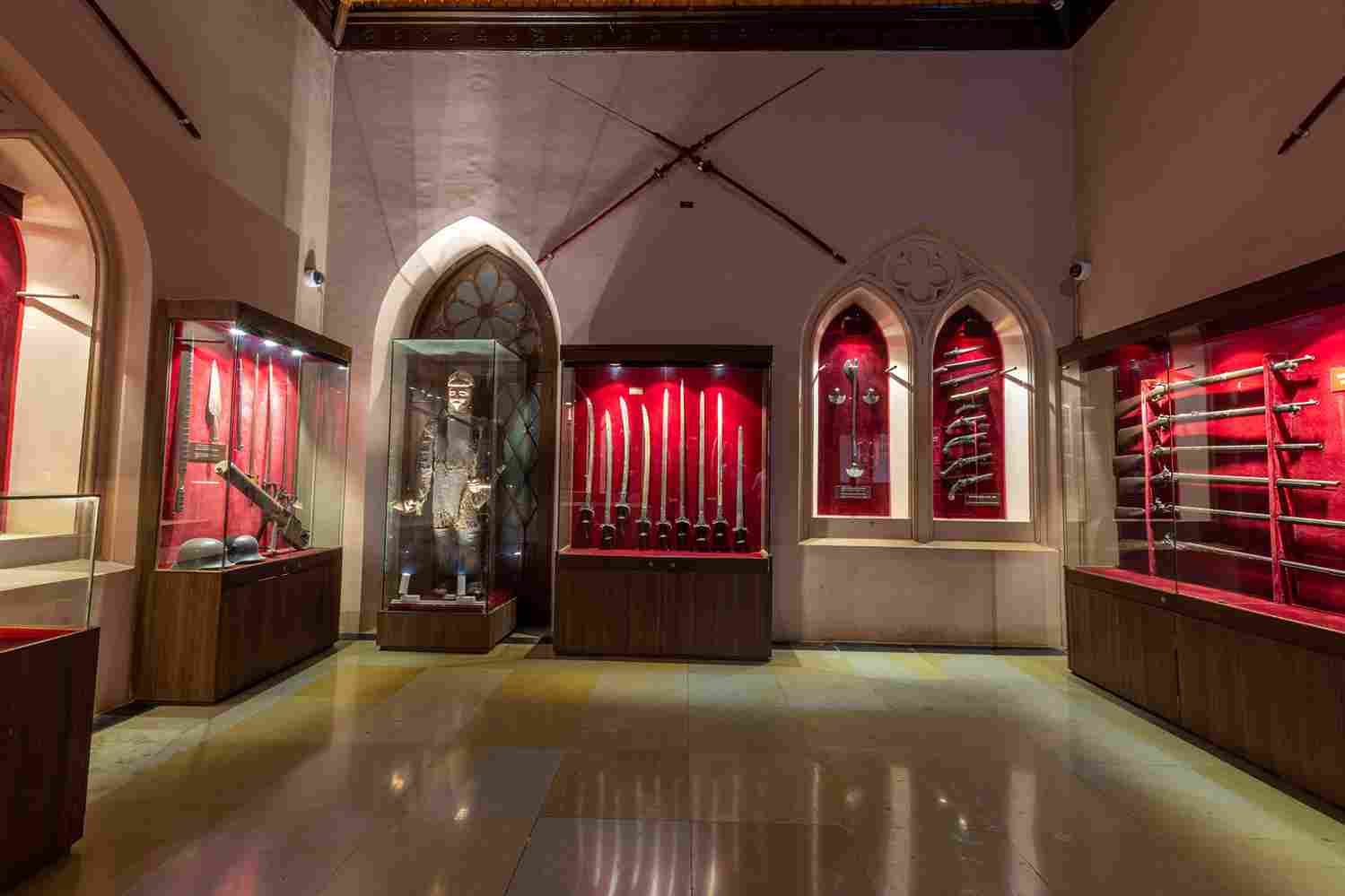 Mention Kolhapur and many images instantly come to the mind, but most vividly that of its age-old Mahalakshmi Temple. Then there is of course the special cuisine of the city, not to mention the Kolhapuri chappals. However, the city is also famous for its Town Hall Museum, located down the Bhausingji Road opposite the Chhatrapati Pramilaraje Rugnalaya, the city’s civil hospital. The imposing museum is housed in a British-built structure that was constructed by Major C. Mant, a British engineer, over a span of four years from 1872-76. The museum’s concept took shape after archaeologist Dr. H. D. Sankalia along with Dr. M. G. Dikshit from Pune were appointed to carry out excavations on a hillock called Brahmapuri. This eventually unearthed many relics so that it became necessary to find a place to store them in safety. 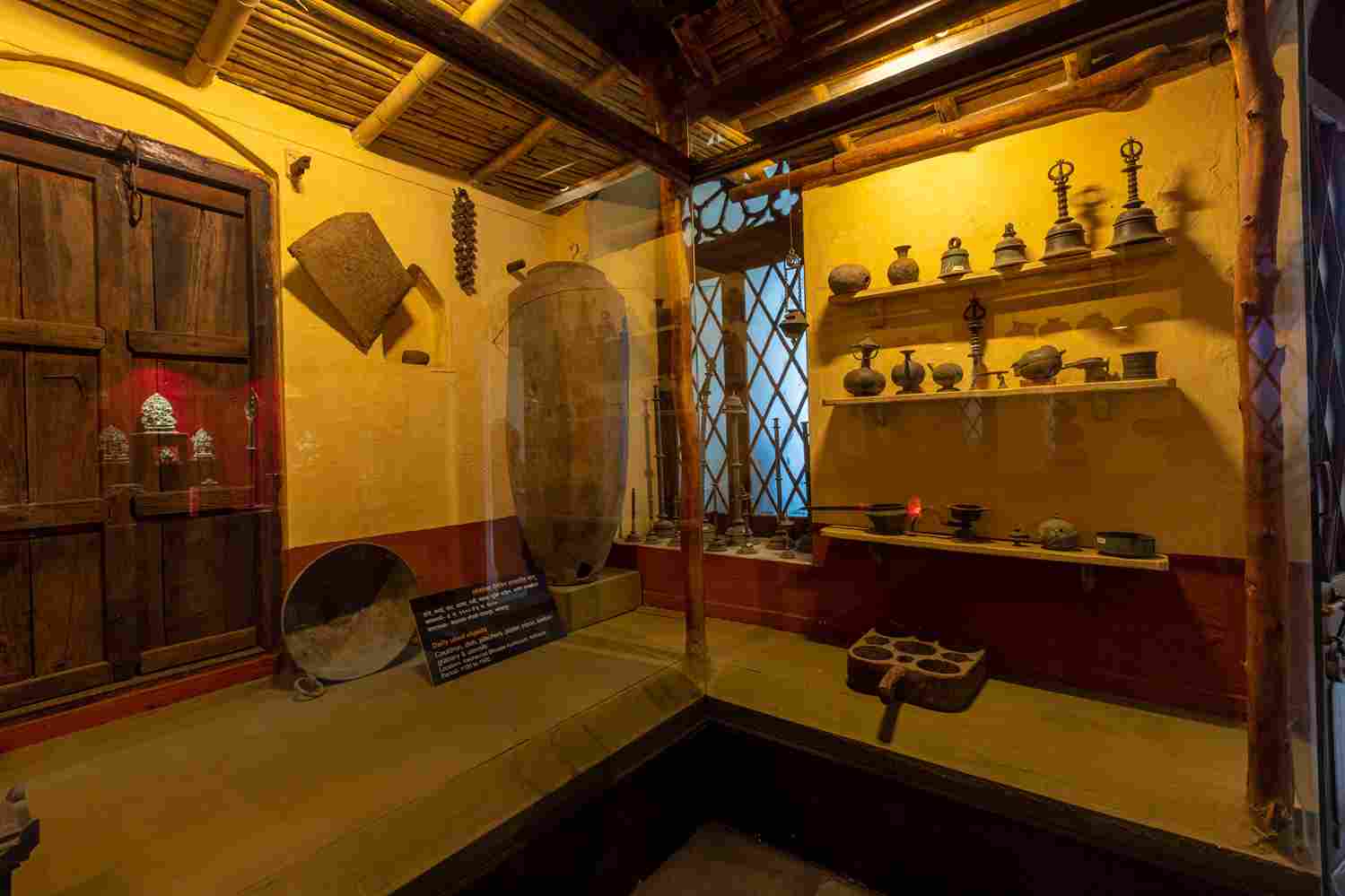 At that time, there was no proper building to house the relics. Therefore, a make-shift museum was set up in a Jain ashram.The collection was later shifted to Dr. Sankalia’s residence but space restrictions demanded that a permanent place be found. Beginning with just weaponry and pottery, the museum also began to acquire the works of distinguished artists from Kolhapur and elsewhere. Now, all the exhibits have been classified into seven precise sections, namely portraits, paintings, archaeological, sculpture, metal, weapons, and miscellaneous. 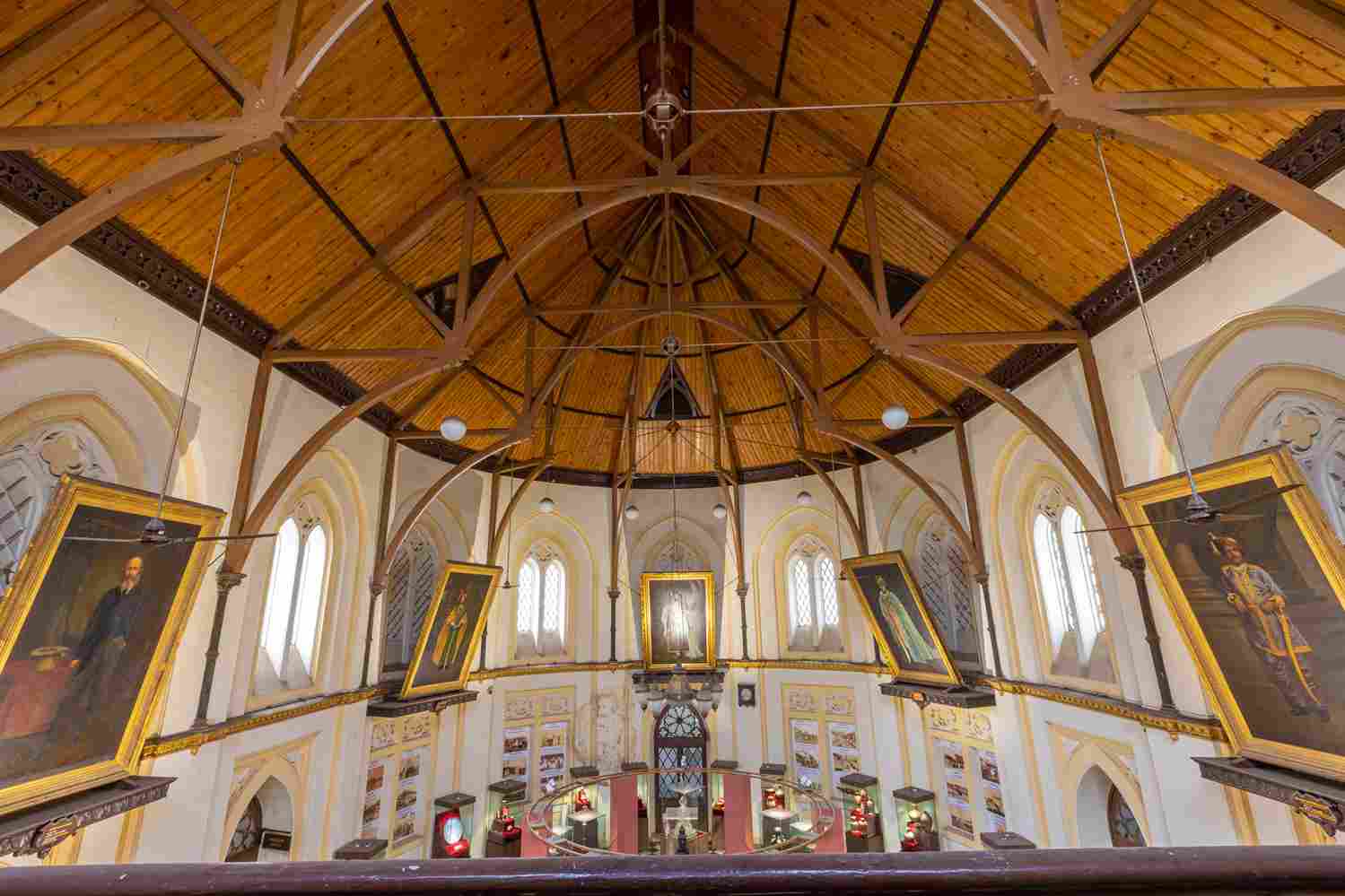 Wide-eyed curiosity will come into play right from the entrance where you will find two impressive 18th century cannons behind which are placed a pair of medieval elephant sculptures obtained from the Mahalakshmi Temple. Some of the other artefacts that will hold your attention include stone sculptures; a myriad collection of weapons right from Stone Age hand axes to guns used in World War I; beautiful idols made of ivory and sandalwood; porcelain dishes; dices; decorative pots painted with a layer of lac; terracotta musical instruments dating back to 1888; and above all, the paintings of Kala Maharshi Baburao Painter, better known for his pioneering work in the evolution of Indian cinema. 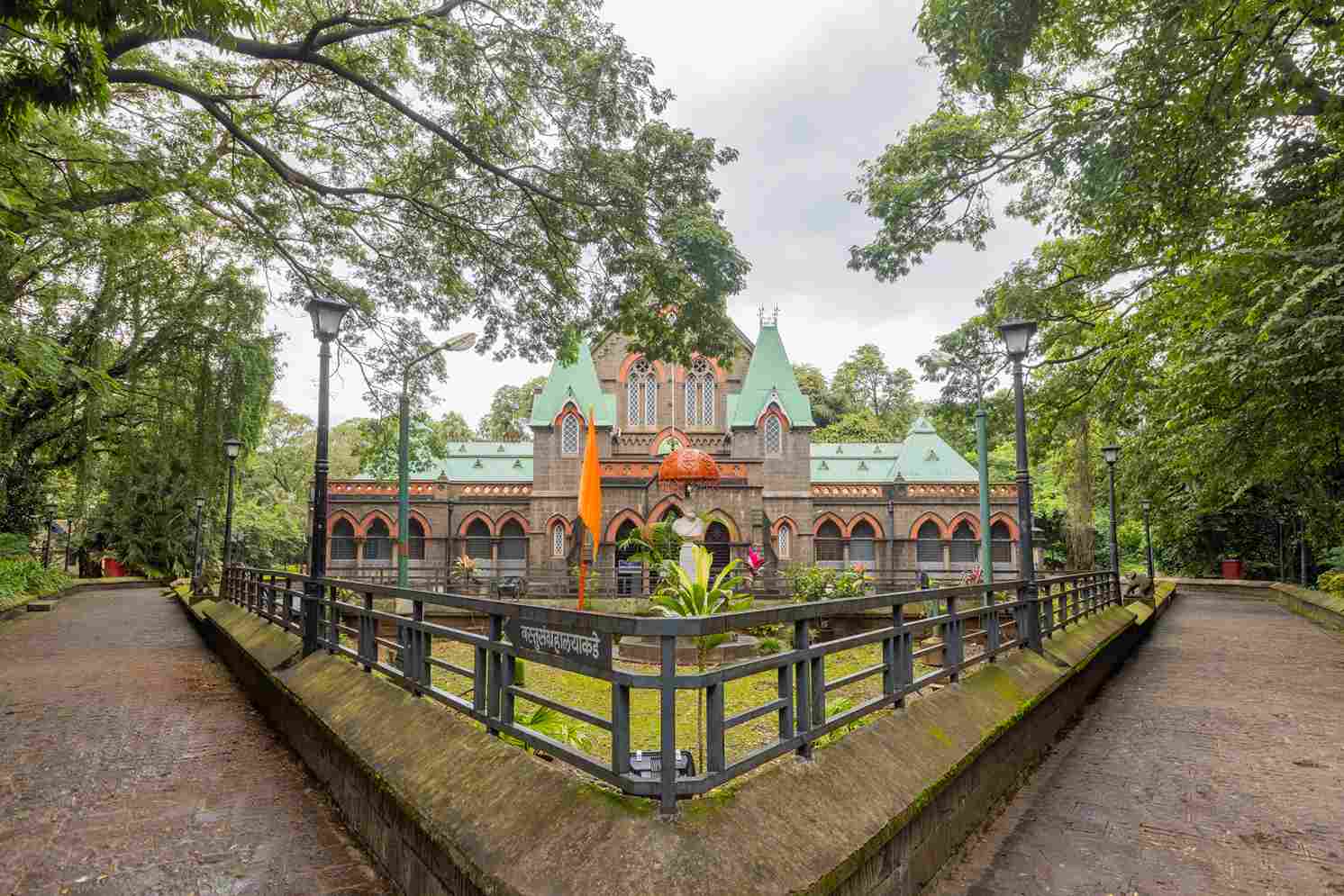 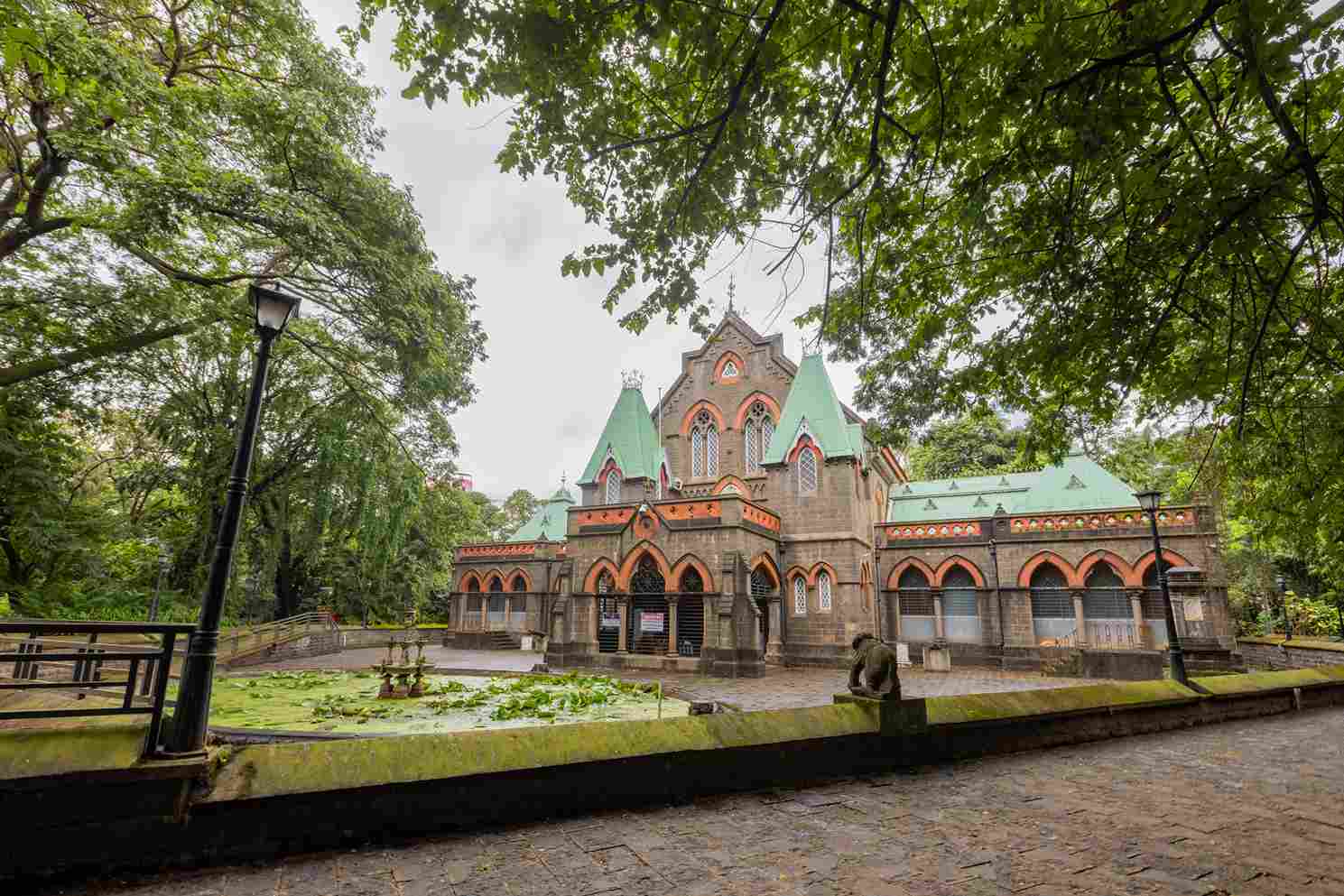 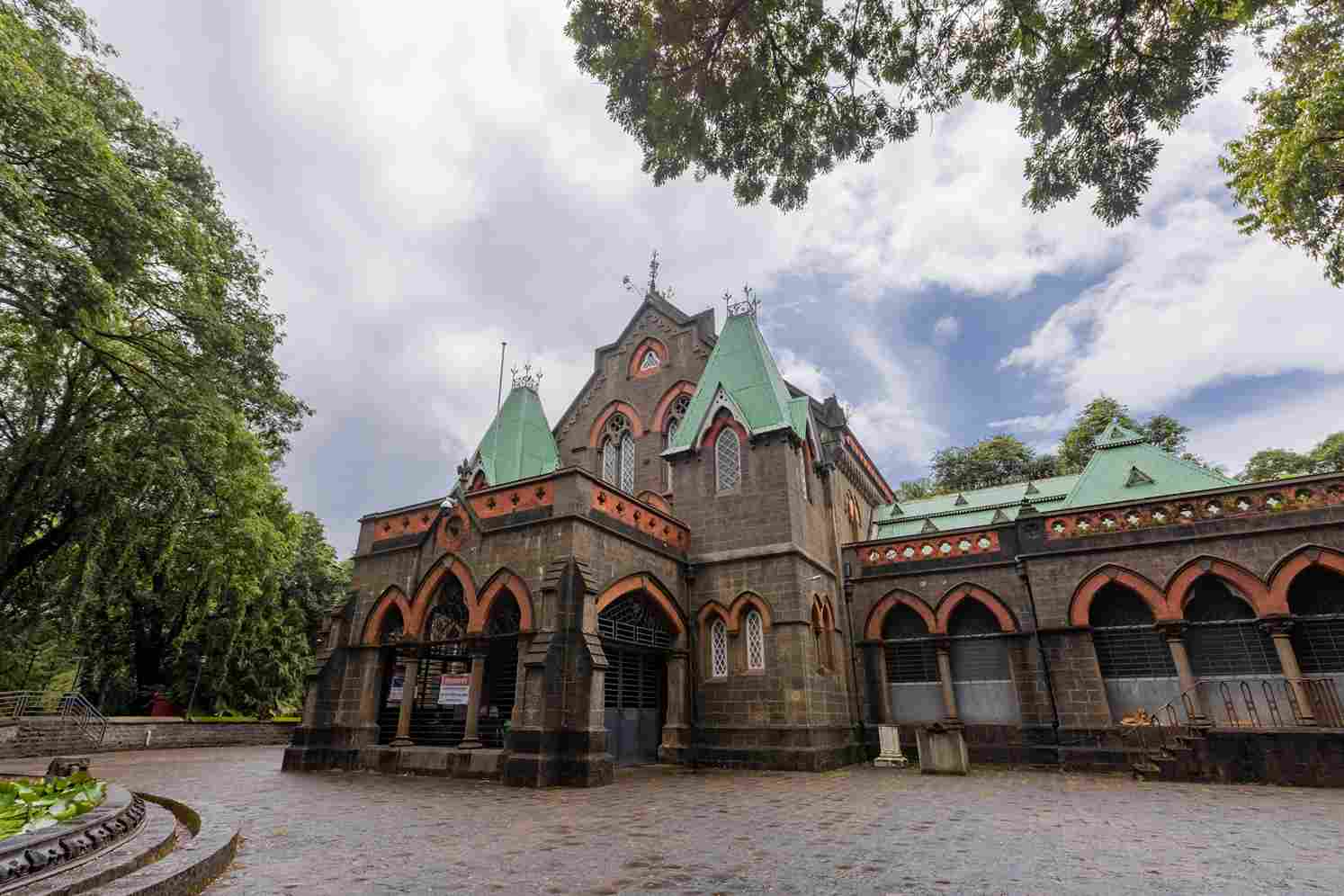 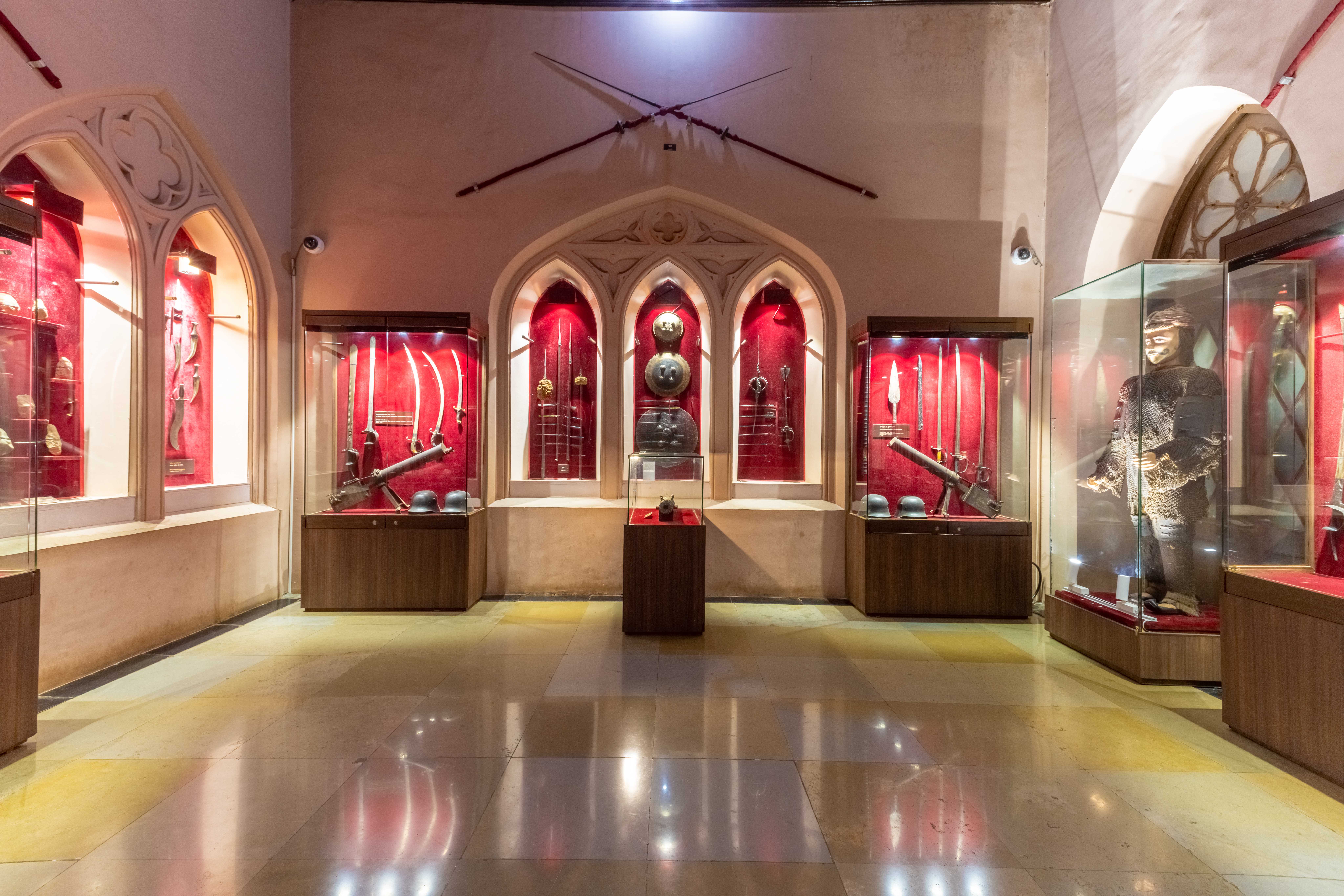 The National Highway 4 links Mumbai, Pune, Kolhapur and Goa. There is multi-lane expressway that makes the drive easy. Regular bus services are available between major cities.

Kolhapur has a domestic airport, though flights are infrequent.