Nashik is an ancient city and the largest city in the northern region of the Indian state of Maharashtra. It is situated on the banks of the River Godavari and surrounded by nine hills. Nashik is popularly known as the Wine and Grape capital of India. Nashik is recognised as one of the destinations for the famous Kumbh Mela.

Nashik was known as Panchavati before the Ramayana period. Lord Rama, the King of Ayodhya, made Nashik his place of residence during his 14 years in exile. At the same place Lord Laxman, on the command of his elder brother of Lord Rama, cut the nose of thus this city was named as Nashik. It is even known as the lands of the brave during the regime of Chhatrapati Shivaji Maharaj. The most important historical significance is that Kumbh Mela is held at Nashik once in twelve years, out of 4 places in India.

Nashik is located on the banks of the Godavari River in North Maharashtra. Nashik is the third-largest city in Maharashtra after Mumbai and Pune. Nashik lies in the northern part of Maharashtra state at 0.7 KM (2,300 ft) above mean sea level which offers an ideal temperature variation, particularly in winters. Located 212 KM to the north of Pune, 183 KM to the west of Aurangabad and 167 KM to the northeast of Mumbai.

Nashik is considered the spiritual capital of Maharashtra. Tourists can visit various pilgrim places in and around Nashik. Various tourists gather for the Kumbh Mela, which is held once in twelve years in Nashik and Trimbakeshwar. Nashik is also popularly known as the Wine capital of India. one can visit vineyards and take wine tasting tours. Sula festival is organised around January to February, where artists from International and National music bands perform. Gangapur Dam provides water sports facilities and explores scenic beauty.

Tourists can visit places like Someshwar which is a picnic point around Nashik and it has scenic beauty as well as Dudhsagar waterfall. During Navratri season, the city gets illuminated with lights and fairs for ten days.

Dadasaheb Phalke Museum:
It is located within Nashik City on Mumbai road (NH 3), about 8 KM from Central Bus Stand. Dadasaheb Phalke was the legendary person who was the progressive spirit behind the century-old Indian Cinema. He was born in Nashik on 30th April 1870. In 1913 he produced the first Indian film Raja Harishchandra and in the span of about 20 years he produced around 95 films and 26 documentaries in a studio which was set up in this city. This memorial is a tribute to this great insightful personality popularly know as the Father of Indian Cinema.
Gargoti Museum:
The Mineral Museum is situated in the Malegaon industrial area of Sinnar which is at a distance of 28 KM from Nashik city. Sinnar is a small town, famous for the award- winning mineral museum called Gargoti Museum. It is the only museum in India that displays the mineral treasures of the earth like rocks, minerals and crystals of distinguished characteristics such as colour, texture, shape and appearance.
Panchavati:
Panchvati is situated on the left bank of the sacred River Godavari in Nashik city in the vicinity of Kalaram temple, there are some very old and huge banyan trees which are believed to be sprung from five banyans which gave its name to Panchvati. The name ‘Panchvati’ is derived from the words Panch which mean five and Vati which means banyan tree. This is the site where Ram kunda and Sita’s Cave is situated. Kalaram temple, Kapaleshwar temple, Ganga Godavari temple, Sunder Narayan temple, Talkuteshwar temple are some of the prominent temples in the region.
Pandava caves:
These caves are located on the Pandavleni hill at the outskirts of Nashik city on Nashik Mumbai road (NH3) Dadasaheb Phalke smarak is setup at the foot of this hill. These caves are built on the Trirasmi hill about 3004 feet above the sea. These caves are a group of old Buddhist caves (B.C.250- A.D.600). They are built in such a way that their construction saves them from the sun and the south-west trains hence much of the carved work and many long and most valuable inscriptions are still maintained unharmed through the long time period of 1500-2000 years.
Trimbakeshwar Temple:
Shri Trimbakeshwar Temple is located at a distance of about 28 KM from Nashik, Maharashtra near the mountain named Brahamagiri from which the River Godavari originates. It is believed to be constructed by the third Peshwa Balaji Bajirao (1740-1760) on the site of an old temple. Trimbakeshwar Temple is a religious centre having one of the twelve Jyotirlingas. Shree Saptshrungi.  Gad Vani:
Shree Saptshrungi Gad is situated at a distance of 60 KM from Nashik in Kalwan Tahsil. The temple is situated at an altitude of 4659 ft above sea level, on a hill which is surrounded by seven peaks. It is considered to be Ardha (half) Shaktipeeth out of three and a half Shakti Peethas in Maharashtra. The statue of the goddess is about eight feet high, carved in relief out of the natural rock. She has eighteen hands, nine on each side, each hand has grasped different weapon. Mangi Tungi Temple and hill station: Mangi Tungi Temple is 125 KM from Nashik, located in Satana Taluka. Mangi is the western summit which is 4,343 ft and Tungi is the eastern summit which is 4,366 ft high above sea level. This holy place is related to Lord Ram and Sita, Lord Krishna and his elder brother Balram.

How to travel to tourist place by Rail, Air, Road (train, flight, bus) with distance and required time

Nashik is accessible by road, rail and air.
By road: Nashik provides a good network of roads, it is 167 KM (4hr) from Mumbai on the Mumbai Agra National highway, 212 KM
(5 hr 20 min) away from Pune.
By air: The Nearest airport is Ozar airport and it is 15 KM far from Nashik, Chhatrapati Shivaji Maharaj Airport Mumbai,166 KM (4hr)
Railway Station: The nearest Railway station is located at Nasik road at a distance of 8.4 KM (20 min)

Various hotels and resorts are available in Nashik.
Nashik has numerous hospitals in the city.
General Post Office is located at a distance of 1.4 KM.
Nearest Police station is located at 280 mts.

MTDC Resort nearby details
MTDC resorts are available in Nashik.

Nashik is accessible throughout the year. The places around it can be best enjoyed during monsoon season i.e. June to September. Winter is also the best season to visit Nashik. The best months to visit are October to March. 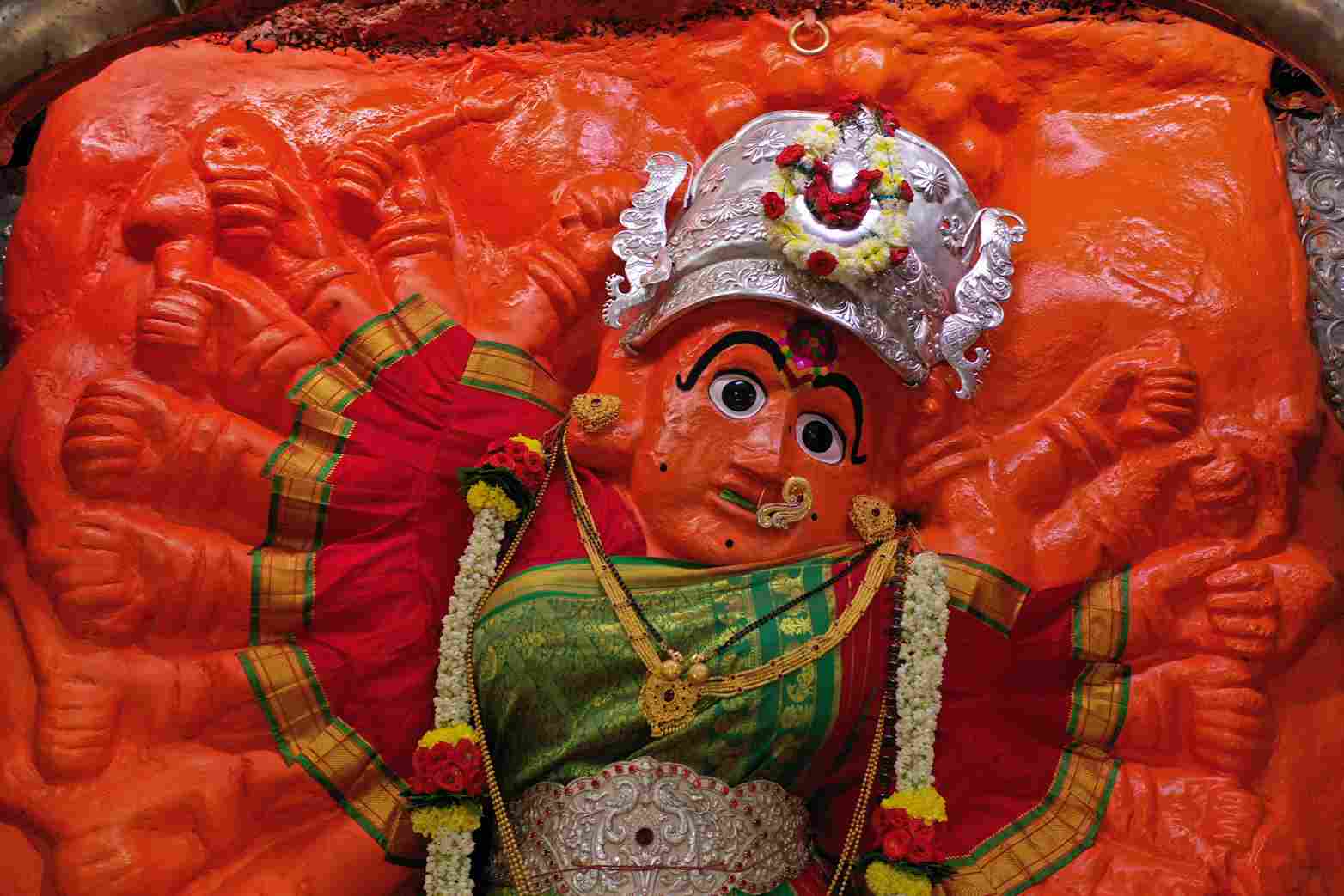 Located in north-west Maharashtra, 171 kilometers from Mumbai and 210 kilometers from Pune, Nashik is the third-largest city in the state after Mumbai and Pune. It is also a city that has lured people from distant regions for hundreds of years. In fact, the antiquity of the city goes back to prehistoric times and archaeological excavations carried out here on the banks of river Godavari have revealed the evidence of habitation from the Chalcolithic age dating back to approximately 1,400 – 1,300 BCE. Above all, it is the link that Nashik provides with the epic Ramayana that makes it so very important to both, the faithful and the historians. 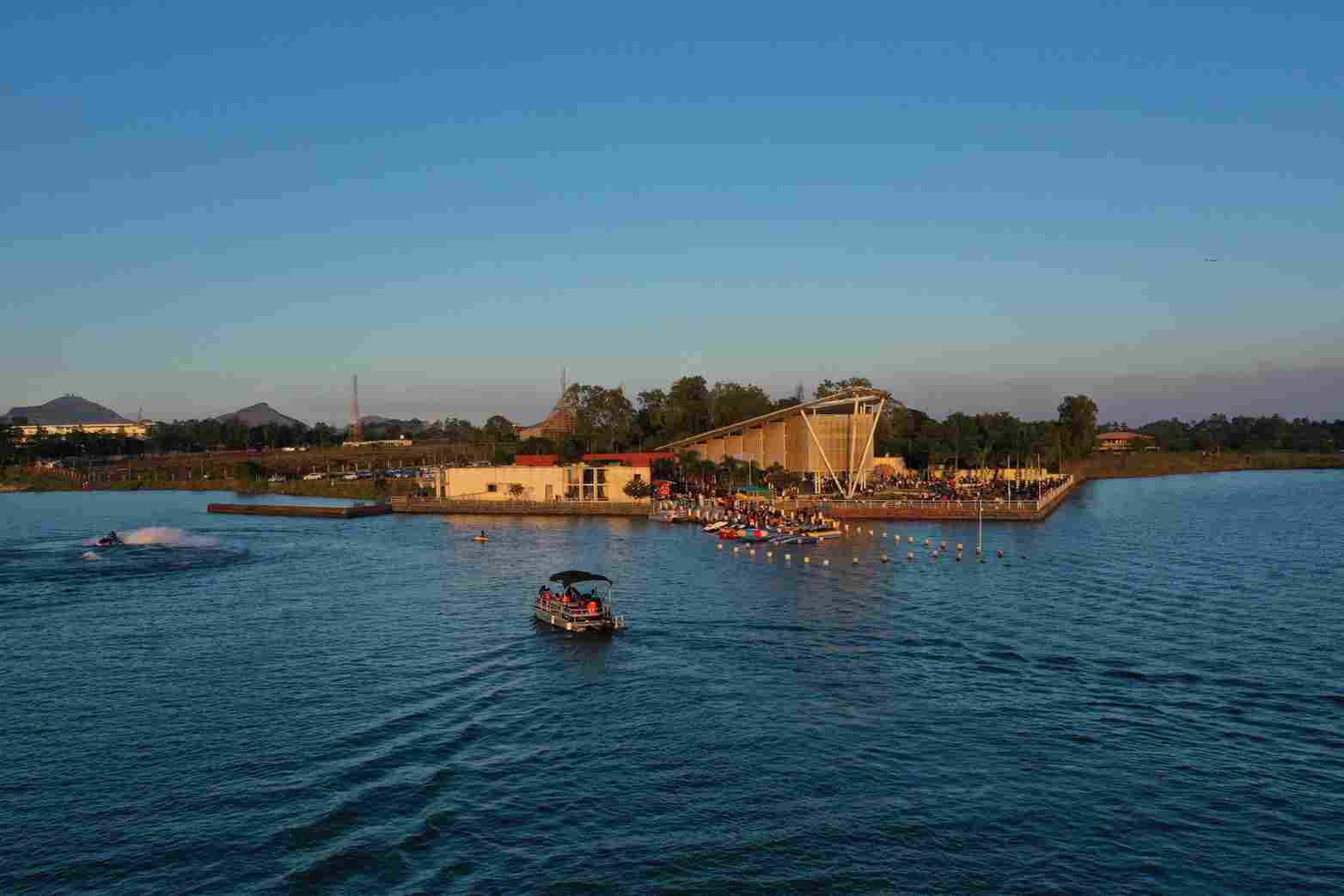 The small town of Anjaneri is also famous for the internationally acclaimed Indian Institute of Research in Numismatic Studies. It has a very informative money museum explaining the development of currency in India through the ages. The temple at Trimbakeshwar, one of the 12 ‘Jyotirlingas’ (the phallic emblem of Shiva with fire), is considered the most sacred of all such places. The town of Trimbakeshwar is located at the origin of the river Godavari, considered the Ganga of the Deccan. 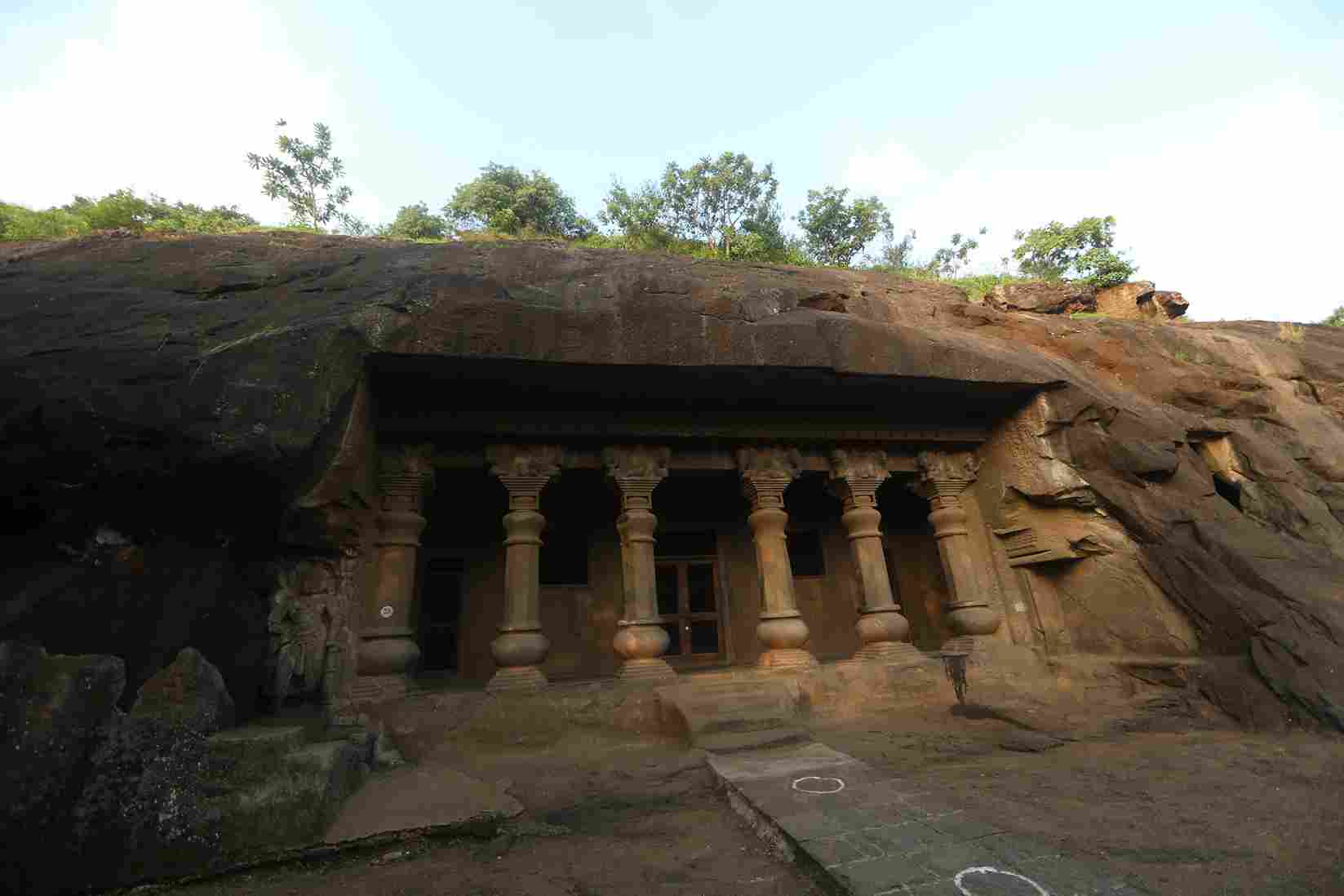 The archives of the Brahmin priests in this town are remarkable for preserving the records of the families for whom they have been conducting the rituals for generations together. The Kumbh Mela is celebrated here during Simhastha (i.e. when Jupiter and Sun are in the zodiac sign Leo) which comes after every 12 years. At this time, millions of Hindus - both ascetics and other devotees - gather and bathe in the river. Trimbakeshwar is also associated with Nivruttinath, brother of Sant Jnaneshwar and is therefore considered a special seat of the Naath Sampradaya. 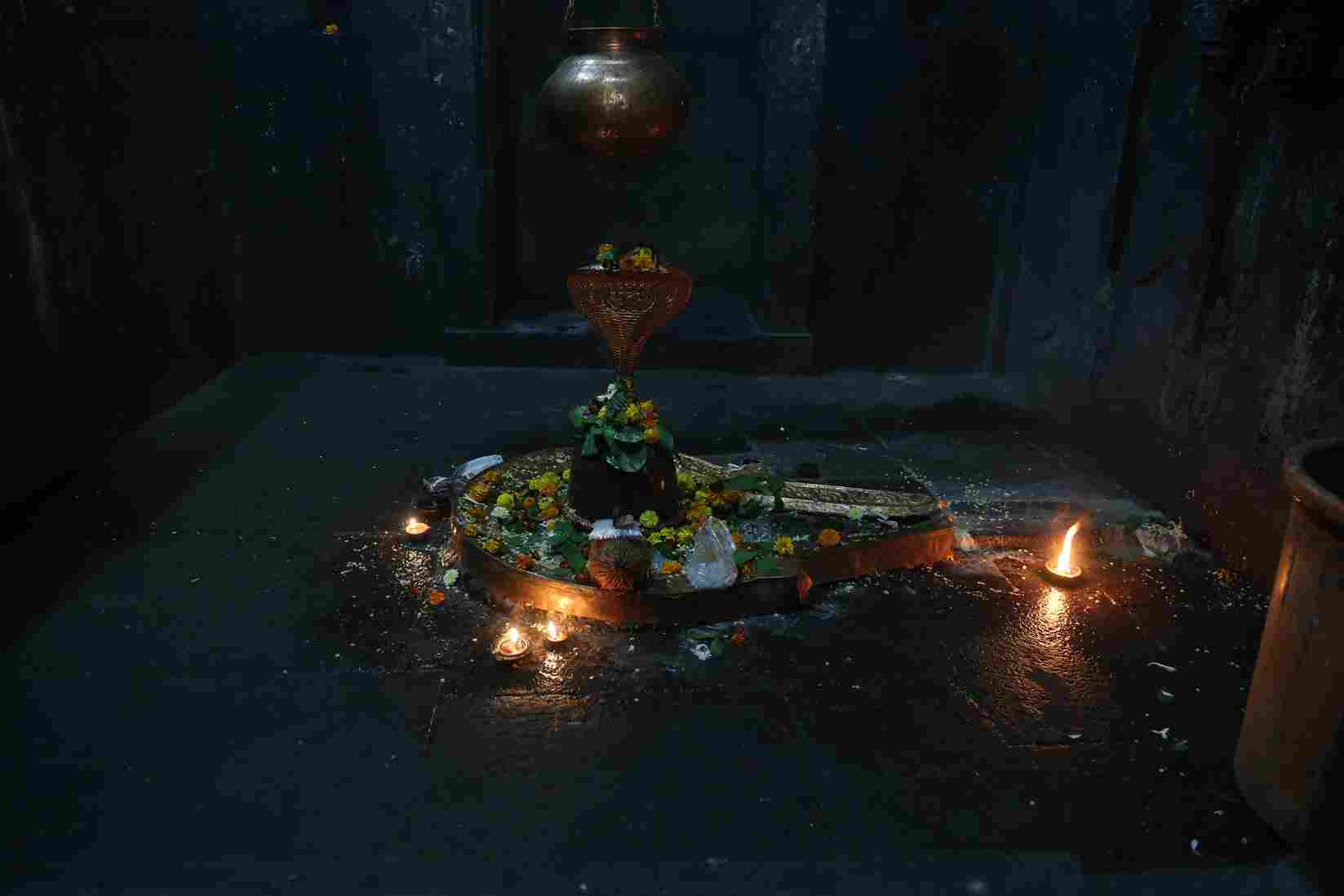 One of the most popular destinations for the pious Hindus, Jains and Buddhists and also known for its association with the epic ‘Ramayana’, Nashik not only has an ethereal and spiritual quality about it but is also a touch point for tourists who wish to explore its interesting forts and a unique centre that offers courses in ‘vipassana’. It’s also one of the most up-and-coming cities in Maharashtra with a vibrant culture and entertainment ethos.

Railway Station: The nearest Railway station is located at Nasik road at a distance of 8.4 KM (20 min)

By air: The Nearest airport is Ozar airport and it is 15 KM far from Nashik, Chhatrapati Shivaji Maharaj Airport Mumbai,166 KM (4 hr)

MTDC resorts are available in Nashik.