Rajgad, literally meaning ‘Ruling Fort’ was the capital of the Maratha Empire established by Chhatrapati Shivaji Maharaj for 24 years.
Rajgad is divided into two main parts as the lower fort and the upper fort. The upper fort comprises the Balekilla, where the royal residence was built. The Lower fort is made of three arms of the hill. Rajgad is located on the triangular tabletop of the hill. These three arms are named Suvela Machi, Padmavati Machi and Sanjivani Machi. Padmavati Machi got its name from the temple of Goddess Padmavati and the small reservoir of the same name.

Numerous structural remains and plinths of the palaces and houses can be seen here. There are remains of the office of the Maratha empire and the marketplace. This fort was the home of Chhatrapati Shivaji Maharaj. It has witnessed different phases of his life, from the young sixteen-year-old Shivaji constructing the fort to becoming a King.

The young sixteen-year-old Shivaji had captured the Torna fort and had found a gold hoard. The gold found in the hoard was used to build a fort on Murrumba Devacha Dongar’, and the fort was then named ‘Rajgad’. This fort was then the capital of the Marathas which housed and protected the King and his soldiers for many years.

The fort was magnificently constructed with three machis ‘Padmavati’, ‘Suvela’ and ‘Sanjivani’ and one great citadel named ‘Balekilla’. The ramparts are made so well that they can take the heaviest of the blow, yet won't crumble. This fort saw the birth of Shivaji Maharaj’s second son, Rajaram Maharaj, the death of his queen Sai bai and much more! It was Shivaji Maharaj's home and the capital of the Maratha empire for more than two decades!

This fort is a trekkers paradise and a witness of Maratha history!

Rajgad is in the Sahyadri Mountain ranges at an elevation of  1,395 meters above sea level.

There are a lot of things to do and see on Rajgad such as,
1. Balekilla
2. Padmavati Machi
3. Suvela Machi
4. Sanjivani Machi
5. Alu Darwaja
6. Padmavati temple
7. Trekking up the fort
8. Sight seeing as other forts such as Torna, Raigad, Pratapgad, Mangalgad, Lingana, Chandragad etc.
9. Night trekking the fort during summers.

● Accommodation may be arranged by the locals with prior notice given.
● There are no hospitals on or in the fort premises, many multi-speciality hospitals in Pune city.
● The nearest police station is in Nasrapur, a town near Rajgad.
● There are no post offices on the fort.

The best months to visit this fort are from October to March.
- If one plans on night trekking, then summer months, April to June would be preferable.
- It is best to avoid the first few weeks of the rainy season to visit the fort.
- While visiting one must wear clothes suitable to the weather and climate, and wear sports shoes.
- If one plans on night trekking, one should carry sufficient batteries and an extra torch while dressing appropriately.
- The best time to visit the fort is between 9:00 A.M. to 6:00 P.M. It is best to descend the fort before the sunsets. 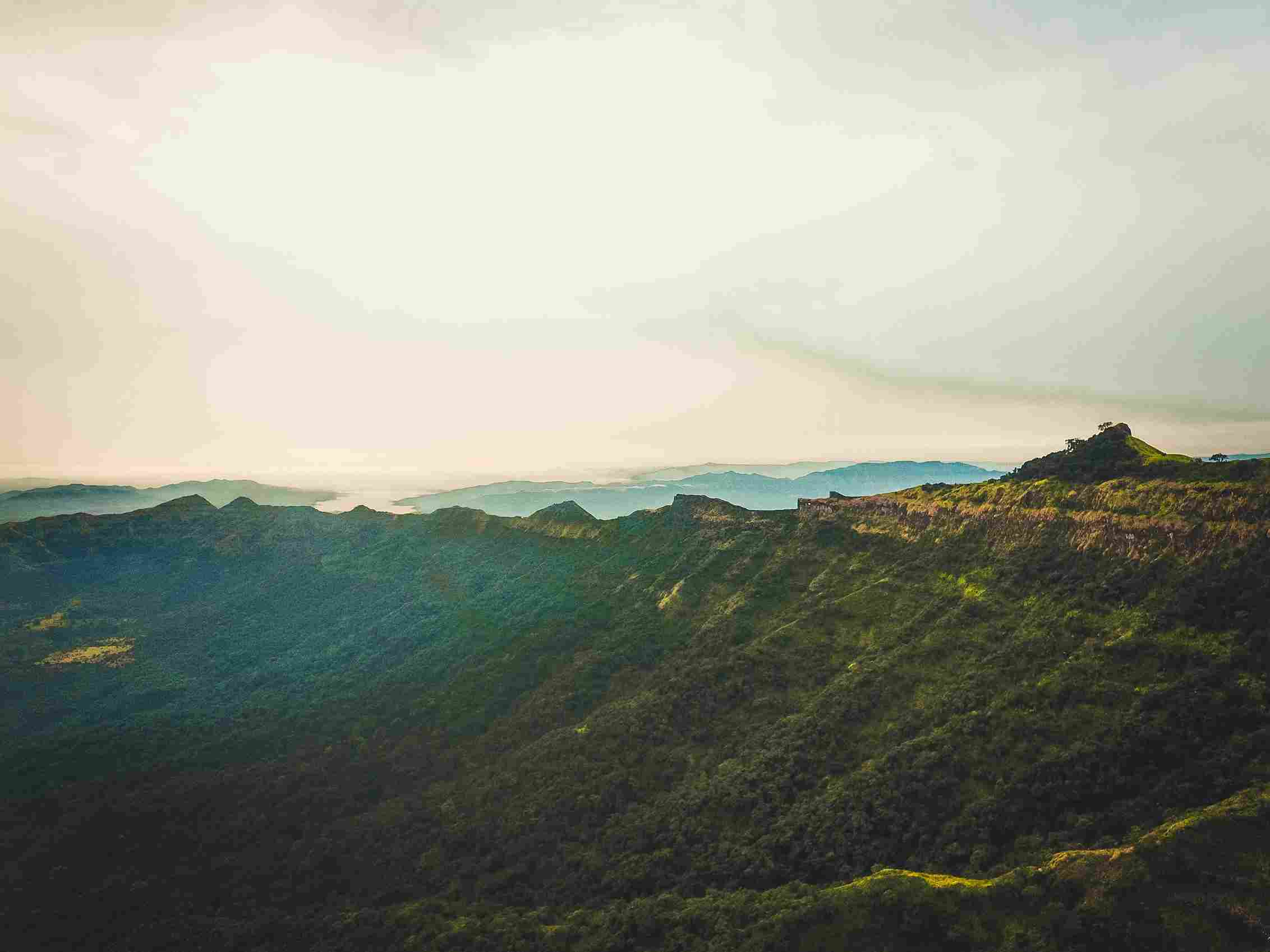 At 1,395 meters above sea level, Rajgad fort is located in the middle of Nira, Velvandi, Gunjavani and Kanad rivers. 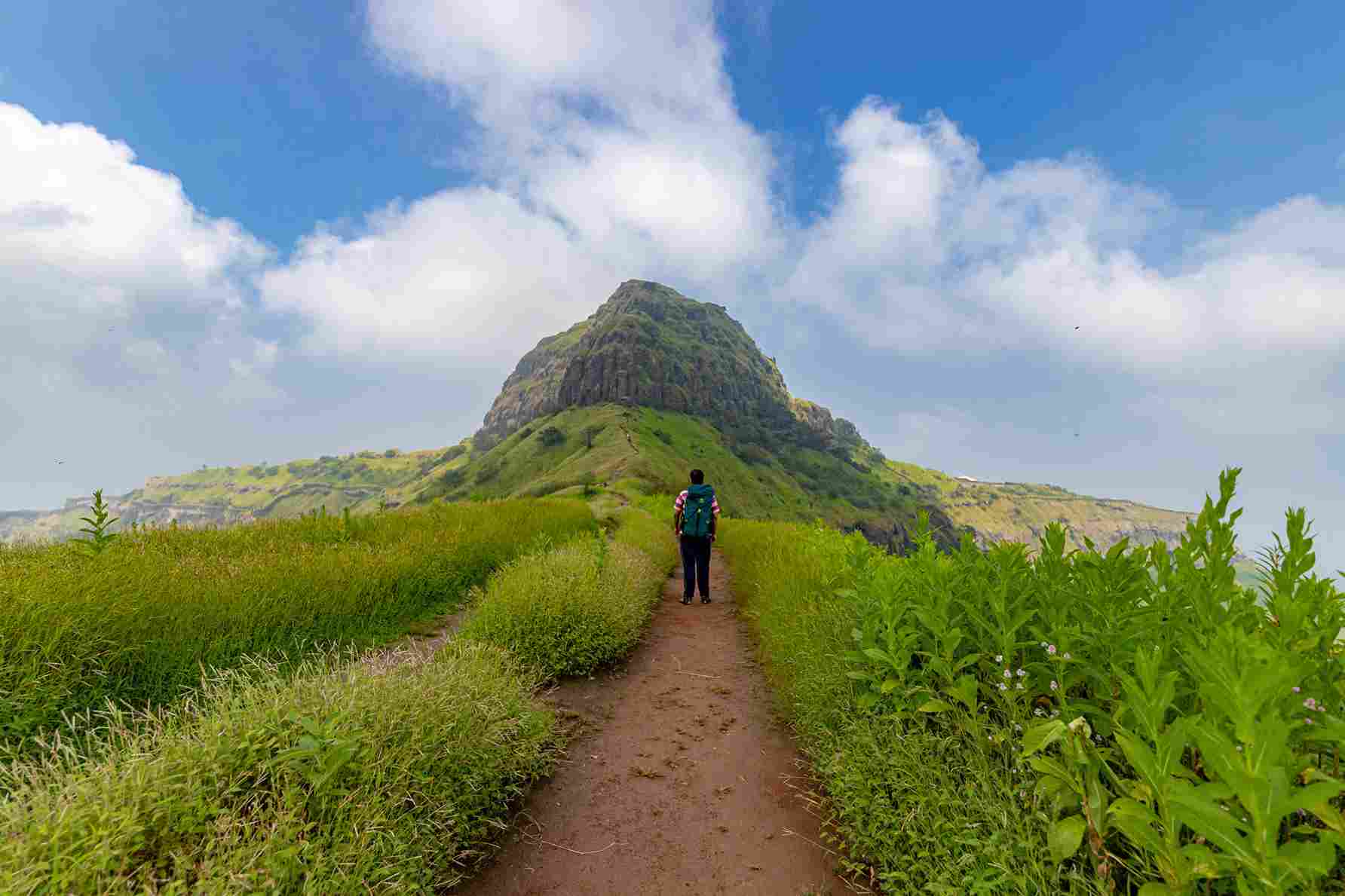 The structure of the fort consisted of three galleries ('Machi') named Padmavati, Suvela and Sanjeevani and a large fort ('Balekilla') with 'Alu Darwaza' with artistic carved doors. 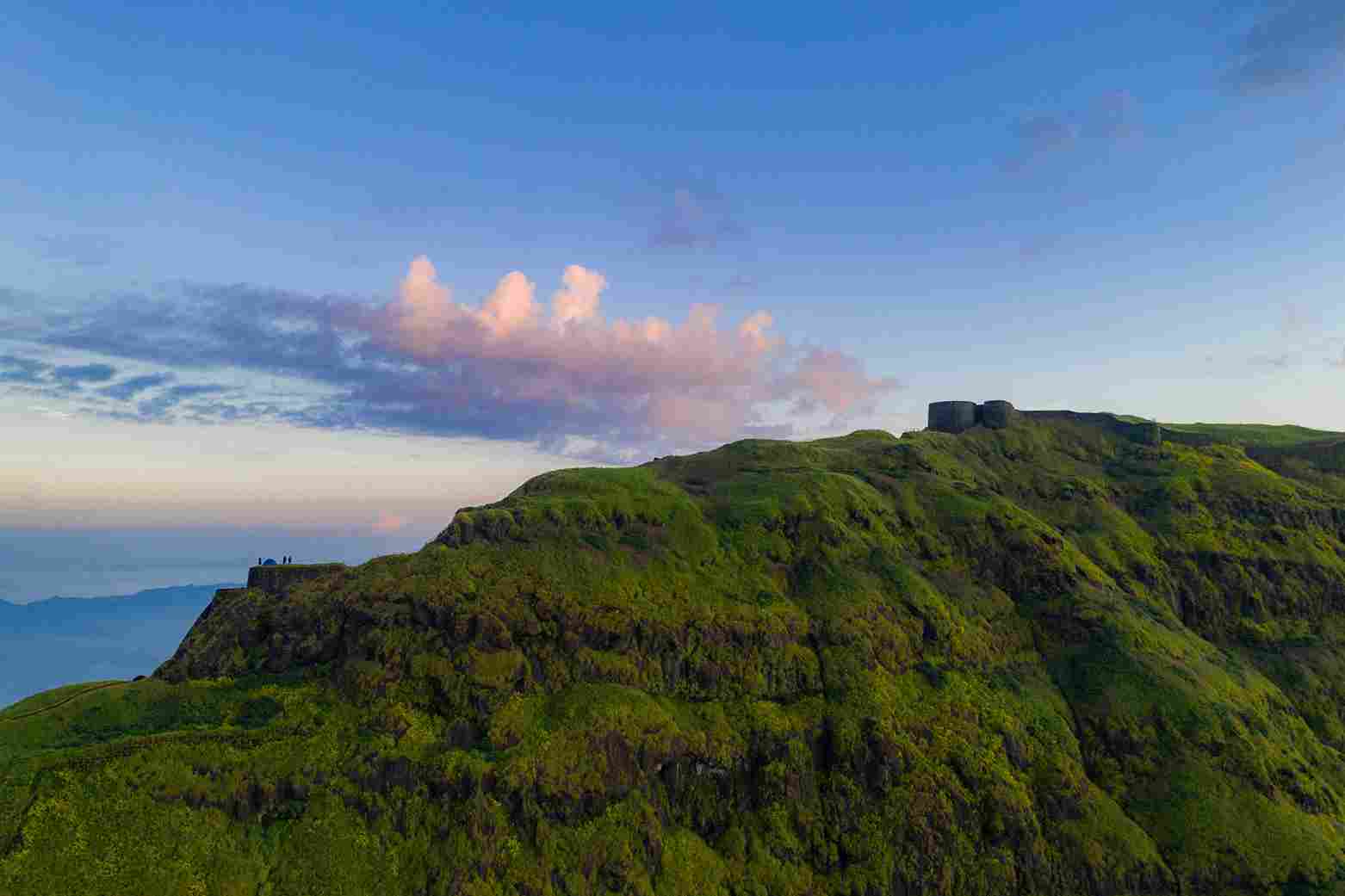 As Rajgad fort served as Shivaji's capital, there was provision for adequate water supply throughout the year. In fact, two large tanks of potable water are still in use today. The fort is an example of the excellent design and construction that provided protection to the soldiers and Shivaji as well. 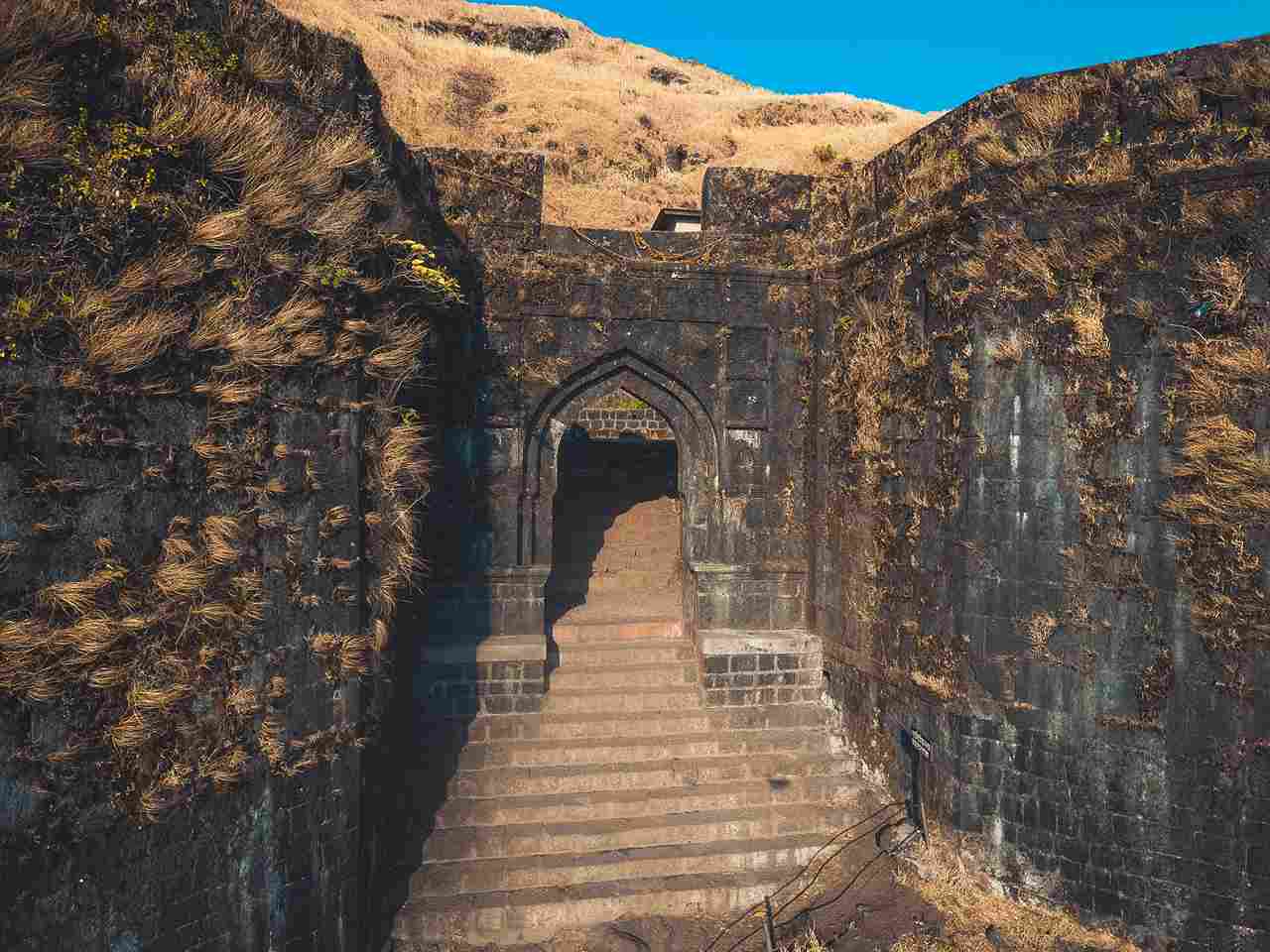 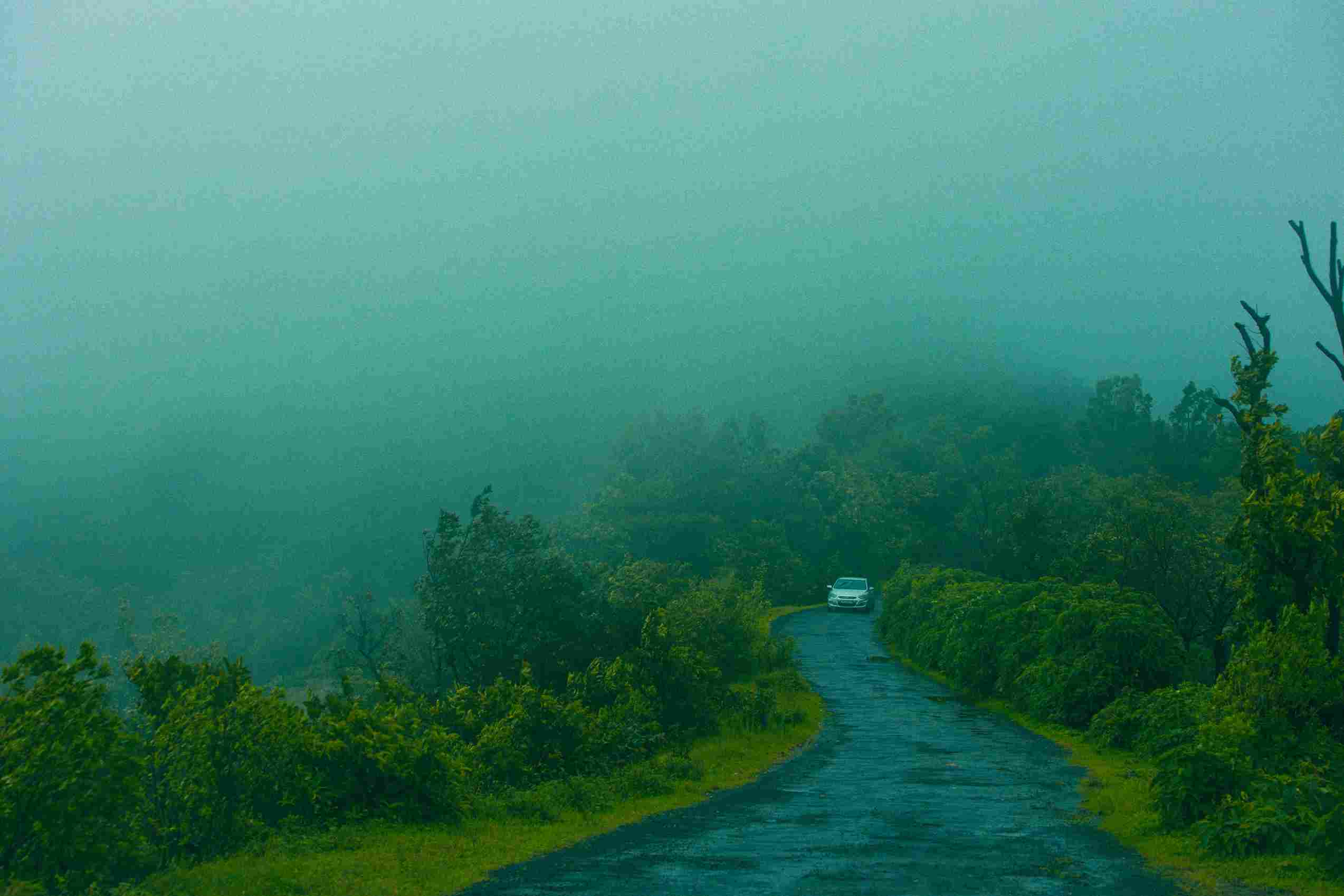 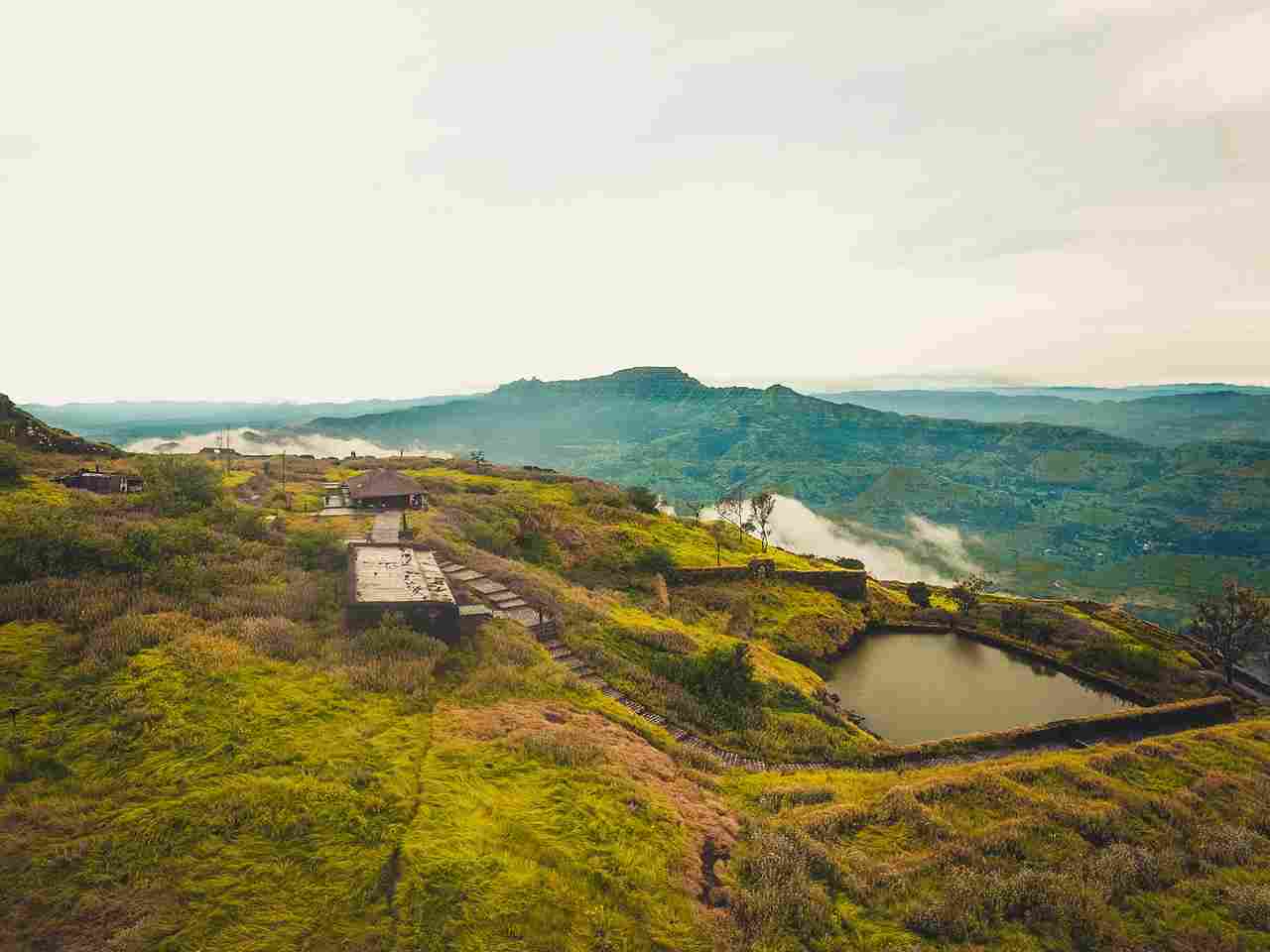 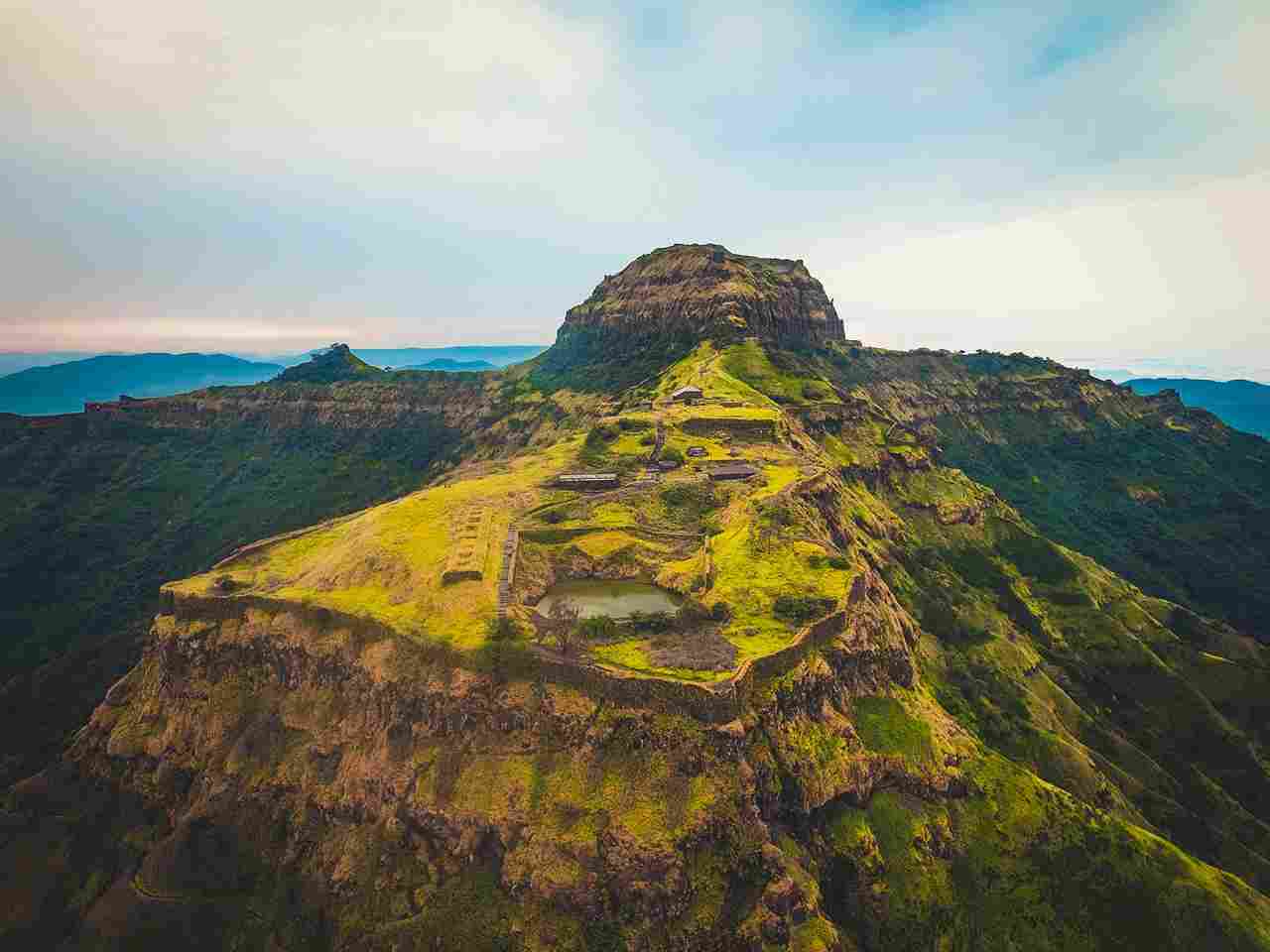 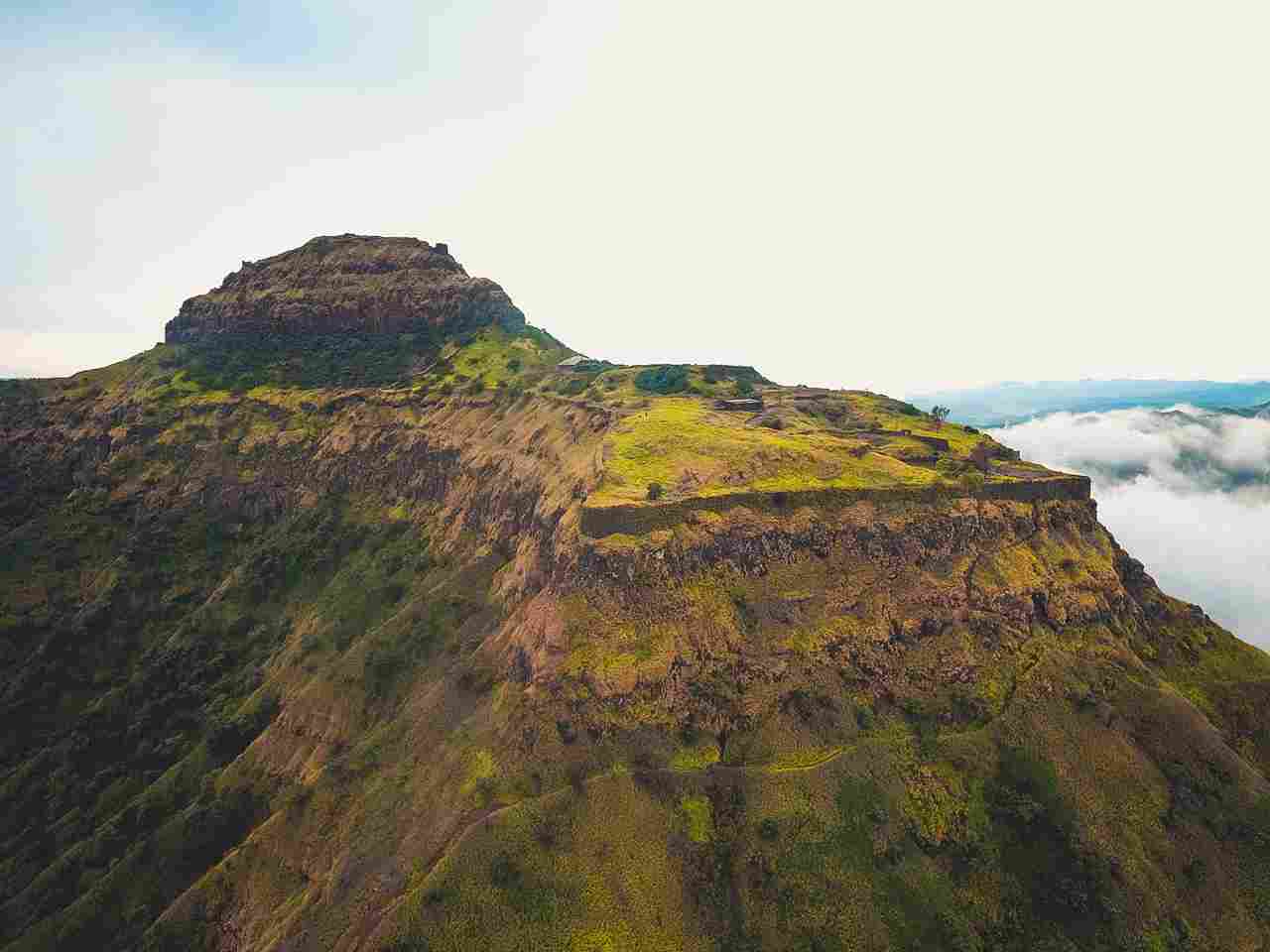 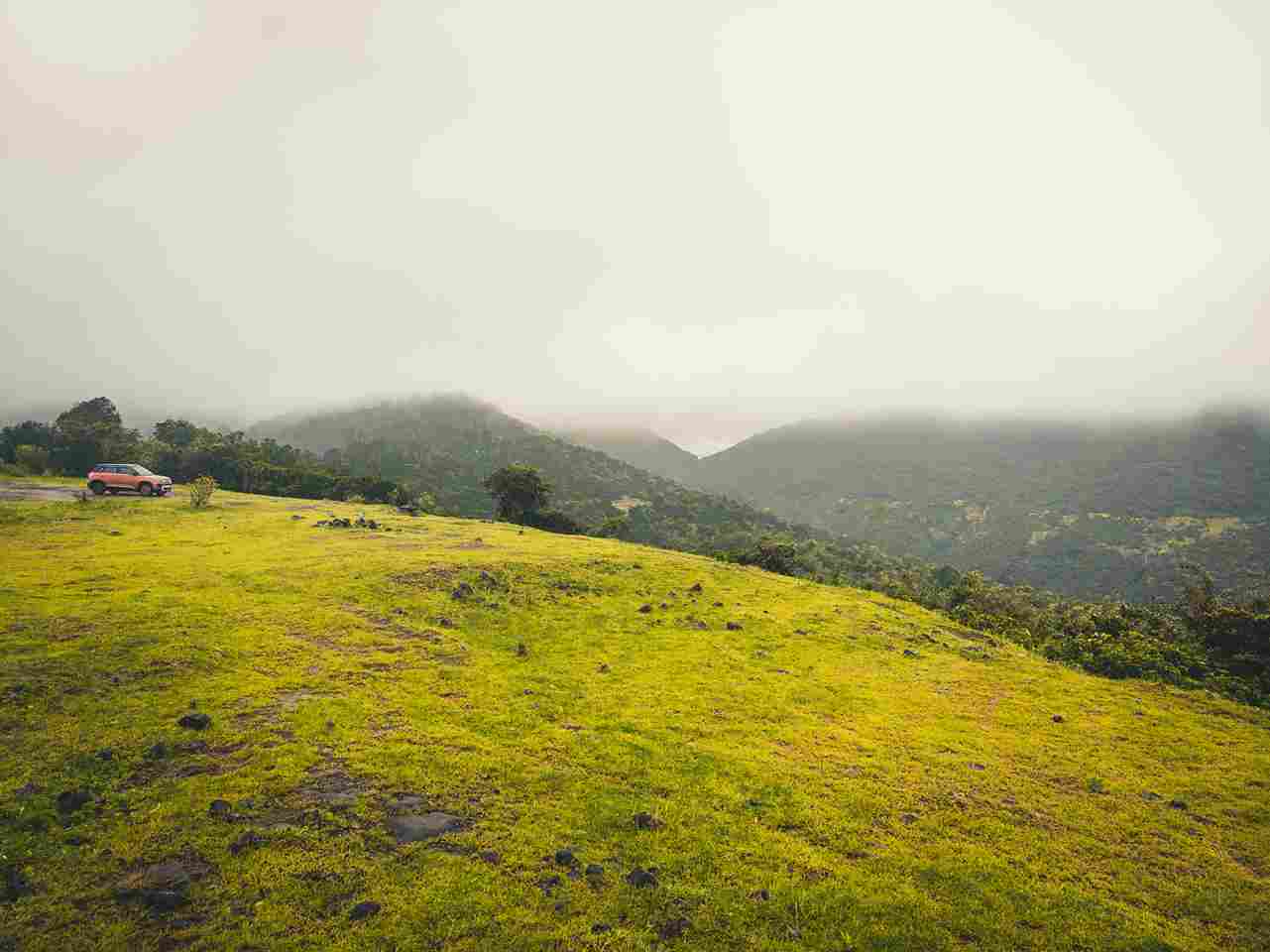 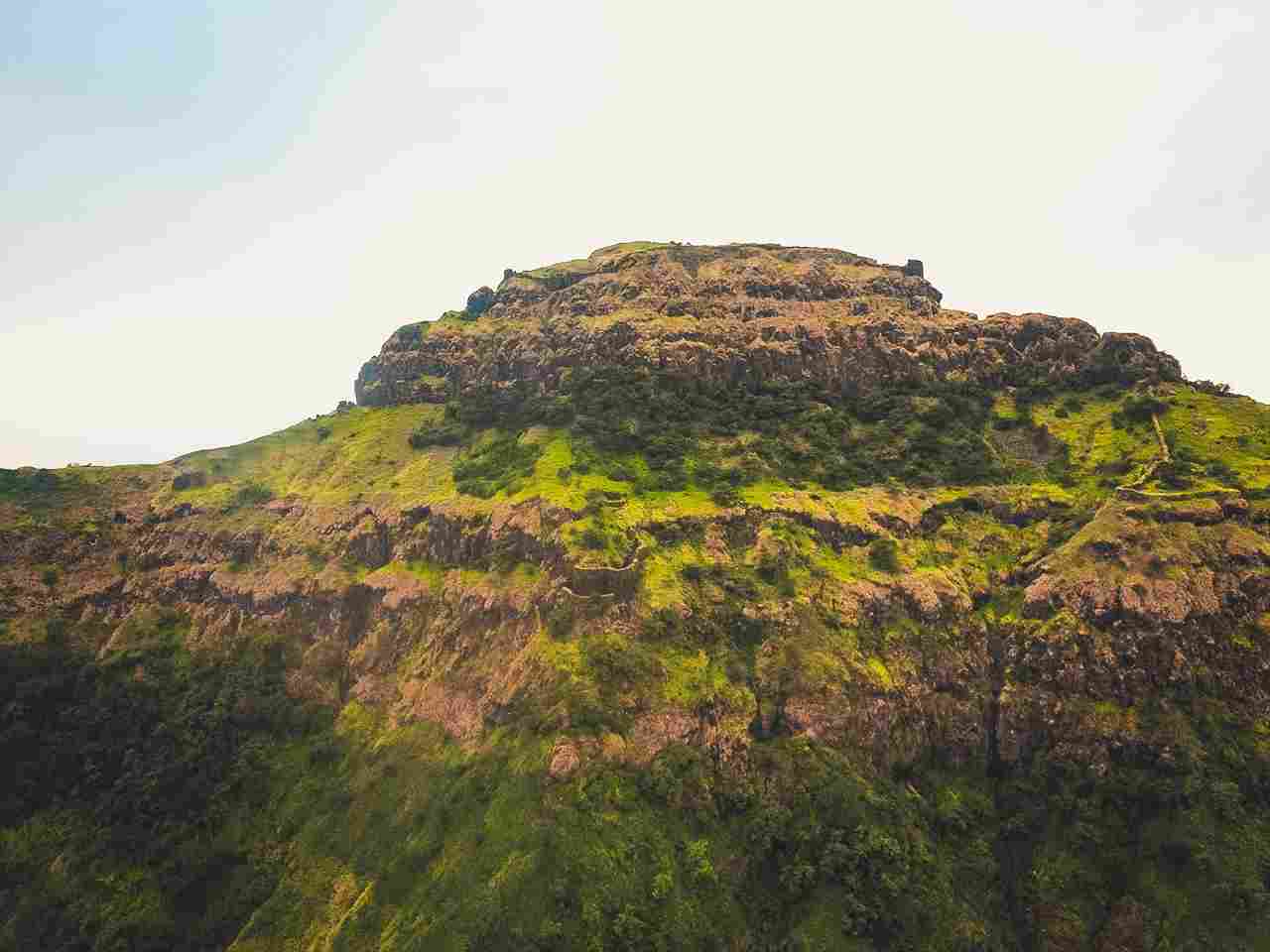 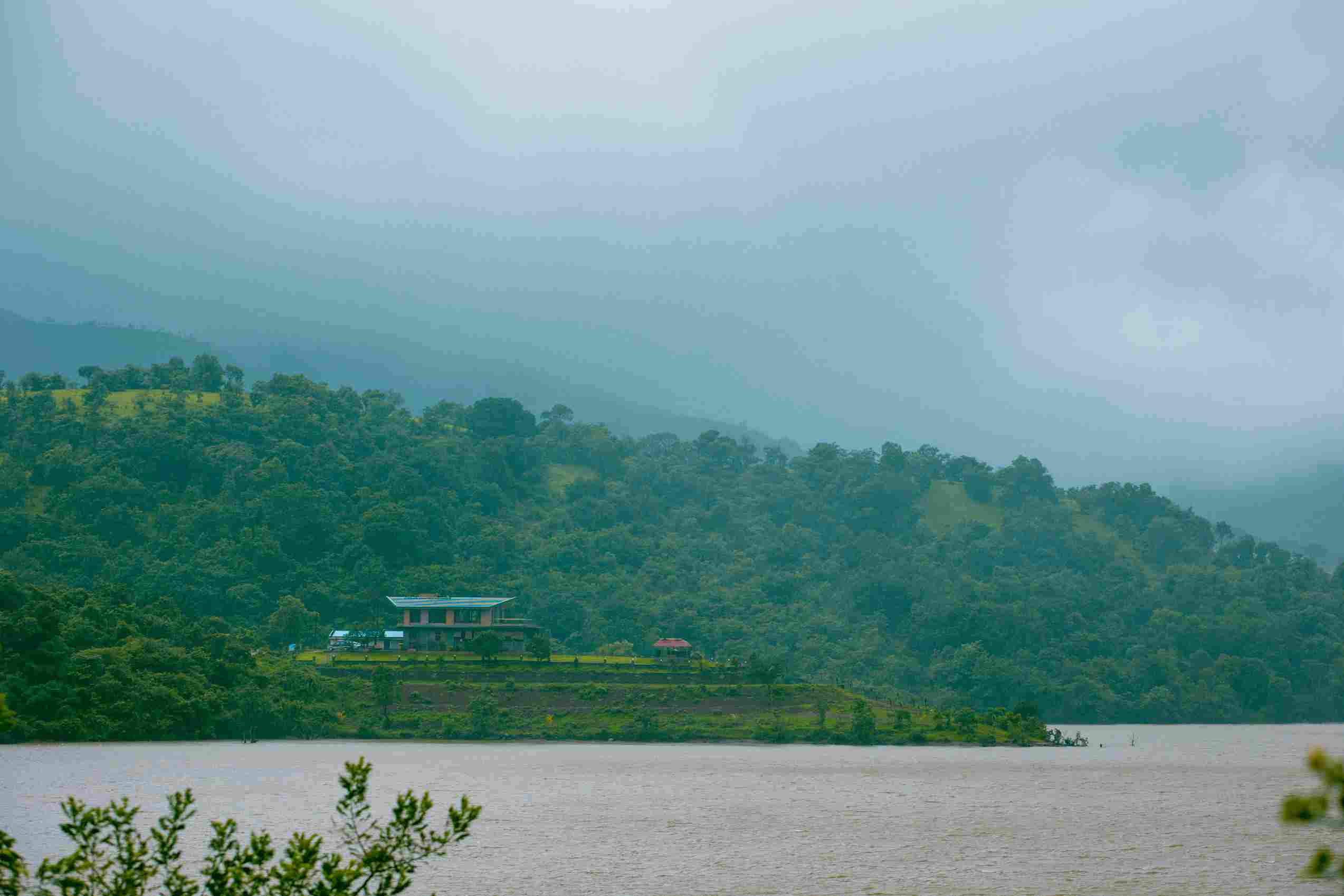 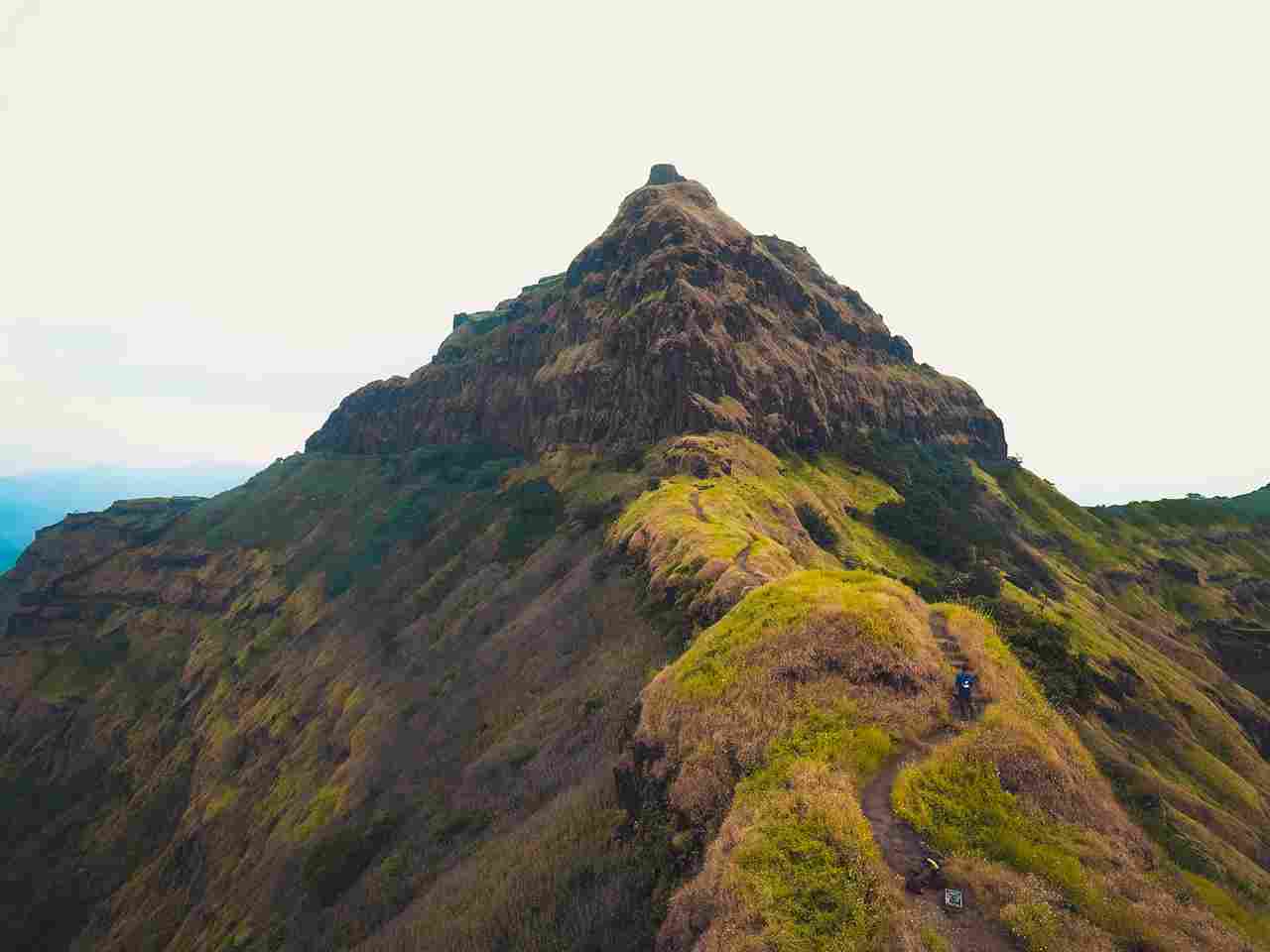 By Road : From Pune city to the fort its a distance of 56 KM. It takes about one and half hours to reach the fort from Pune. One may reach Pune from Mumbai via the expressway and continue their journey to the fort.

By Rail : There are many trains that run from Mumbai to Pune.

By Air : The nearest airport is Pune airport.