The city of Ratnagiri is a coastal district of Maharashtra state, situated on the western coast of India. It is surrounded by the beautiful hills of the Sahyadri ranges. Ratnagiri is a very beautiful city with art and Maharashtrian culture. A visit to Ratnagiri during summers is considered incomplete without shopping for HapusAamba(Alphonso Mango).

Ratnagiri is the birthplace of Lokmanya Bal Gangadhar Tilak as well as the workplace of SwatantryaveerVinayakDamodar Savarkar. Ratnagiri hasserved as the capital under the Bijapur rulers.

Ratnagiri is a port city on the Arabian sea coast in Ratnagiri District in the southwestern part of Maharashtra. It is the district part of the Konkan division. Ratnagiri is divided into three zones: a) Coastal zone which is locally known as Khalatib) Hill area zone which is locally known as Valati c) Middle zone. It is 119 KM to the north of Sindhudurg city and 325 KM to the south of Mumbai.

The climate of this place is hot and humid with abundance of rainfall, the Konkan belt experiences High Rainfall (ranges around 2500 mm to 4500 mm).
Summers are hot and humid, and the temperature touches 40 degrees Celsius.
Winters in the region have a comparatively milder climate (around 28 degrees Celsius), and the weather remains Cool and Dry.

Ratnagiri is famous for various forms of monuments, temples and beaches, so one can visit these places. Along with this, activities such as trekking, scuba diving, motorboat rides, etc. can be indulged. One can visit Ratnadurg fort, Jaigad fort which hold historic importancein Ratnagiri.

One can plan to visit the following tourist places along with Ratnagiri:

Being on the coastal part of Maharashtra, rice, and seafood is the speciality of this place. However, it is one of the most visited tourist destinations and is connected to Mumbai and Goa. The restaurants here serve a variety of cuisine. The treasures of the cuisine here include Alphonso mangoes, cashews, Amboli, Sandan, and different types of Sharbhats including the specialKokamSharbat. Along with this are the other delicacies like Ambapoli, Solkadhi, Mori Masala curry or shark curry,Malvani Mutton Curry and more.

The place is accessible throughout the year. The best time to visit is from October to March since the plentiful rainfall lasts from June to October, and the summers are hot and humid. Tourists should check the timings of high as well as low tides before entering into the sea. High tides during the monsoon season could be dangerous hence should be avoided. 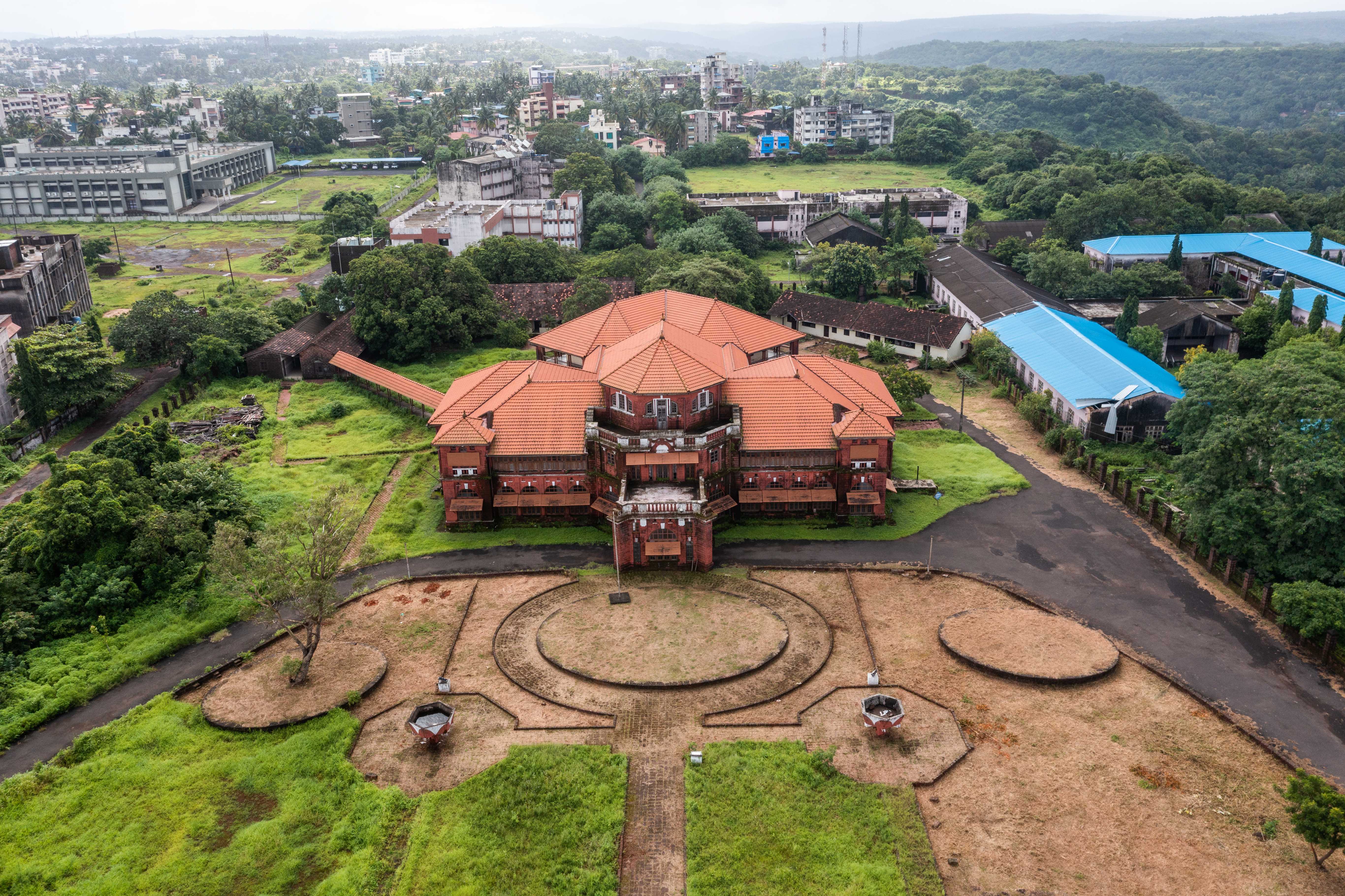 Located about 335 kilometers from Mumbai, the town of Ratnagiri is small and easy to navigate. Within the town’s borders is an aquarium, the main attraction of which is the skeleton of a huge whale. There are also many specimens of exotic fish and turtles. However, one of the first places that most tourists like to visit is the Ratnadurga Fort which is spread over 120 acres and surrounded by the Arabian Sea from three sides. A fascinating tunnel connects the north and south divisions of the fort. There is a lighthouse here, built in 1867 on ‘Siddha Buruj’, one of the fort’s bastions. 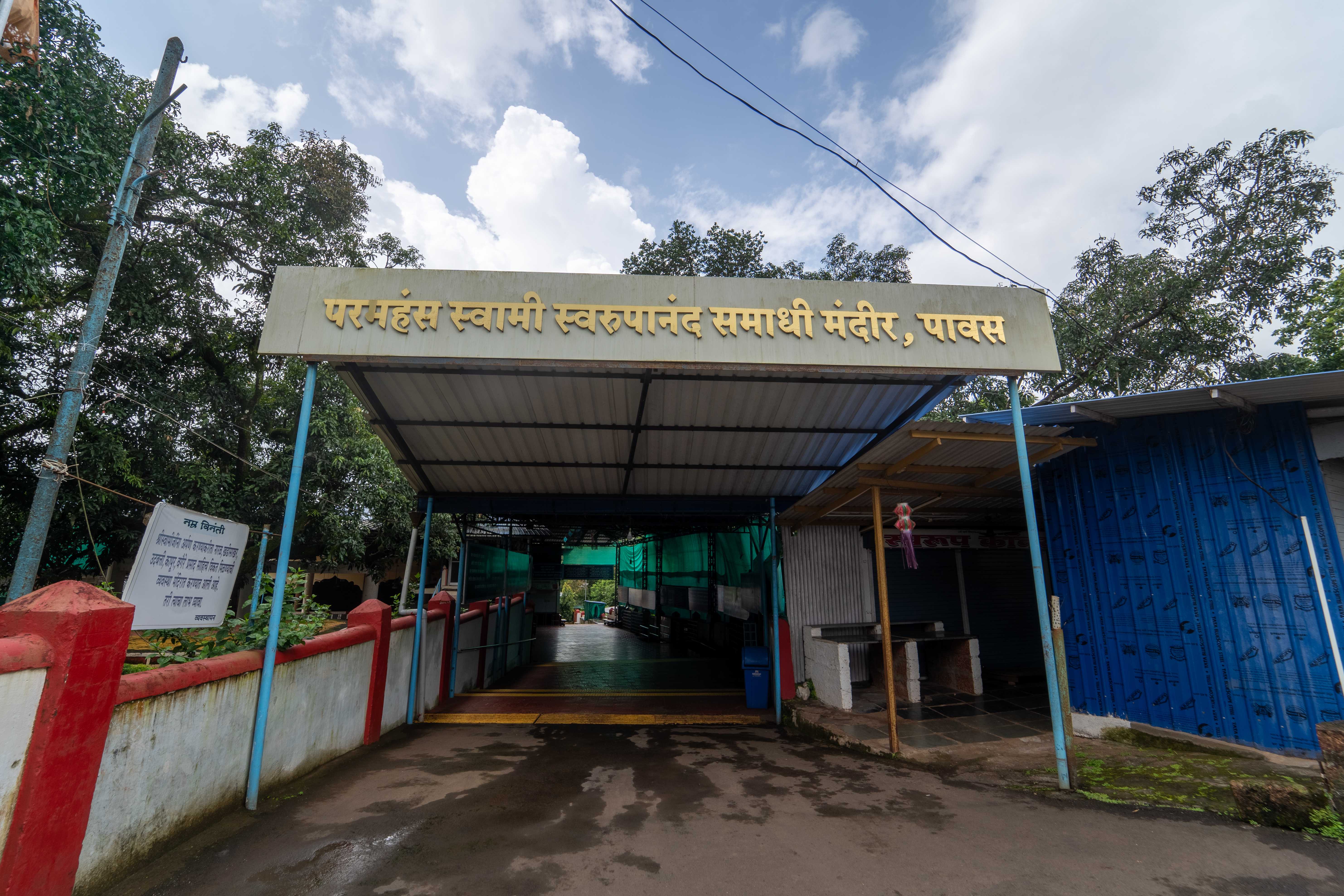 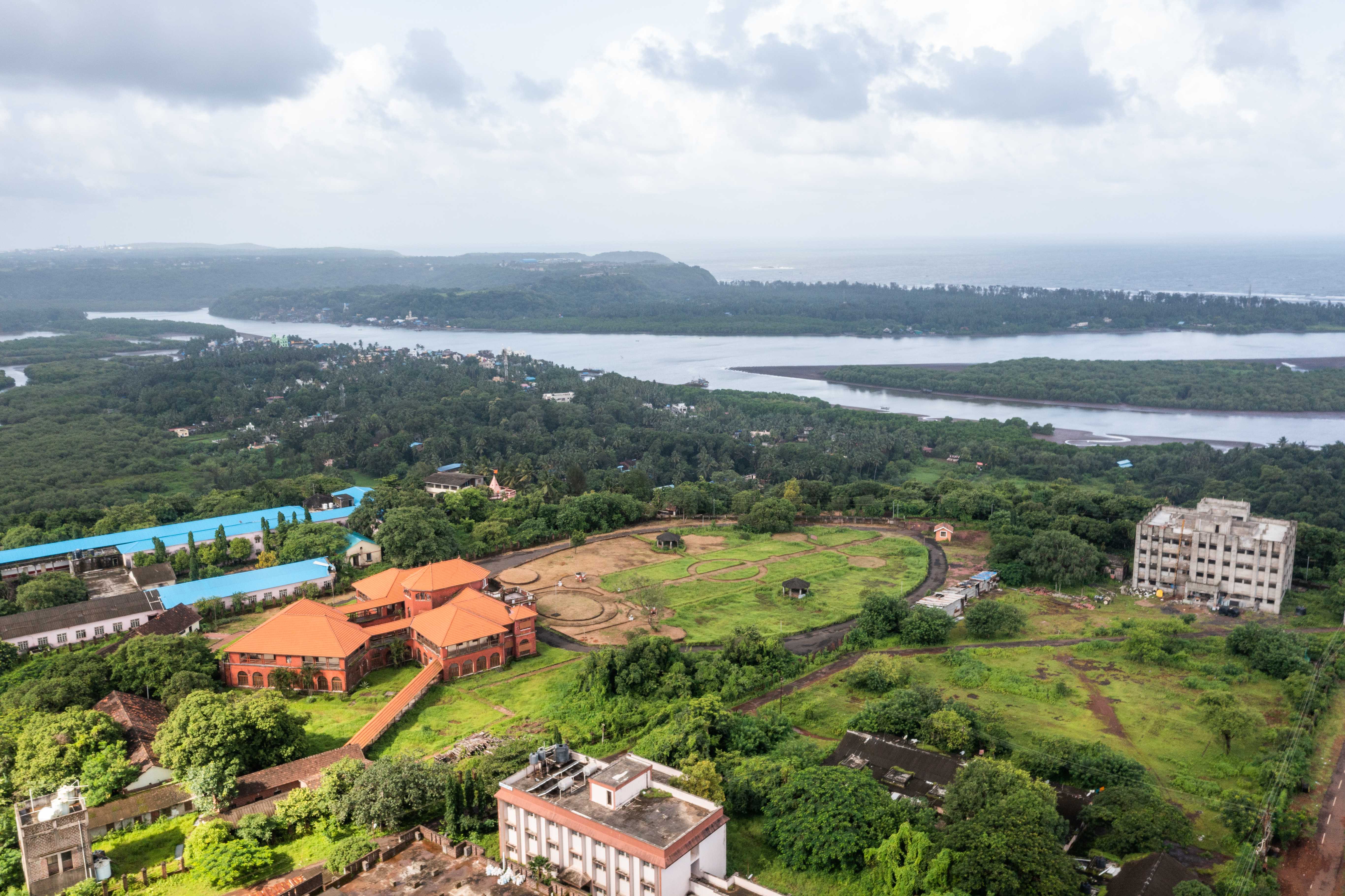 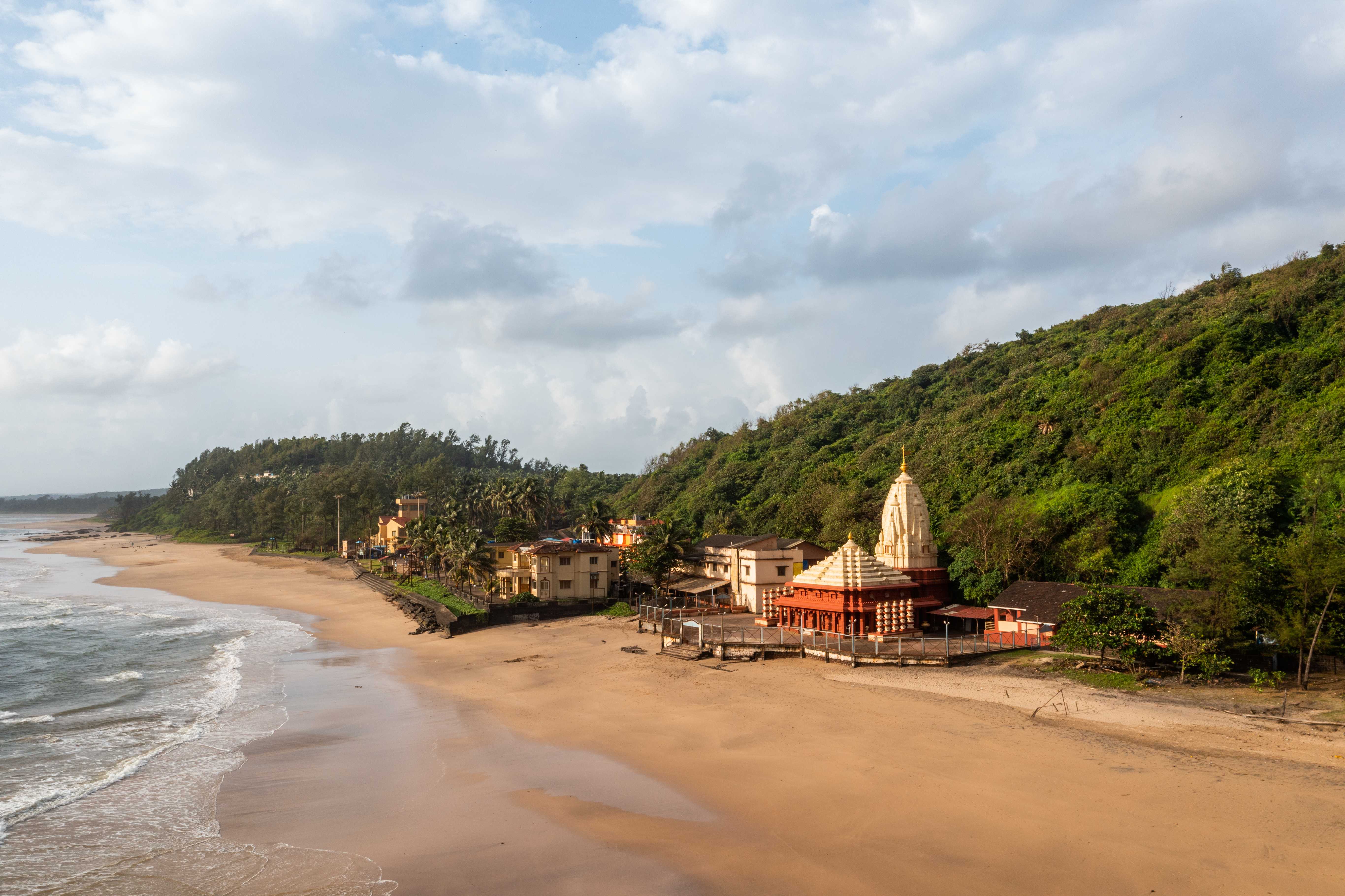 Ratnagiri is a prominent railway station on Konkan railway.

Ratnagiri town itself has an airport

This resort overlooks the Ganpatipule Beach and the Lord Ganesha temple.120 rooms (AC and Non AC) are categorised into cottages, rooms and Konkani houses (ac/non ac) .The cottages are perched on a hill offer stunning views. All accommodation have attached bathrooms. The dining hall serves simple meals.

The resort is located on a hillock with the sea on both the sides. There are two types of rooms – Kokani House Non-AC and AC . It is widely spread and the gardens are well maintained. The restaurant offers good quality food at affordable prices. The quiet, coconut-fringed beach offers the visitor an ideal opportunity to swim or just relax. There is an old Shiva temple in the environs which is often frequented by pilgrims.