Tuljapur, the one amongst three and a half Shakti Peethas (abodes of cosmic powers) of the state, is situated in Maharashtra, wherein resides the Mother Goddess TuljaBhavani. She is also fondly revered as Aai (mother) Ambabai, Jagdamba, Tuljai by her devotees who flock in millions to Tuljapur for her Darshan and seek blessings. TuljaBhavani symbolizes the power of the Supreme Being that maintains moral order and righteousness in the universe.
TuljaBhavani of Tuljapur is considered the state goddess of Maratha state and the family deity of the royal Bhosale family. ChhatrapatiShivajiMaharaj had tremendous faith in Goddess TuljaBhavani. He always visited her temple to seek her blessings.
The history of the temple has been mentioned in the ‘SkandaPurana’. It was built in the 12th century AD. The statue of the goddess is three feet high and is made up of granite stone. The goddess has eight hands holding different objects in each. In one of her hands is the head of demon Mahishasura.
The temple has two entrances. One is the Raja ShahajiMahadwar and another is the main gate called RajmataJijau. To enter the main temple one has to descend several steps.
Entering from the SardarNimbalkar entrance takes us to a temple dedicated to Markandeya Rishi. After descending the stairs, one sees the main Tulja Temple. There is a yagnakund (Sacrificial fire altar) in front of this temple. The stairs take us to the `GomukhTirth` (Tirtha is a sacred water tank) on the right side and `Kalakh`, also known as `KallolTirth` on the left side. There are also AmruthKund and temples like a Datta Temple, Siddhivinayak Temple, the temple of Aadishakti, AadimataMatangadevi, goddess Annapurna on the premises of the temple.

The TuljaBhavani temple in Tuljapur is on a hill known as Balaghat. The place has an approach road for vehicles as well.

The region has a hot and dry climate. The summers are more extreme than winters and rains, with a temperature up to 40.5 degrees Celsius.
Winters are mild, and the average temperature varies from 28-30 degrees Celsius.
The rain season has extreme seasonal variations, and the annual rainfall is around 726 mm.

The temple has several temples in the vicinity, such as Siddhivinayak Temple, AdishaktiMatangadevi Temple and Annapurna Temple.

The town is famous for Maharashtrian Cuisine.

Various accommodation facilities are available in the nearby area.
●    Tuljapur Police Station (0.75 KM) is the closest police station.
●    The nearest hospital is Peshwe Hospital (0.8 KM). 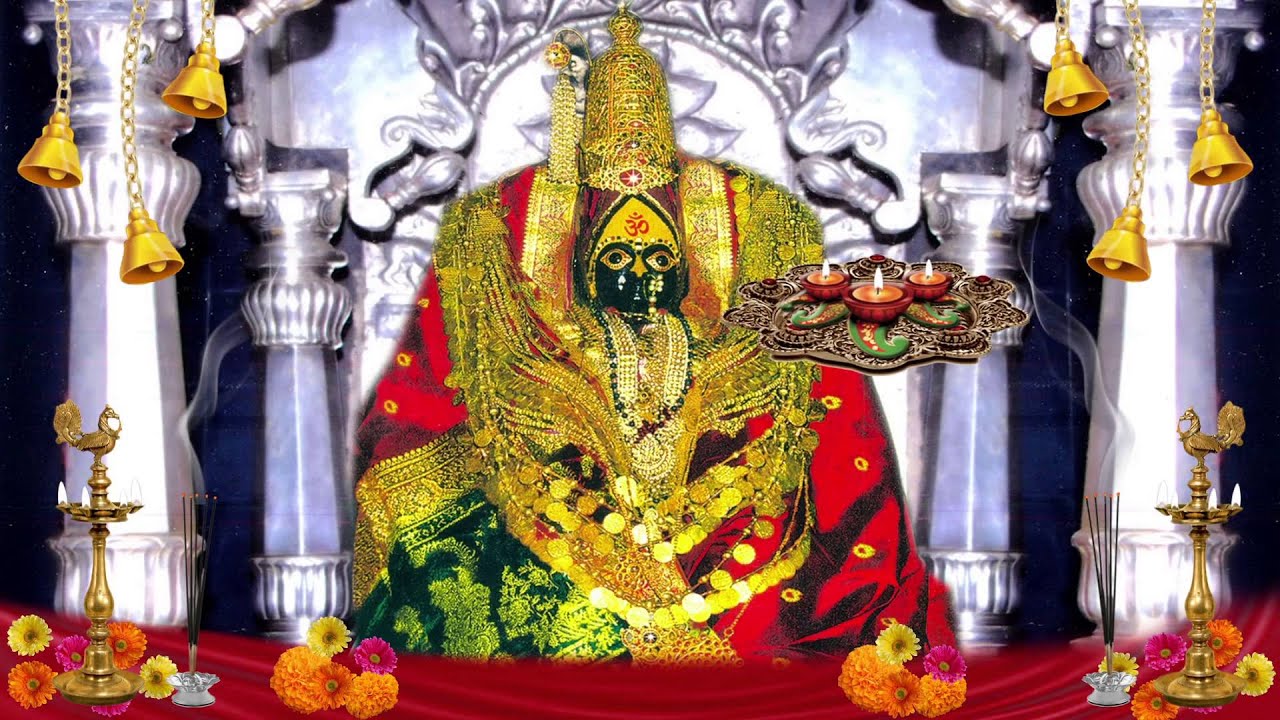 Tuljapur Bus Stand (1 KM) is nearby where MSRTC Buses and Luxury Buses have a halt.