Shri Vighnahar Ozar Temple is one of the 8 Ashtavinayak revered shrines of Ganesha in Maharashtra.

Ozar is a village located on the bank of river Kukadi. The backwater of the Yedgaon dam is just behind the Shree Vighnahar Ganapati (Vinayaka) temple, where a beautiful ‘Ghat’ was constructed in recent years. Some of the water sports are also available here.
There is Vinayaka (a form of Ganesha/ Ganapati) temple. The present structure was renovated in 1967 by ‘Shri Appashastri Joshi’, an ardent devotee of Ganesha. The temple was earlier rebuilt in 1785 CE, in the era of Peshwas by Chimaji Appa, to celebrate his conquest of Vasai Fort against the Portuguese.
The fully fortified stone walls of the temple indicate the rich and glorious history of the place. The temple’s Golden superstructure as well as its Deepmala’s (a stone pillar) is well-known. The significance of the Ozar Ganpati temple is that it is the most famous Vigneshwara Ashtavinayak temple. It has an east-facing idol of Ganesha along with his consorts Siddhi and Riddhi, with the scriptural and mural work in the entrance.
The legend encompassing this idol states that Vighnasur, a demon was created by the King of Gods, Indra to destroy the prayer organized by King Abhinandan. However, the demon went a step further and destroyed all Vedic, religious acts and to answer the people’s prayers for protection, Ganesh defeated him. It goes on to say that on being conquered, the demon begged and pleaded with Ganesha to show mercy. Ganesha then granted in his plea, but on the condition that the demon should not go to the place where Ganesha worshipping is going on. In return the demon asked a favour that his name should be taken before Ganesha’s name, thus the name of Ganesha became Vighnahar or Vighneshwar. Thus the Ganesha here is called Shri Vighneshwar Vinayak.

The temple is on the banks of the Kukadi River, close to the Yedagaon dam built on it.

The peaceful environment along with the spiritual feelings highlights the sacred purity of the temple.
The afternoon Mahapooja and evening’s Mahaaarti are some of the important rituals of the temple.
There are lots of shops around the temple and near the lake. The lake has a boating provision.

Maharashtrian Cuisine is a speciality that is available in nearby restaurants.

There are many places of accommodation near this temple.
Nearest Police station:- Junnar Police Station (11.3 KM)
Shri Vighnahar Hospital is the nearest hospital (0.4 KM).

●    The Best time to visit the temple is from August to February as many festivals are celebrated during these months.
●    Temple timings:- 5:00 A.M to 10:30 P.M on all days.
●    Photography is not allowed in Ozar’s Vighnahar Ganpati Temple.
●    Free Vehicle Parking is available near the temple. 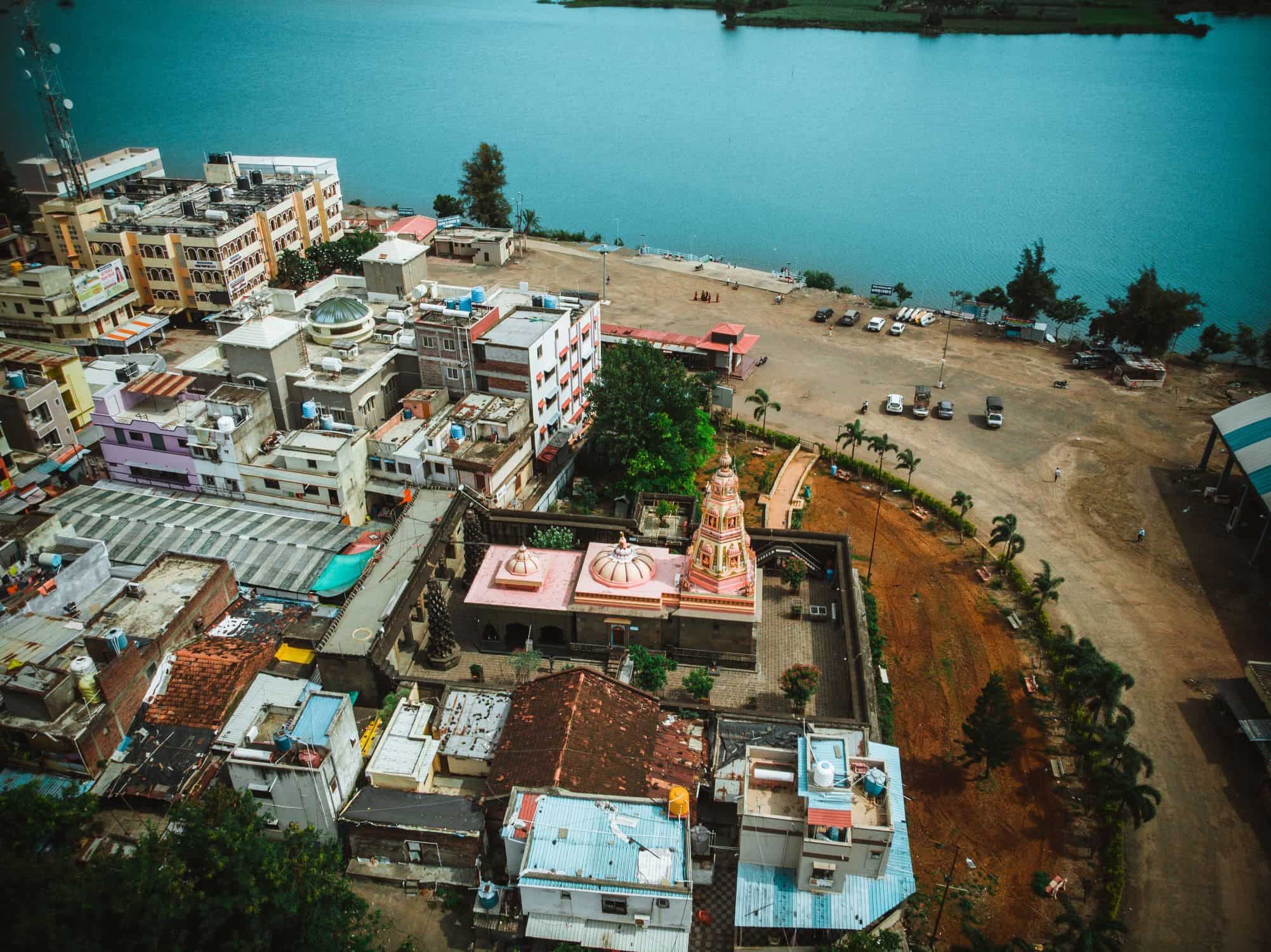 Most places have interesting legends associated with them. One such is Ozar, located on the banks of river Kukadi in Junnar taluka of Pune district. An ‘ashtavinayaka’ (8 Ganeshas), it is said that Lord Ganesh had made Ozar his permanent abode after defeating a demon called Vighnasur. When the demon asked to be forgiven for his deeds, Ganesha became pleased and stayed at Ozar, taking on the name of the demon. 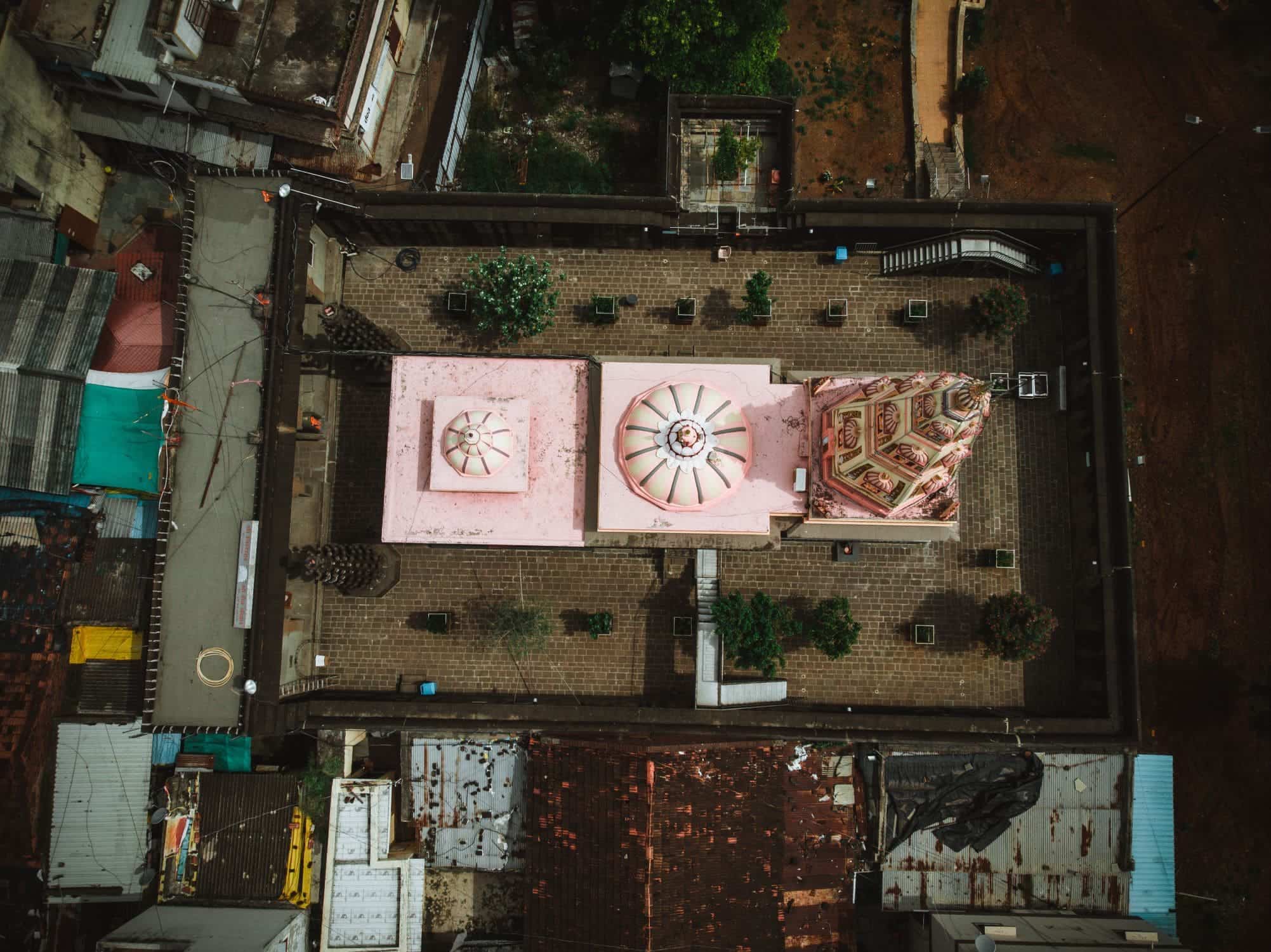 What is also interesting is the spire with intricate carvings, said to have been constructed by Chimaji Appa. In the main sanctum is the seated image of Ganesha with his trunk to the left. Precious stones adorn the image with rubies for the eyes and a diamond on the forehead. Ozar celebrates Bhadrapad and Magh Chaturthi in a big way and songs written by Shri Morya Gosavi are especially rendered on such occasions, including the Tripuri Pournima. 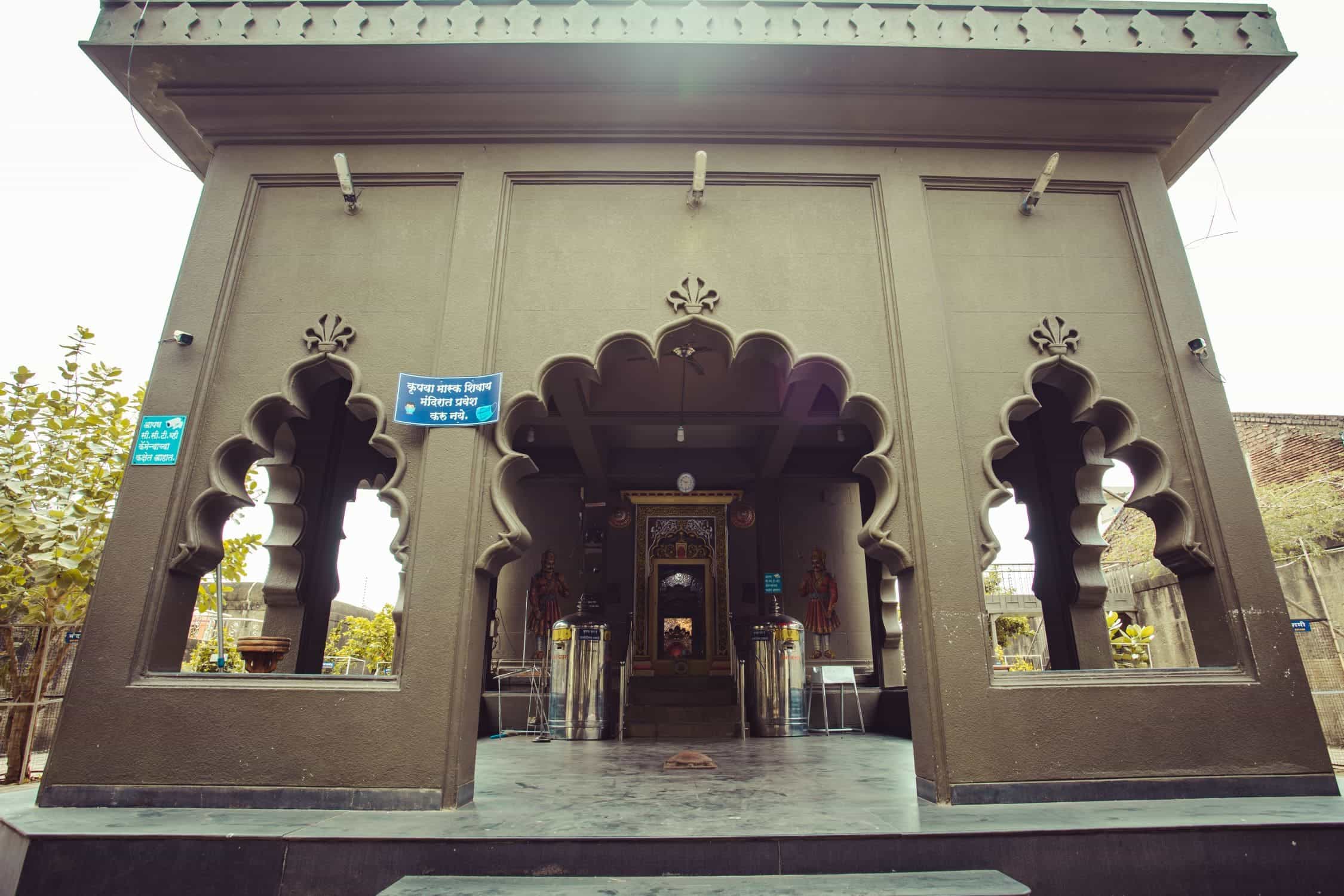 The temple at Ozar is huge with a spacious courtyard around it made out of stone. There is a fortification wall and a pathway. Besides the entrance are two large-sized ‘dwarapalas’ in stone and inside are galleries and two ‘deepmalas’ in the courtyard. The huge central hall has entrances from north and south. There is an image of Dhundiraj Ganesh inside the hall alongside which is another hall with a ceiling height of 10 feet. A mouse sculpted out of stone is at the entrance of the hall. 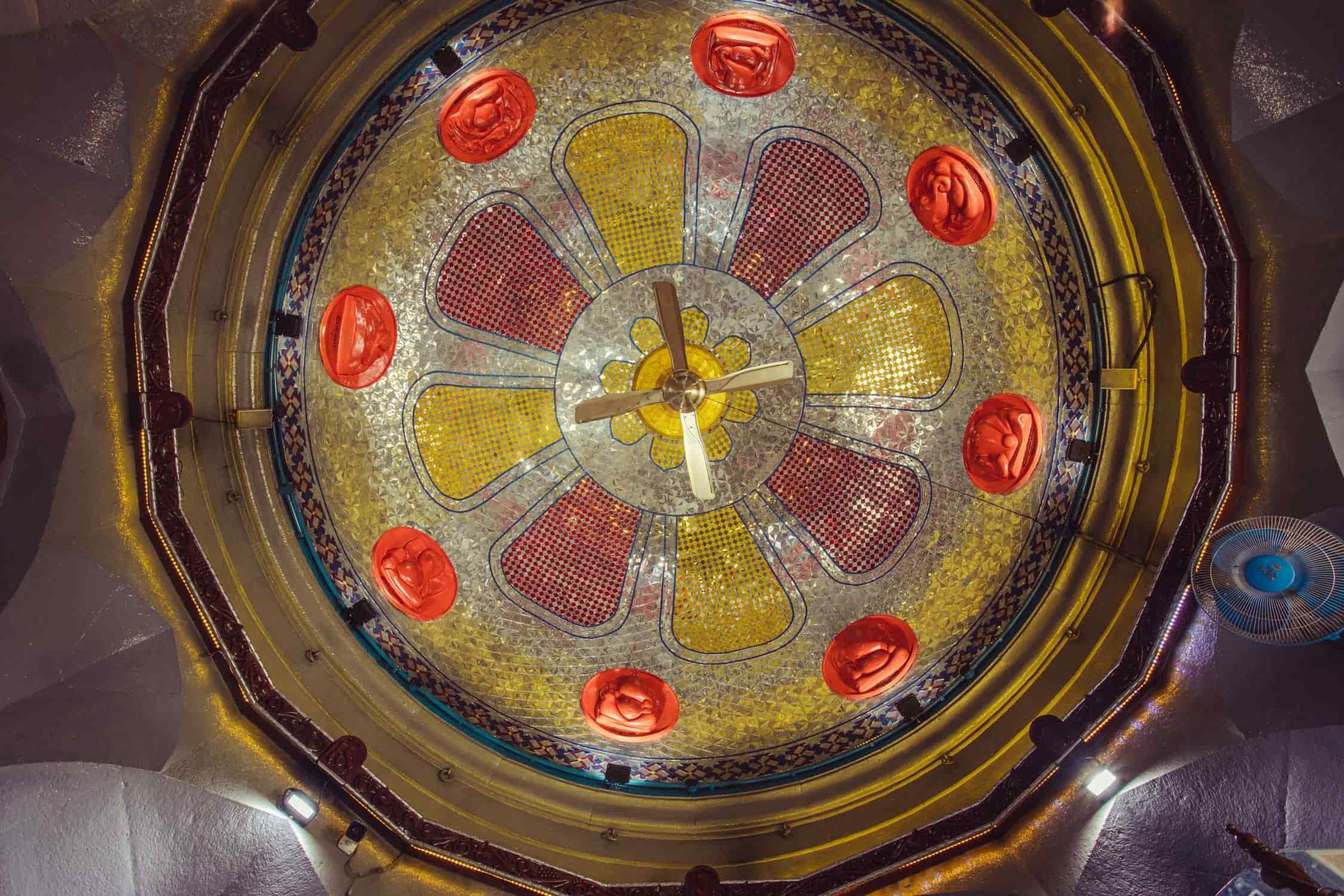 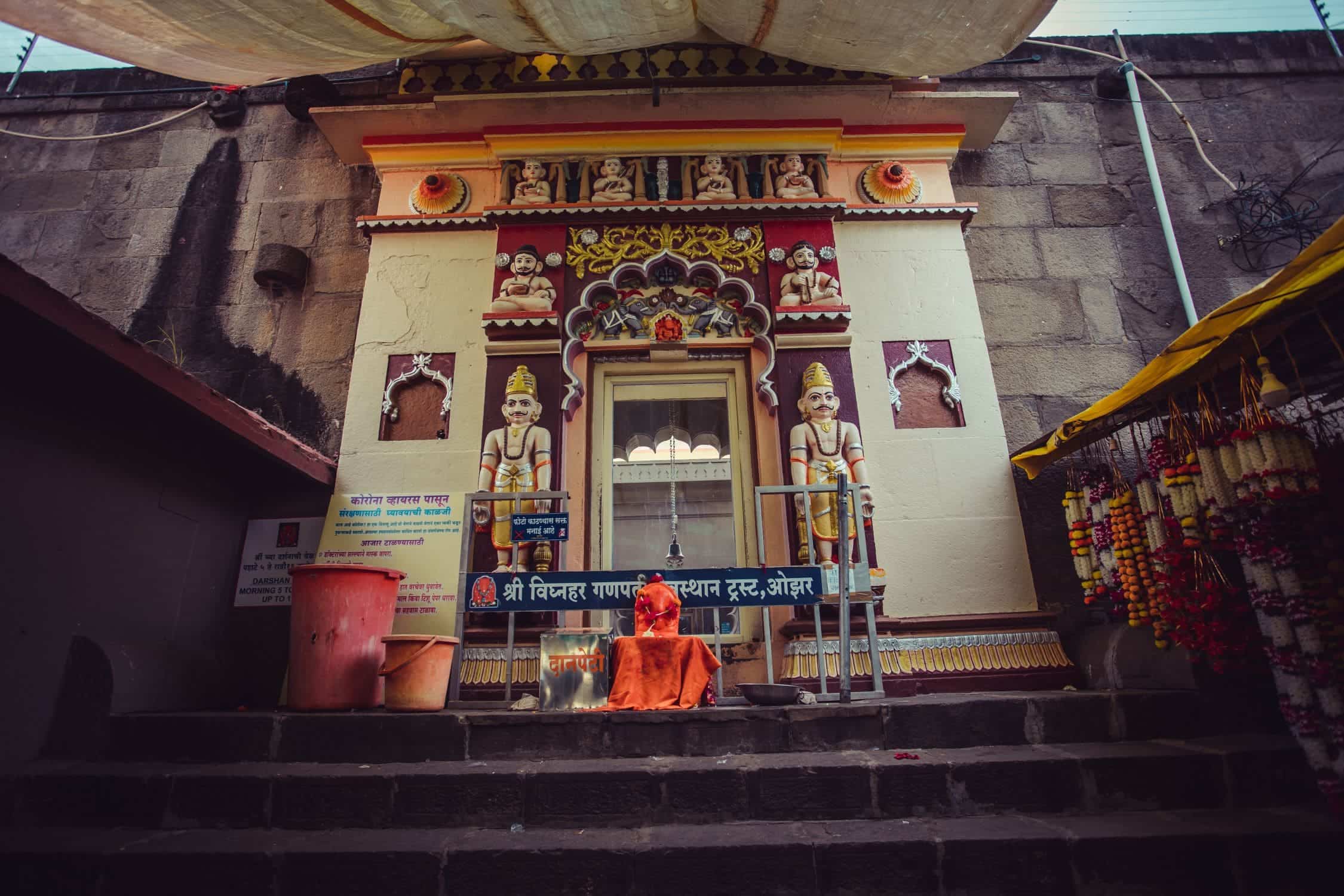 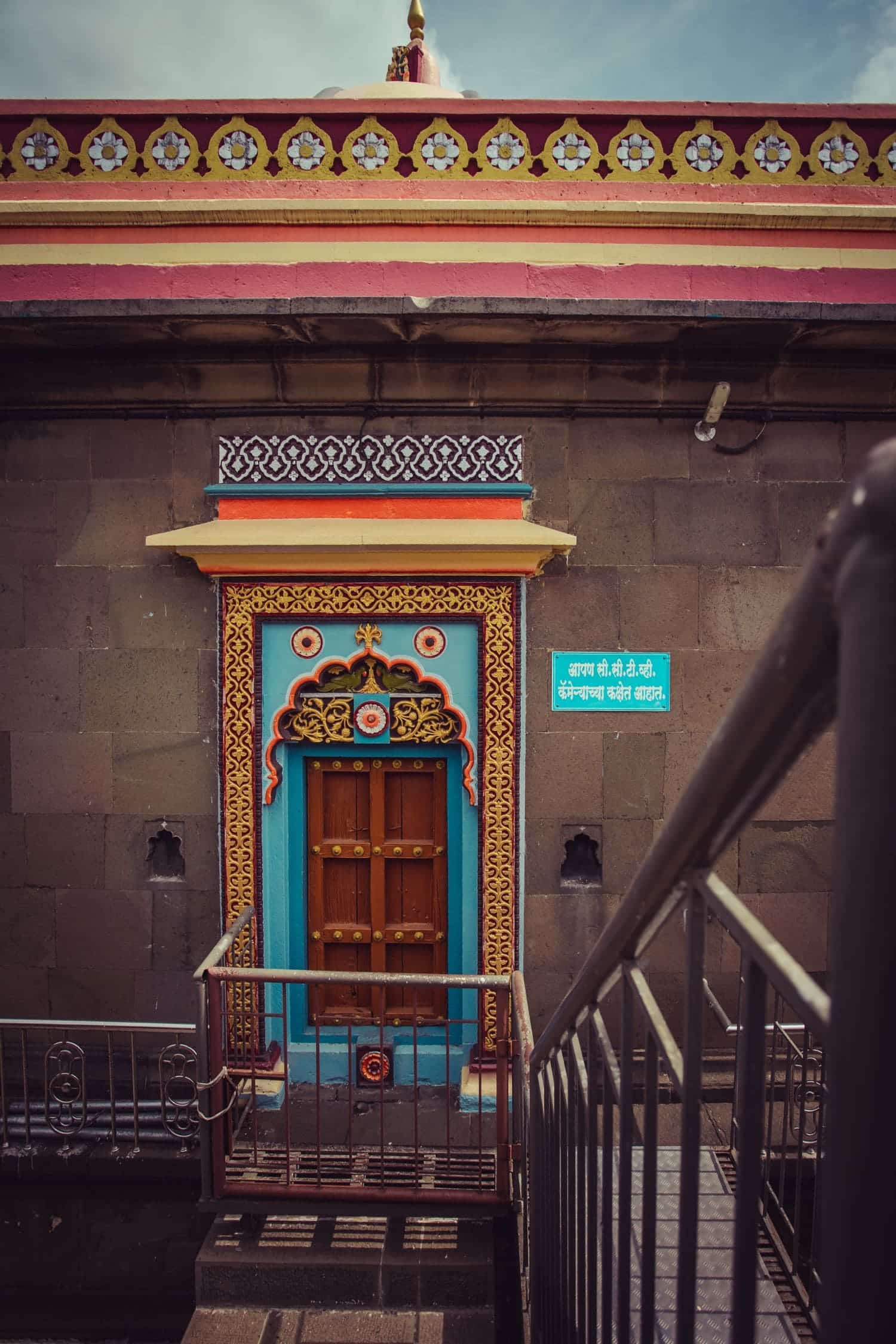 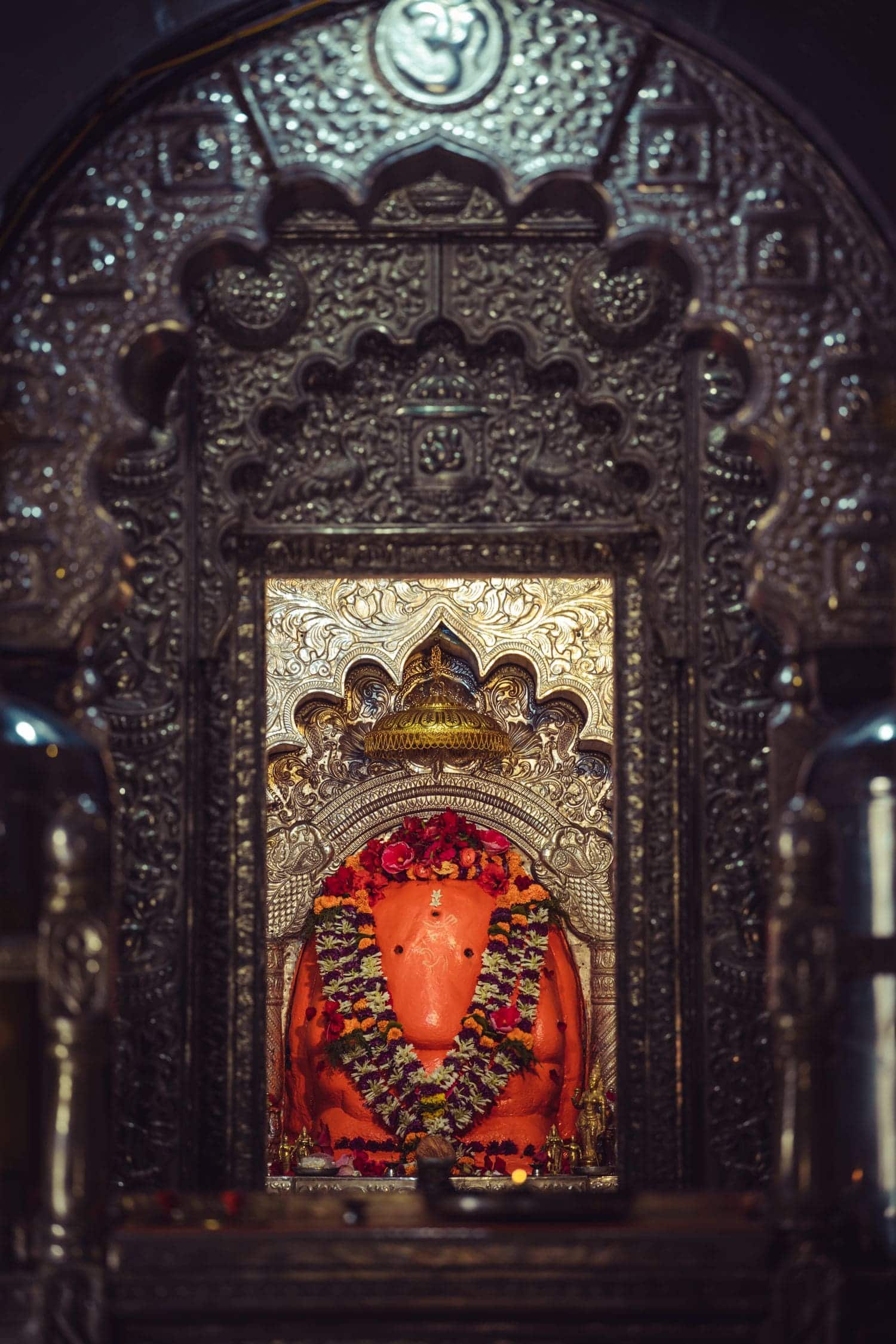 The nearest railway station is at Pune