Narnala is an ancient fortress in the hills in the north of Akot taluka at a point where a narrow tongue of Akola District runs a few miles in to the Melghat. The Narnala Sanctuary comprising of only 12.35 Sq. Km lies nestled in the Satpura Hill Ranges barely 60 Km away from Akola. Lying south of the Melghat Tiger Reserve, this Sanctuary is under the administrative control of the Deputy Conservator of Forests, Wildlife Division Akot working under the Conservator of Forests and Field Director, Melghat Tiger Reserve based at Amravati.

The hill fort of Narnala is the central attraction from which the name of the Sanctuary is derived.
It is a very old structure with some reports suggesting that the first fortifications were made by the descendents of Pandavas. The fort consists of 3 separate forts of Jaffarabad in the East, Narnala in the center and Telyagarh in the West. The fort is enclosed, except in those places where natural escarpment of rock renders artificial defense unnecessary, by crenellated stone walls. The fort covers 392 acres with a wall perimeter of 24 miles (36 km). It is said to have 22 gates and 360 Buruj towers or bastions.
Narnala fort is at distance of 20 Km from Akot and is part of Narnala wildlife sanctuary of Melghat Tiger Reserve (MTR). In fact, it acts as a gateway of Melghat on souther side. It is situated at about 1000 m. aboveMSL. Ahmed Shah constructed it back in 1426 A.D.
The Fort area has an excellent water management system. Rainwater harvesting and drainage system built on fort plateau is of worth admiration.
The system consists of 22 large tanks connected with smaller tanks in such a way that the over flow of water from tank situated at higher elevation goes to tanks at lower elevation ensures no drop of rain water is allowed to go waste. At present, 6 tanks retain considerable quantity of water through out the year. Famous “Dog temple” and Sakkar Talav are the place of faith for the people of all society

History
According to historical accounts, the fort is believed to have been constructed by the Gonds. When Ahmed Shah Bahamani (1425 CE) constructed Gawilgarh Fort
with a view to obstructing invaders from the north frontiers of his kingdom, he also repaired the fort at Narnala.
The fort has been under the rule of various dynasties, including Bahamani (1347-1527 CE), Nizamshahi (1490-1636 CE), Mughals (1526-1707 CE), Marathas (1674-1818 CE), and the Nizam of Hyderabad (1724).
Eventually it was taken over by the East India Company in 1818 CE.
The fort also played an important role during the upheaval of Pendharies in 1857 CE. Given this almost continuous change of ownership, every ruler of Narnala has left his impression on its architectural design,
evident from its classic Bahamani gateways, lofty Mughal arches, Maratha-style gardens and pleasure pavilions, etc. The water management system of the fort is notable in the form of
dams, reservoirs, and artificial lakes. Enclosed, except in those places where natural escarpment of rock renders artificial defense unnecessary,
it has crenellated stone walls with the fortification wall extending to a length of 38 kilometers.

Geography
The triple fortification walls encircling the habitation are widespread over an area of 392 acres and originally had 22 gates and 360 bastions.
Some of the gates like Shahanur (Wagh Darwaza), Mehandi, Mahakali (Nakshi Darwaza), Akot and Delhi represent Bahamani-style architecture.
On the upper portion of the Mahakali gateway (Nakshi Darwaza) are two large inscriptions belonging to the Bahamani period.
The upper one dates the construction of the gate in Hijra year 892 (1487 CE) while the lower blesses Gazi Sultan Shahab-ud-Dunya Wad-din Mahmud Shah.

Weather
The period between October and January is the best time to visit the Narnala Fort. This is the period of winters when the weather is delightful and truly enjoyable.
The temperature ranges between a low of 11 degrees Celsius and a high of 20 degrees Celsius, making it the perfect weather for outdoor picnics and outings.

How to travel
By Air:The nearest airport is at Nagpur.

By Rail:Nearest railhead is at Akola which is 45 kms away.

By Road:Akot and Akola are well connected with Nagpur and many other cities in Maharashtra.State transport buses ply regularly from Akola for Narnala 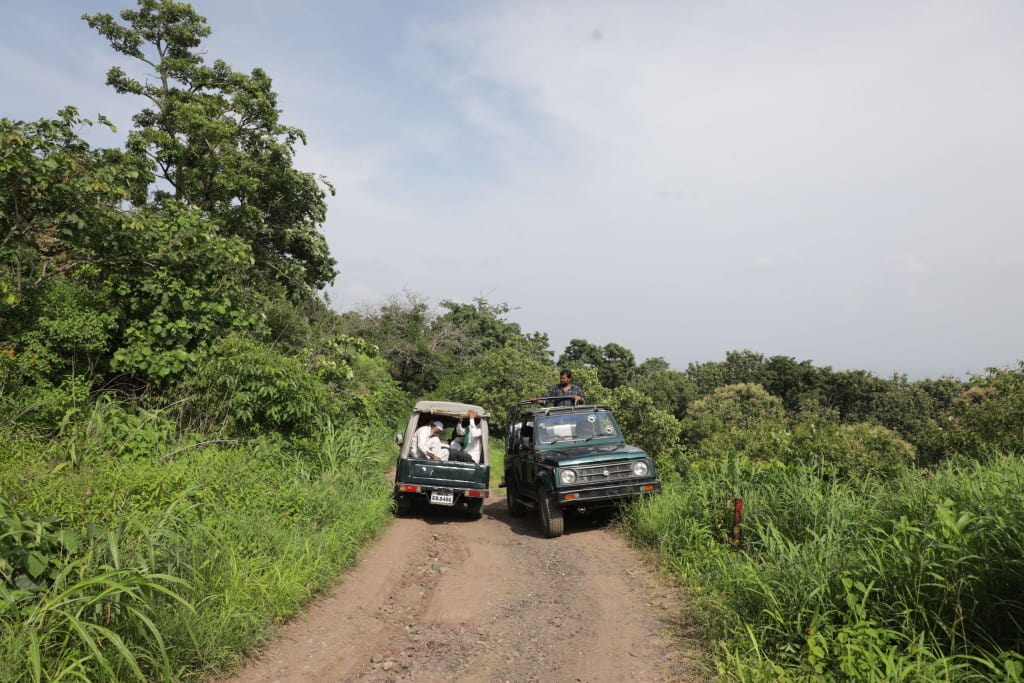 Very few places would be able to surpass the majestic combination of a hill fort with an amazing variety of wildlife surrounding it as is the case with Narnala. 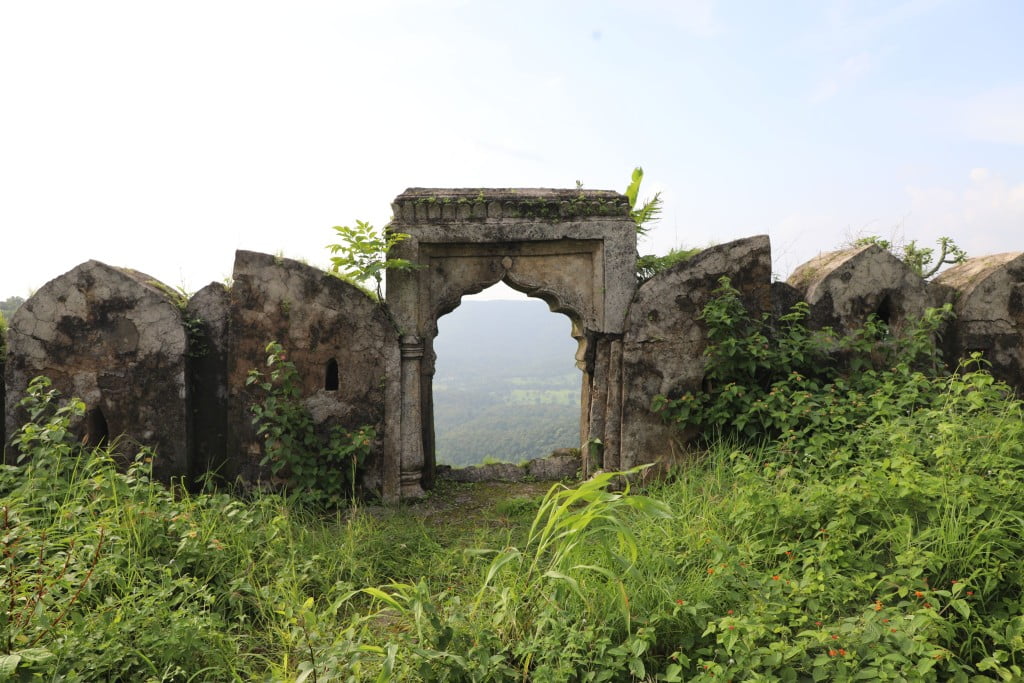 Here, the fort is considered one of the most imposing and intricate hill forts in the Melghat region, protected by the Archaeological Survey of India.

Further, the region encompassing the hill has been declared a wildlife sanctuary and a protected forest, which is what makes it such a delightful tourist destination. 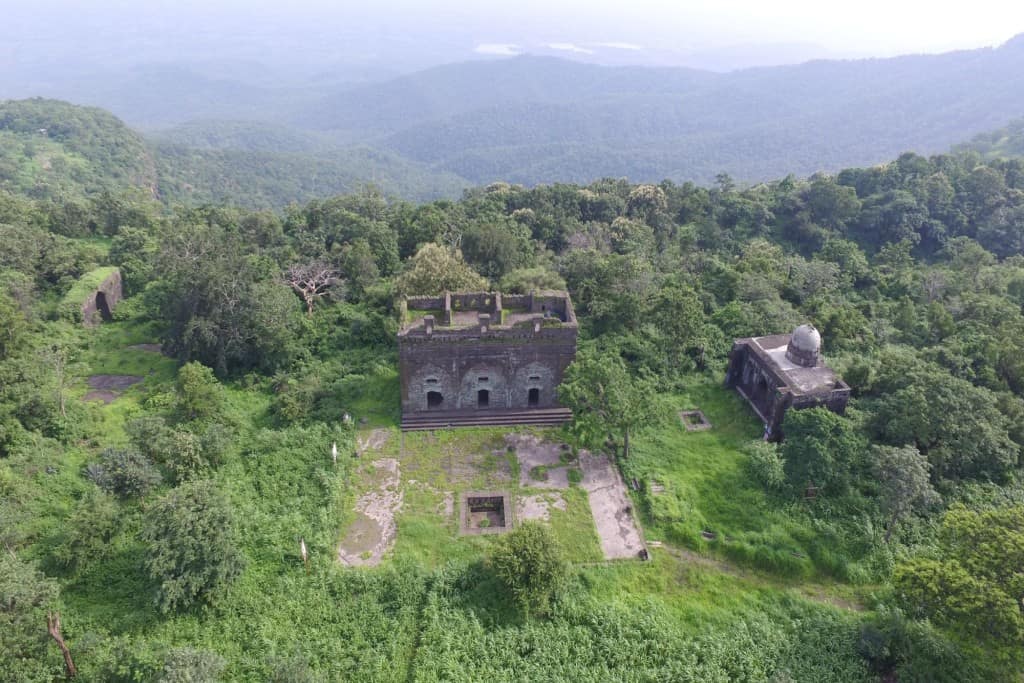 Narnala is located 60 kilometers away from Akola, a district headquarter in the Vidarbha region of Maharashtra. Situated at an altitutde of 940 meters above the sea level, Narnala experiences temperature varying from 35 to 43 degrees celsius and an annual rainfall that varies from 500 to 900 mm 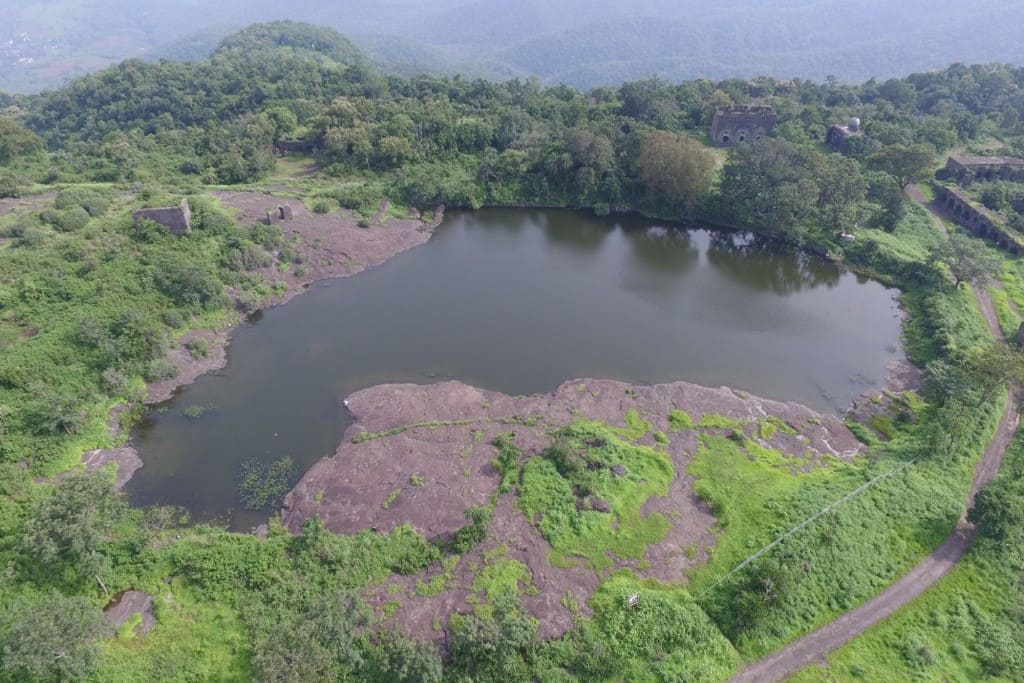 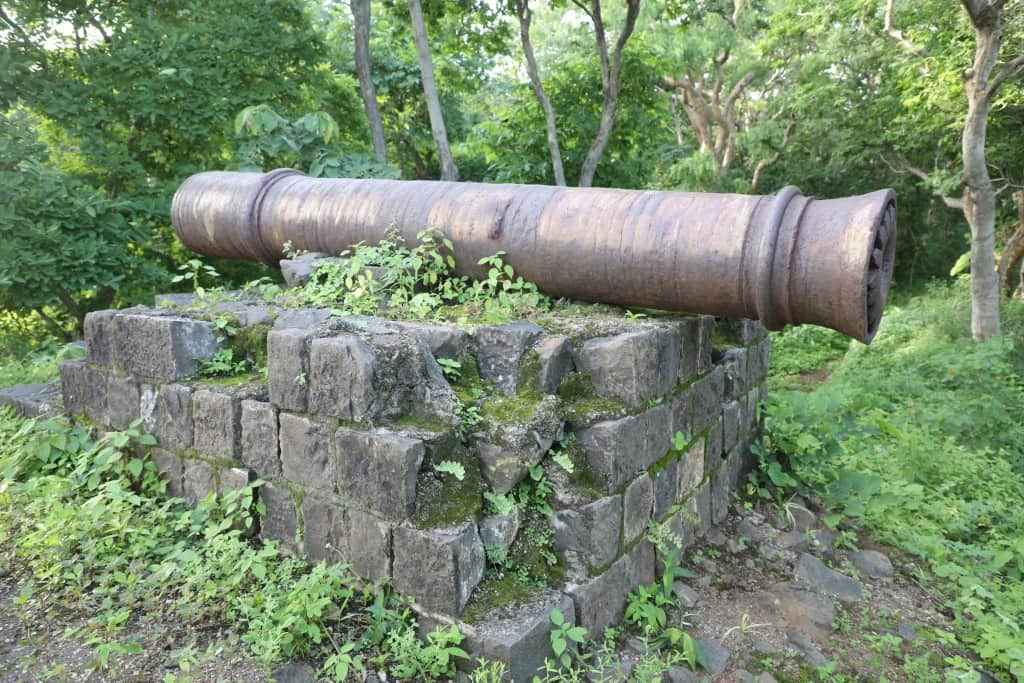 Akot and Akola are well connected with Nagpur and many other cities in Maharashtra. State transport buses ply regularly from Akola for Narnala

Nearest railhead is at Akola which is 45 kms away.

The nearest airport is at Nagpur.