History
Takhat Sachkhand Sri Hazur Abchal Nagar Sahib Gurudwara is one of the most important gurudwaras of the Sikhs where the ‘Takhat’ is located. The 10th guru of the Sikhs, Shri Guru Gobind Singhji, breathed his last on October 7, 1708. At the time of his death, Shri Guru Gobind Singhji asked for the Guru Granth Sahib to be installed there from then this came to be known as the ‘Takhat Sahib.’
The present building of the Takhat Sahib was built by Maharaja Ranjit Singh which took 5 years to complete (1832-1837). He used marble and gold plating to decorate the gurdwara during his reign. The complex of the Takhat Sahib is spread over several hectares. Besides the Takhat Sahib main shrine, it also includes two other shrines. The Bunga Mai Bhago Ji is a large room where the Guru Granth Sahib is seated, and some historical weapons are on display.
The inner room of the gurdwara is called the Angitha Sahib. It is built over the place where Guru Gobind Singh was cremated in 1708. This site is now one of the five Takht Sahibs which are places of primary importance to the Sikhs. In the two-storey building, the interiors are artistically ornamented. The walls have been covered with golden plates. The dome is made of gold-plated copper. Some of the sacred relics of Guru Gobind Singh are preserved here. These include a golden dagger, a matchlock gun, an archer with 35 arrows, two bows, a steel shield studded with precious stones, and five golden swords.

Weather/Climate
The region has a hot and dry climate. The summers are more extreme than winters and monsoon, with a temperature up to 40.5 degrees Celsius.
Winters are mild, and the average temperature varies from 28-30 degrees Celsius.
Monsoon season has extreme seasonal variations, and the annual rainfall in the region is around 726 mm.

Visiting Rule and Time
The best time to visit is the Winter season from November to February.
To witness the Gurudwara in its full swing, tourists should visit during the Sikh festivals.
The Gurudwara is open to the public for 24 hours on all days of the year. 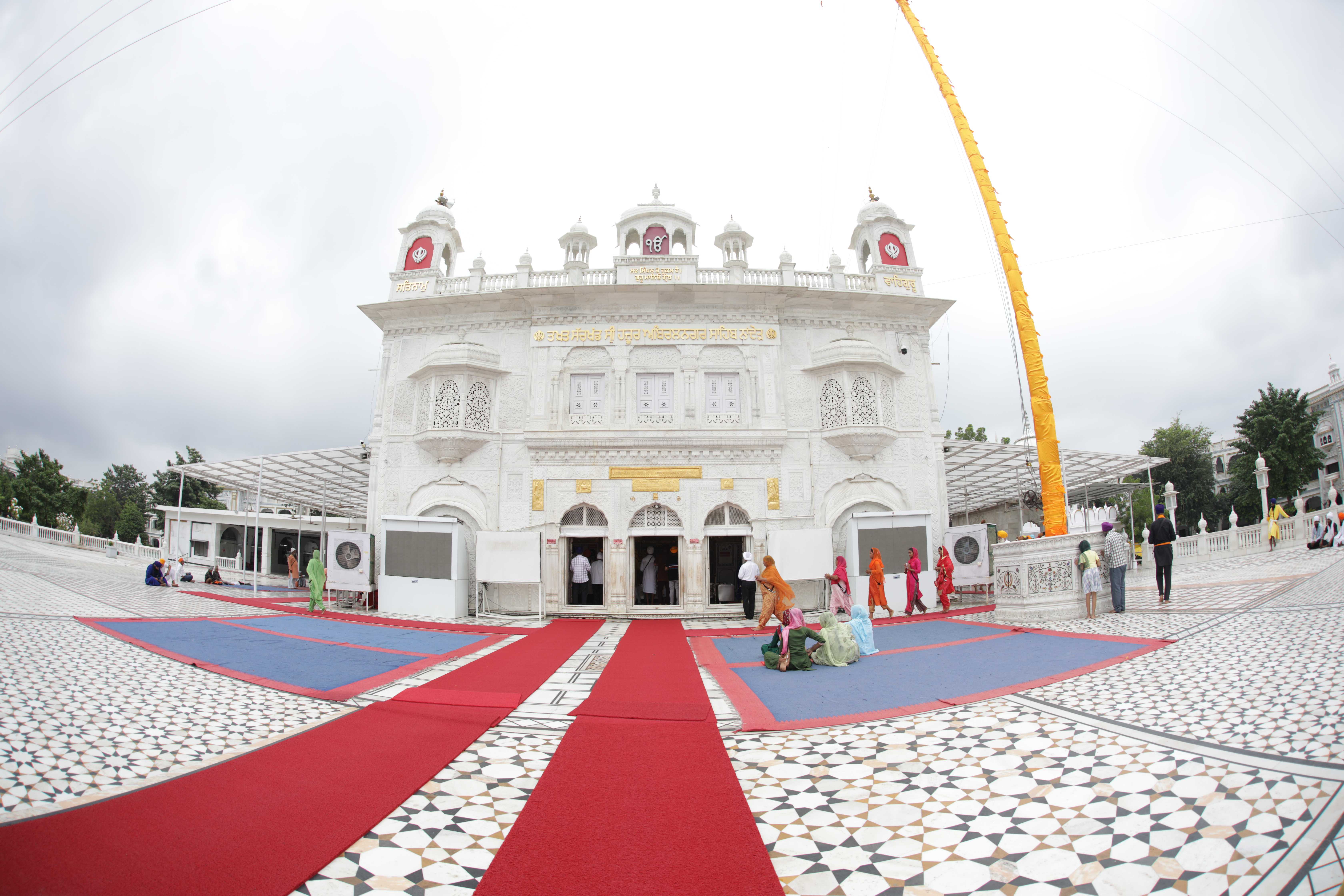 There rarely can be a place more significant, and even holier, than where a great philosopher has lived and breathed his last, spending years together in the service of mankind. This is true of the Sachkhand Shri Hazur Abchalnagar Sahib in Nanded where Guru Gobind Singhji, the tenth of the 11 Sikh gurus, held his final congregation. 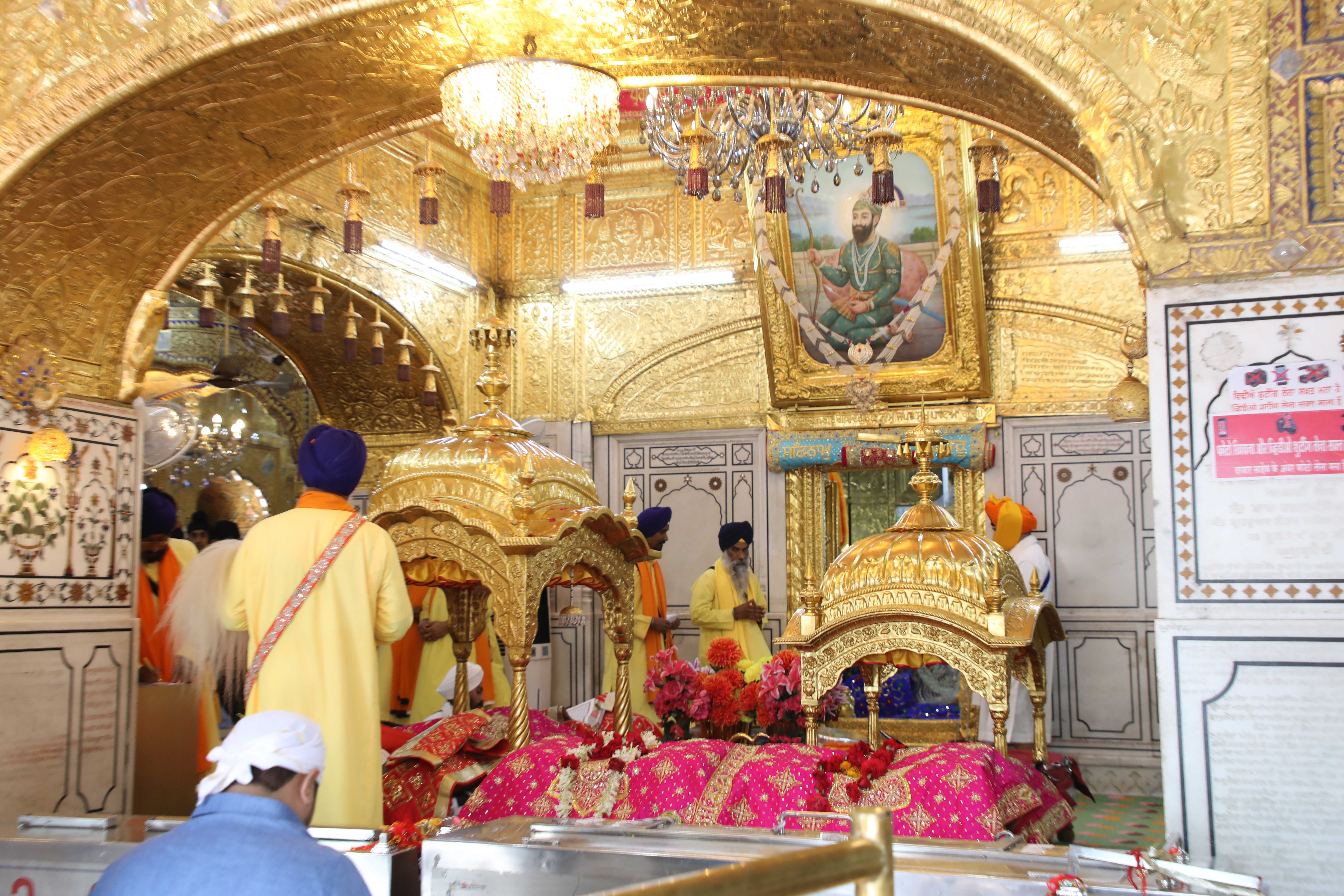 A laser show has been started at Gobind Bagh near the main gurudwara. In this show the lives of the ten gurus are briefly but very beautifully described. The show has been conceived and directed by Jasbir Singh Dham while the music and commentary is by ghazal singer Jagjit Singh. The show timings are 7:30 pm to 8:30 pm daily 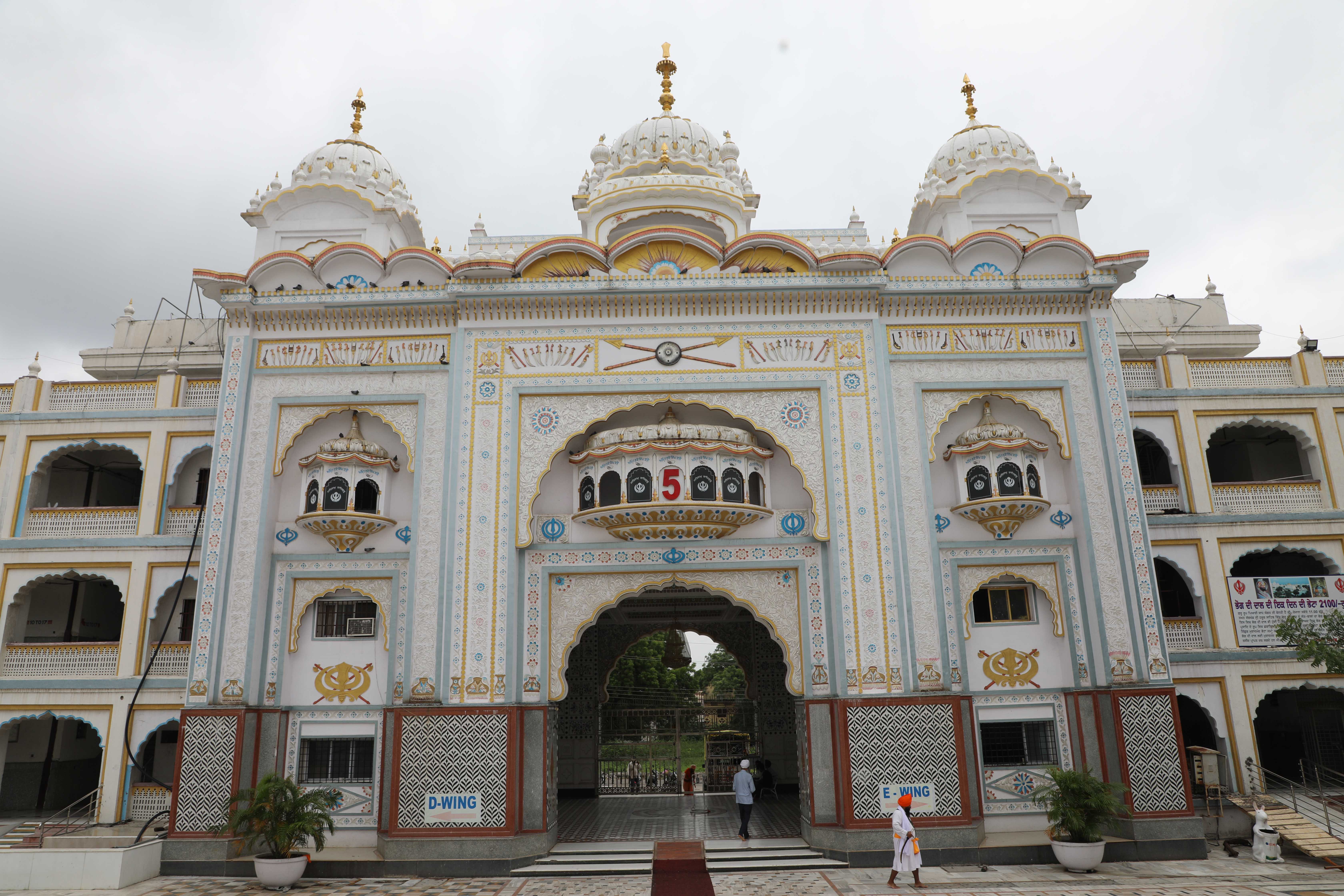 In the two-storey building, the interiors are artistically ornamented in the style of Harmandir Sahib, Amritsar. The walls of Angitha Sahib have been covered with golden plates. The dome is polished and on the pinnacle is a ‘kalash’ made of gold-plated copper. Some of the sacred relics of Guru Gobind Singh are also preserved here. These include a golden dagger, a matchlock gun, an archer with 35 arrows, two bows, a steel shield studded with precious stones, and five golden swords. 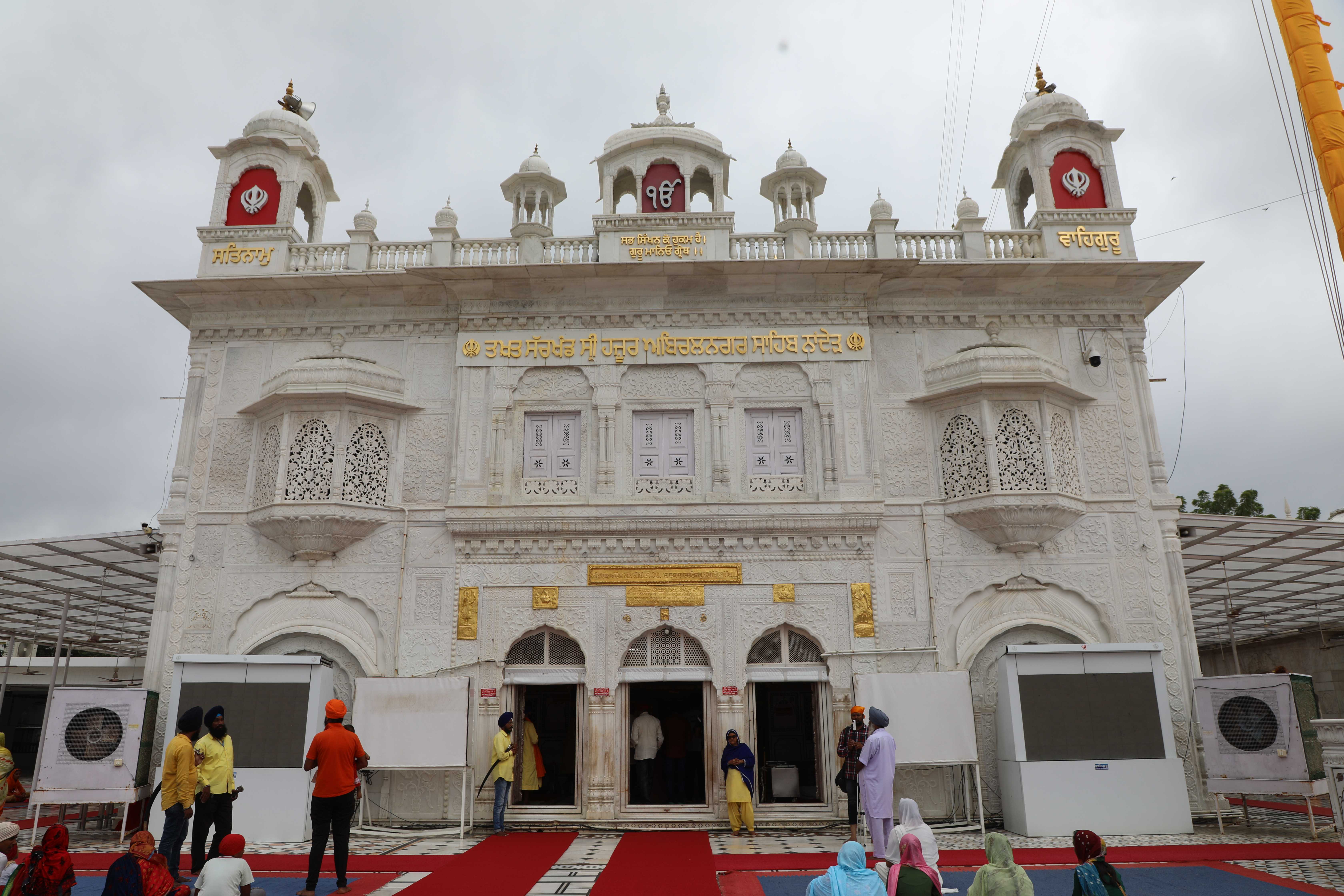 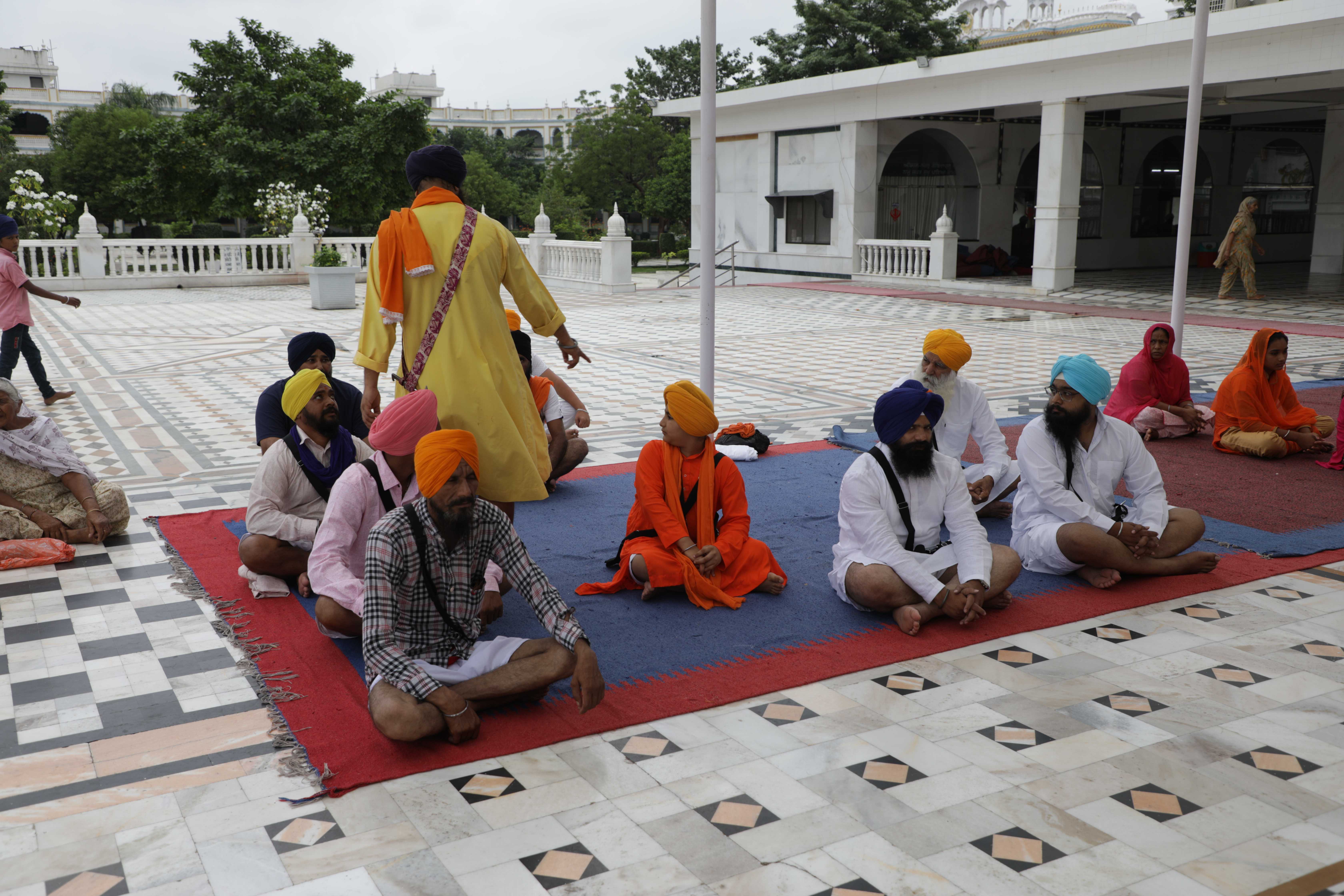 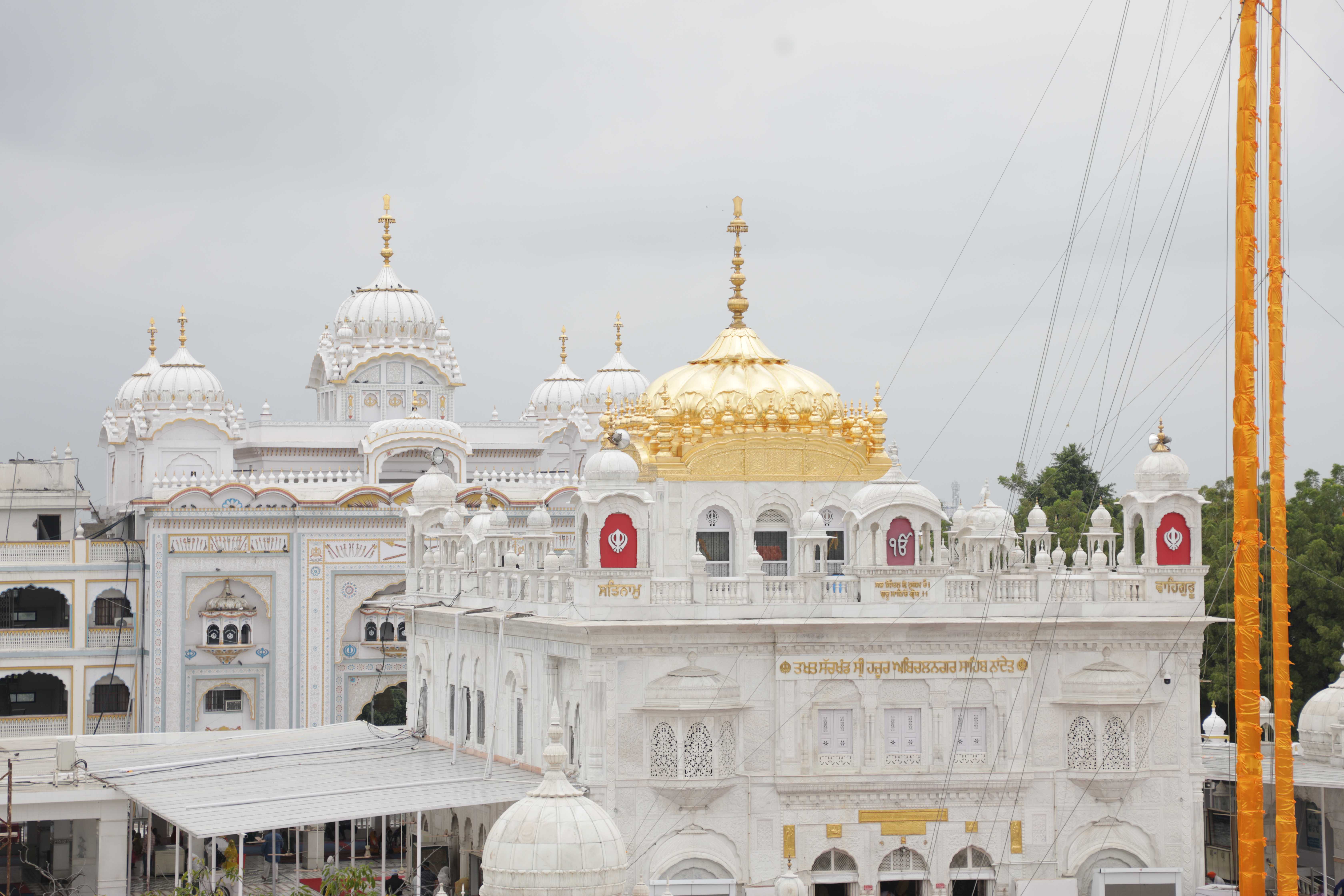 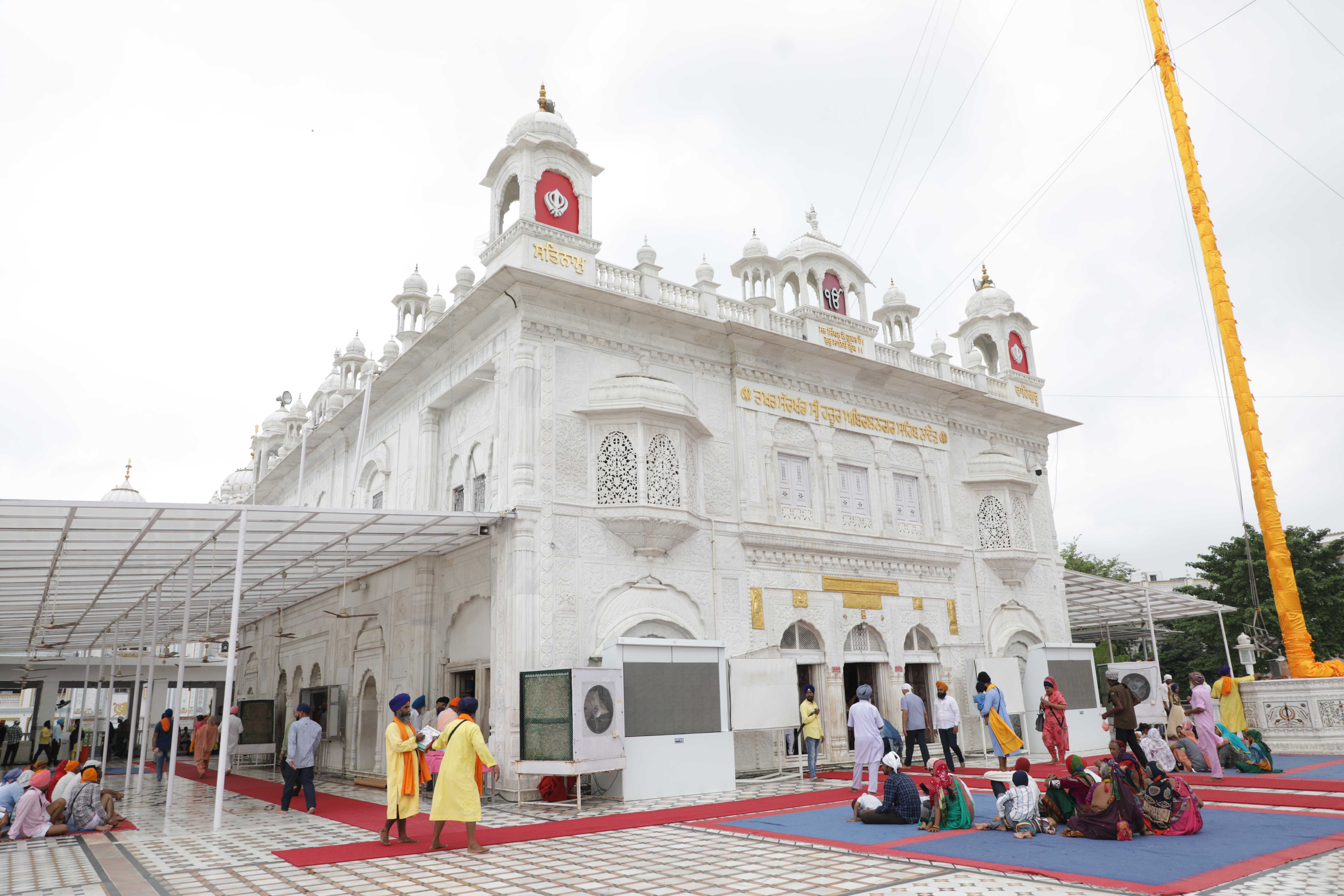 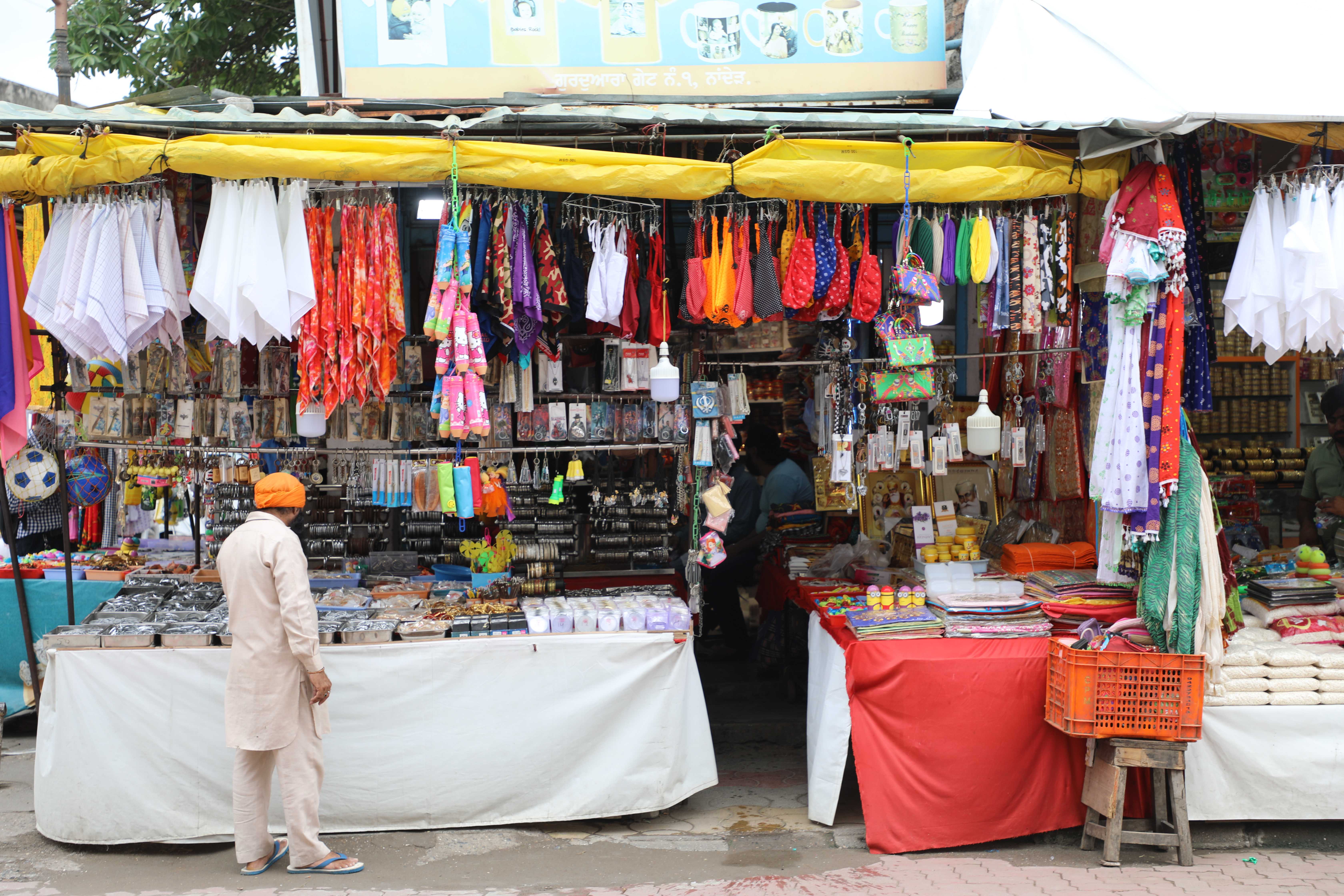 Nanded is 650 kms east of Mumbai by road. It is about 4-5 hours drive from Aurangabad and 11 hours from Pune. Nanded is about 250 kms from Hyderabad. Several passenger bus services operate out of Nanded providing easy overnight connectivity with almost every major city in Maharashtra.

Sachkhand express is a special super fast train running directly from Amritsar to Nanded. Currently Nanded railway line is connected to Mumbai via Manmad and to Hyderabad via Secunderabad.

Some airlines offer service from Delhi to Nanded and Mumbai to Nanded.