Monsoon snacks to warm up in the rain


With the onset of the monsoons, the landscape of Maharashtra is transformed, the dusty brown slopes and fields are suddenly lush green, in under a span of two weeks. With this change in the weather and nature, Maharashtrian cuisine too shifts into monsoon mode. Warming teas infused with spices, crispy deep fried bhajjis and hot sprouts stews like misal are served across the state in homes and also in little pop-up shacks (tapris) along all major roads. No monsoon outing to a hillside is complete without getting soaked in a waterfall and then drying off in a tapri with a piping hot plate of bhajji or a vadapav and a steaming cup of masala chai. Here is a list of must-eat monsoon snacks when visiting Maharashtra!

Bhajji is a snack similar to fritters, also called ‘pakoras’ in other parts of India. A unique Maharashtrian speciality are ‘khekda bhajji’. ‘Khekda' means crab. Although the name suggests that these fritters are made with crab, they are actually made with onions.They are called ‘khekdabhajji’ because of their crab-like shape. Bhajjis can be made from an assortment of assorted vegetables like capsicum, green chillies, potatoes, cauliflower, fenugreek leaves, spinach leaves and even pulses like moong dal (green gram).

Served as appetizers or a side dish in a meal, the KhekdaBhajji is unique because it is made with dry gram flour instead of a wet batter, thus giving the onions their distinctive crab shape. Easy to make at home, and or as a roadside snack, bhajjis are the ultimate monsoon treat in Maharashtra.

Vada-pav is a favourite Maharashtrian monsoon snack and is popular during travels or movie intervals. There are established chains and eateries serving vada-pav in cities and on highways, and it is gaining global recognition as the ‘Indian Burger’. ‘Vada’ is a potato patty dipped in batter, deep fried, andserved sandwiched in a sliced bun-shaped Indian bread baked in local bakeries i.e. pav.Vada-pav is served with a spicy red chutney, made of garlic and dry coconut, and fried green chillies. One of the most popular Maharashtrian street foods, this tummy filler is very easy on the pocket too.

A Maharashtrian speciality , ‘misal’ literally means mixture. Misal is a mixture of pharsan (dry snacks mix made with gramflour, peanuts etc), potatoes, and onion, served with aspicy moth bean currycalled ‘Kat’ and pav.Though categorized as a snack, it is pretty much a meal in itself.Misalpav has plenty of regional variations within Maharashtra like Kolhapurimisal, Solapurimisal, Punerimisal, Nagpurimisal.The essence of the variation lies in the secret of thefresh and dry masala used to make the ‘Kat’. Also the level of spice and oil varies in different places. Every city has its own misalplace serving the regional specialty.A simple preparation,Misalcan be eaten at any time of the day although it is mostly a breakfast preference.

No monsoon snack is complete without being washed down by a piping hot cups of ‘Masala Chaha’,  tea flavoured with elaichi(cardamom) and ginger. The spices give the tea added warmth and flavour, perfect for a rainy day. 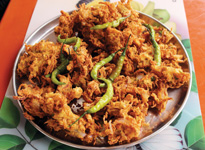 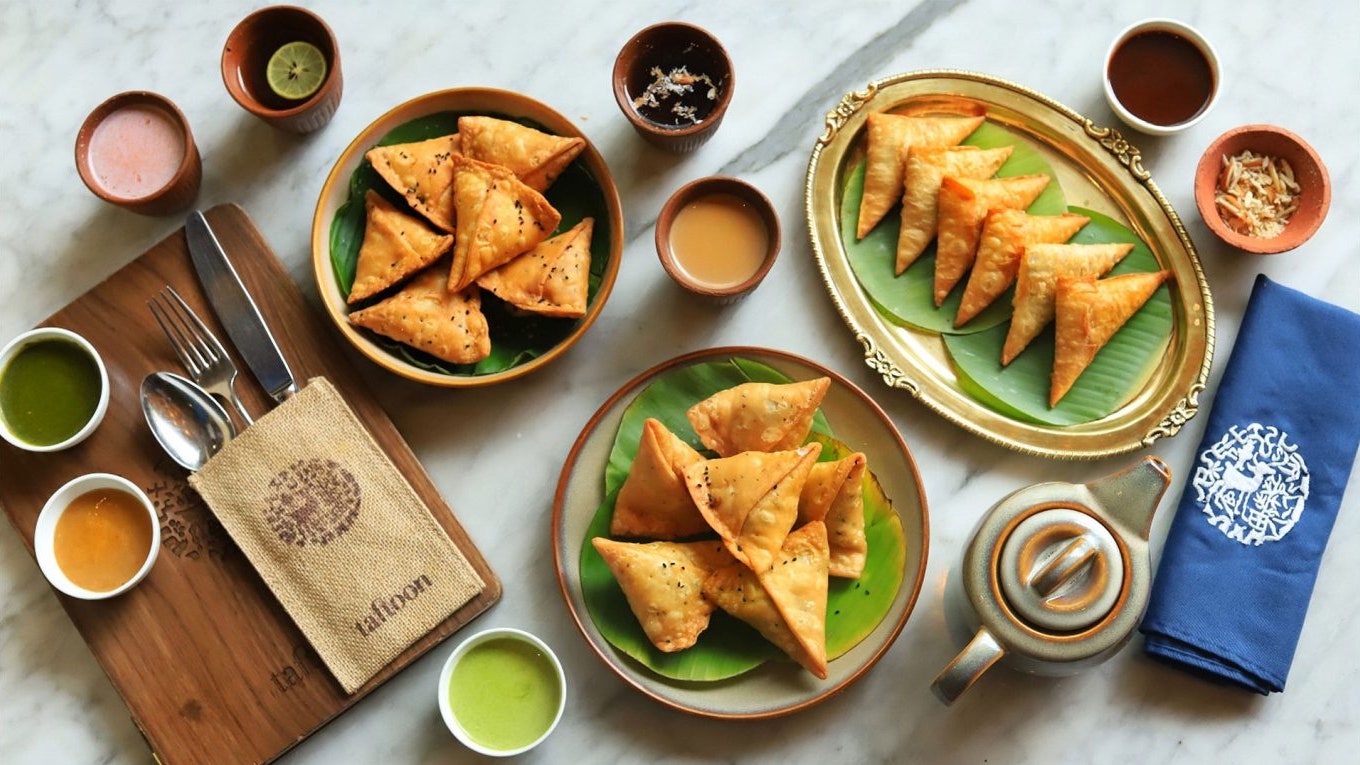