Kolhapur is the largest city in Southern Maharashtra and a prominent city in Western Maharashtra. It is an important city on the Pune-Bangalore highway. Many tourist places and hill stations are situated in the vicinity of Kolhapur.

The state of Kolhapur was established by Tarabai in 1707 because of a succession dispute over the Maratha kingship. The Maratha throne was then governed by descendants of
Tarabai; one of the prominent kings was Rajarshi Shahu Maharaj (Shahu of Kolhapur). In his reign, he promoted cost-free education to people of all castes and fought against untouchability. After India's independence in 1947, it merged with Bombay state on 1st March 1949. Often, Kolhapur is referred to as Dakshin Kashi (South Kashi is a holy city in Northern India) due to the presence of goddess Mahalaxmi or Ambabai and its rich religious history.

The city has historic importance, one can visit places like Chhatrapati  Shahaji museum, Chandrakant Mandare Art Gallery, Shalini palace. Some quality time can be spent at Rankala Lake or Panchganga ghat during the evening.
One can visit to places like Mahalaxmi temple and Jyotiba which are important from religious point of view.

One can plan to visit the following tourist places along with Kolhapur:
●    Dajipur Wildlife / Radhanagiri Wildlife sanctuary:  It is a wildlife sanctuary and natural World Heritage Site of category ix and x since 2012, located in Kolhapur district. It lies at the southern end of the Sahyadri hills in the Western Ghats. It was the first wildlife sanctuary declared in Maharashtra, notified in 1958 as Dajipur Wildlife Sanctuary and is popularly known as the "Bison Sanctuary” due to the presence of Indian bison or gaur with a population of around 1092 in 2014, it is considered as a flagship species of the area.
●    Shri Chhatrapati Shahu Museum: It is a palace situated in Kolhapur. The palace took 7 years to complete from 1877 to 1884, costing about seven lakhs of rupees. It has attracted many tourists from all over Maharashtra because of its excellent Indian architecture with built-in black polished stone. Palace has extensive premises with a garden, fountain and wrestling ground. The eight-angled building has a tower in the middle. Even today it serves as a place of residence for Chhatrapati  Shahu Maharaj the direct descendant of Chhatrapati Shivaji Maharaj.
●    Gaganbawda: - Gaganbawda is situated on the Sahyadri range or the Western Ghats, and has a very famous fort Gagangad near it. Gaganbawda, though only 55 KM from Kolhapur, is an undeveloped, and hilly area of the district. Gaganbawda gets the maximum rainfall during the rainy season. Owing to its scenic beauty it attracts the tourists from surrounding regions.
●    Ramtirth waterfall: Ramtrith waterfall, situated on the
banks of the Hiranyakeshi river, 87 KM away from
the town of Kolhapur. The waterfall here comes into bloom in the monsoon. The prime feature of the waterfall is that it
never dries. It is located near Ajara which is a historic small town locatedin the Kolhapur district of Maharashtra.
•    Sagareshwar Deer Sanctuary: It is located 69 KM to the north of Kolhapur, spread in the area of 1088 hectors. As the name suggests it is famous for deer. The place has got religious importance as it is surrounded by more than hundred temples.

Jyotiba Temple: - Jyotiba Temple is a holy site of Hinduism near wadi Ratnagiri in Kolhapur district of Maharashtra state in western India. The temple is dedicated to the lord Jyotiba. An annual fair takes place on the full moon night of the Hindu months of Chaitra and Vaishakha. Due to scattering of 'Gulal' the whole mountain turns pink. A lot of tourists visit the place on Sunday as the day is dedicated to lord Jyotiba.
Mahalakshmi Temple: - Mahalakshmi Temple (also known as AmbabaiMandir), is an important Hindu temple dedicated to Goddess Mahalakshmi and Parvatidevi located in the heart of the ancient city of Kolhapur. It is one of 51 shaktipeeth according to Devi Purana, one of 18 Maha Shakti Peeth as per Sankar Samhita of SkandaPurana and AshtaDasha Shakti PeethaStotram. Mahalakshmi Temple is built in Hemadpanthi architecture style. Creator of the temple is Karnedeva, Chalukya Empire and it was completed in the 7th century. Festivals celebrated are Kirnotsav, Rathotsav and Lalita Panchami.
Panhala Fort: - Panhala fort known as Panhalgad, is located in Panhala, 20 KM northwest to Kolhapur in Maharashtra, India. Panhala fort was built by Raja Bhojasecond, Ibrahim Adil Shah first in the year between 1178 and 1209 CE. It is strategically located looking over a pass in the Sahyadri mountain

Kolhapur is famous for its unique dishes called "PandharaRassa'' and "TambdaRassa'' (White gravy and Red gravy respectively) which are served as a part of thali. "Kolhapurimisal" and "Delicious Mutton recipes” are also famous cuisines of Kolhapur. The restaurant here serves a variety of dishes such as Kolhapuri fish, Mutton Rassa, Kolhapuri vegetables with rice or bhakri and Kolhapurimisal with bread.

The winter season in Kolhapur prevails from November to February. It is the best time to visit Kolhapur as the weather becomes extremely pleasurable at this time. The temperature in the season lies between 14° to 30degree celsius.
Tourists are advised to avoid the months between
March-May as the summer here is excruciatingly hot. 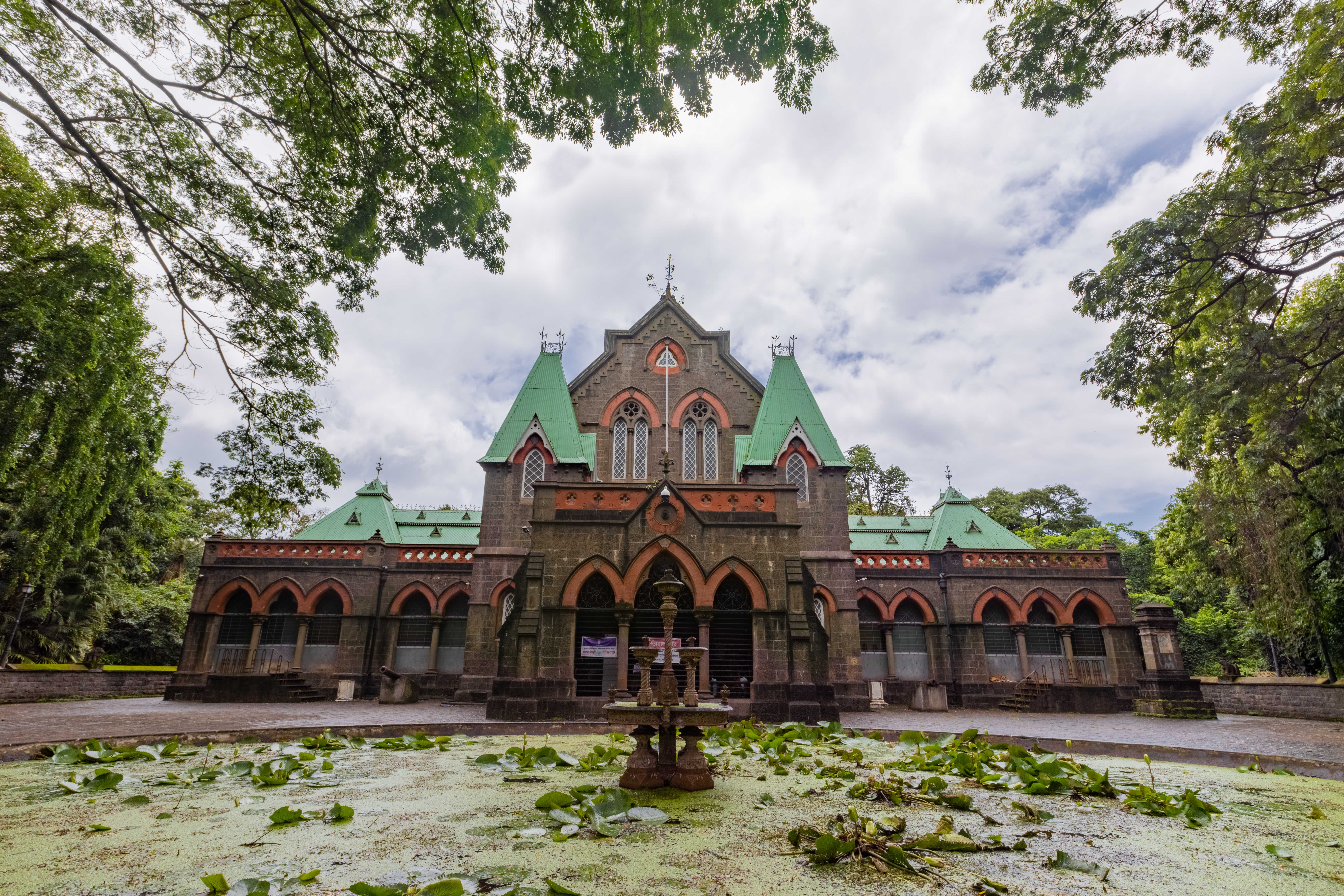 Located 377 kilometers from Mumbai and 237 kilometers from Pune, Kolhapur is very well-connected with most of the cities in Maharashtra by a good network of roads and railway. For the devout, it is the temple of Goddess Mahalakshmi in Kolhapur that is a big draw, it being the most revered shrine in the state. That apart, Kolhapur also serves as a base for making single day trips to many other places, all of them unique in their own ways. 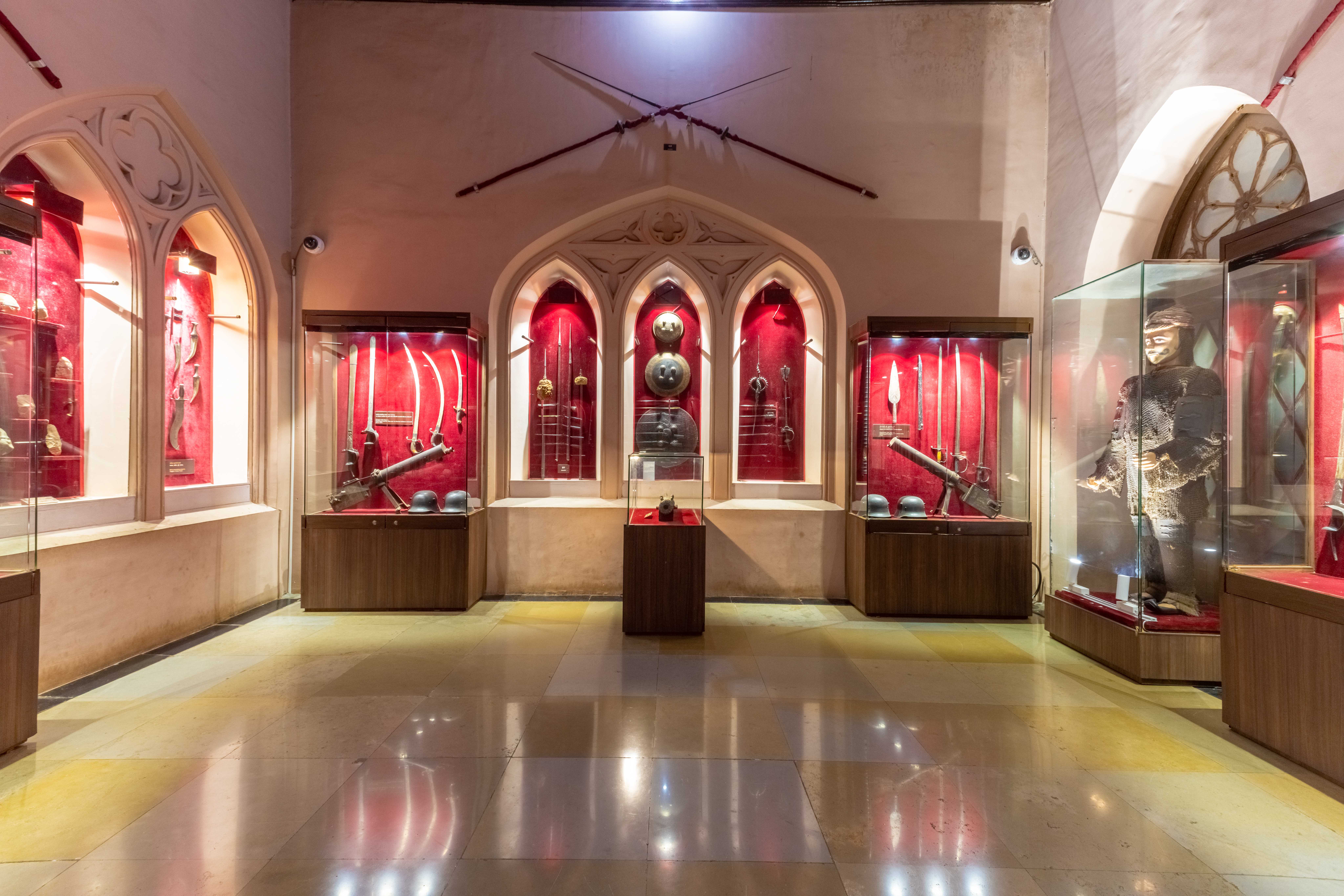 To the east of Kolhapur at about 20 kilometers is the wonderful Siddhagiri Gramjivan Museum. Maintained by the Kadsidheshwar Math, it displays ancient India, and in particular the age-old self-sufficient rural system, some of the peculiar festivals observed ages ago, a typical bazaar and much more, all in sculptural form. For nature lovers, the Dajipur Wildlife Sanctuary should be a priority on the travel list since it is known for its bison. 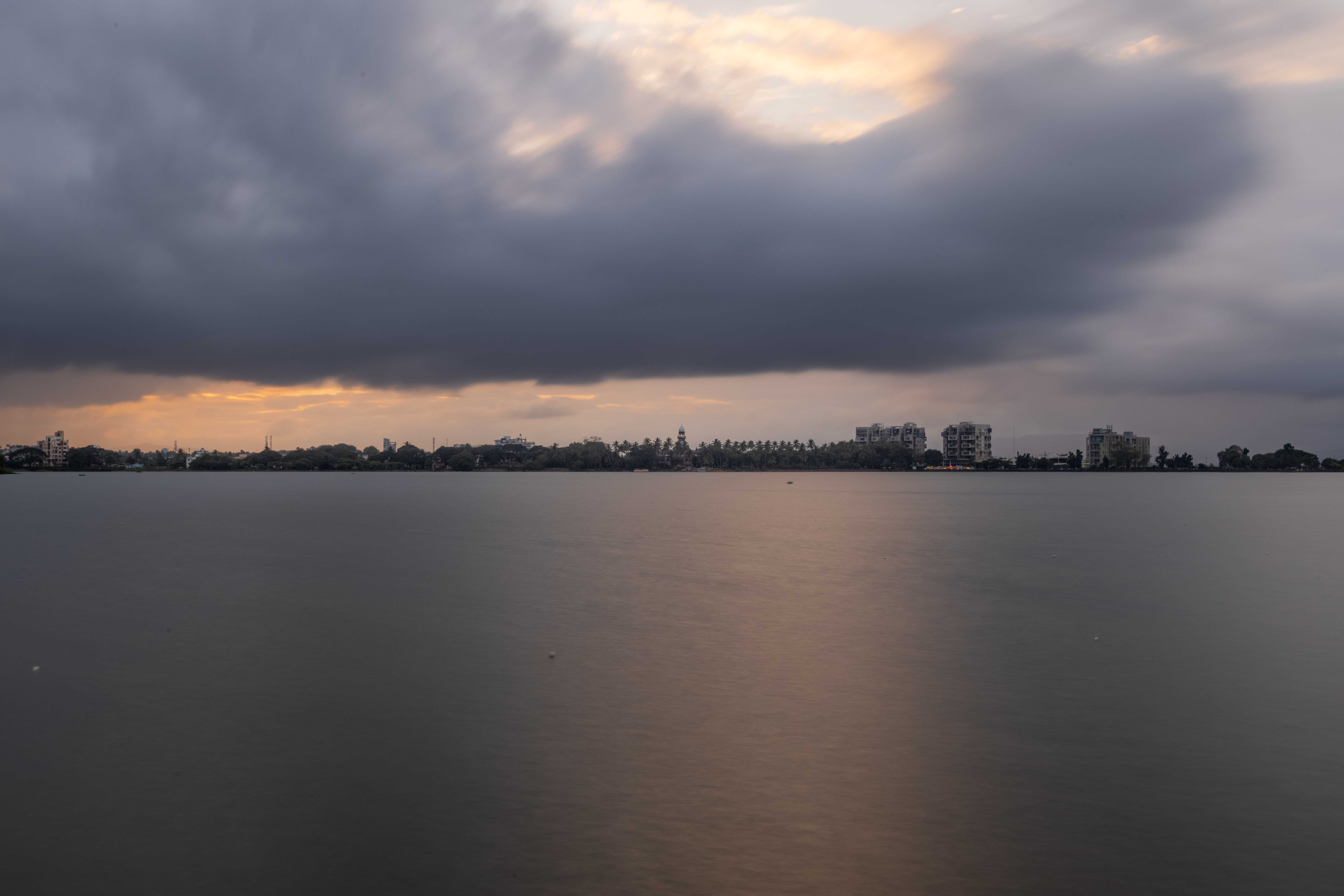 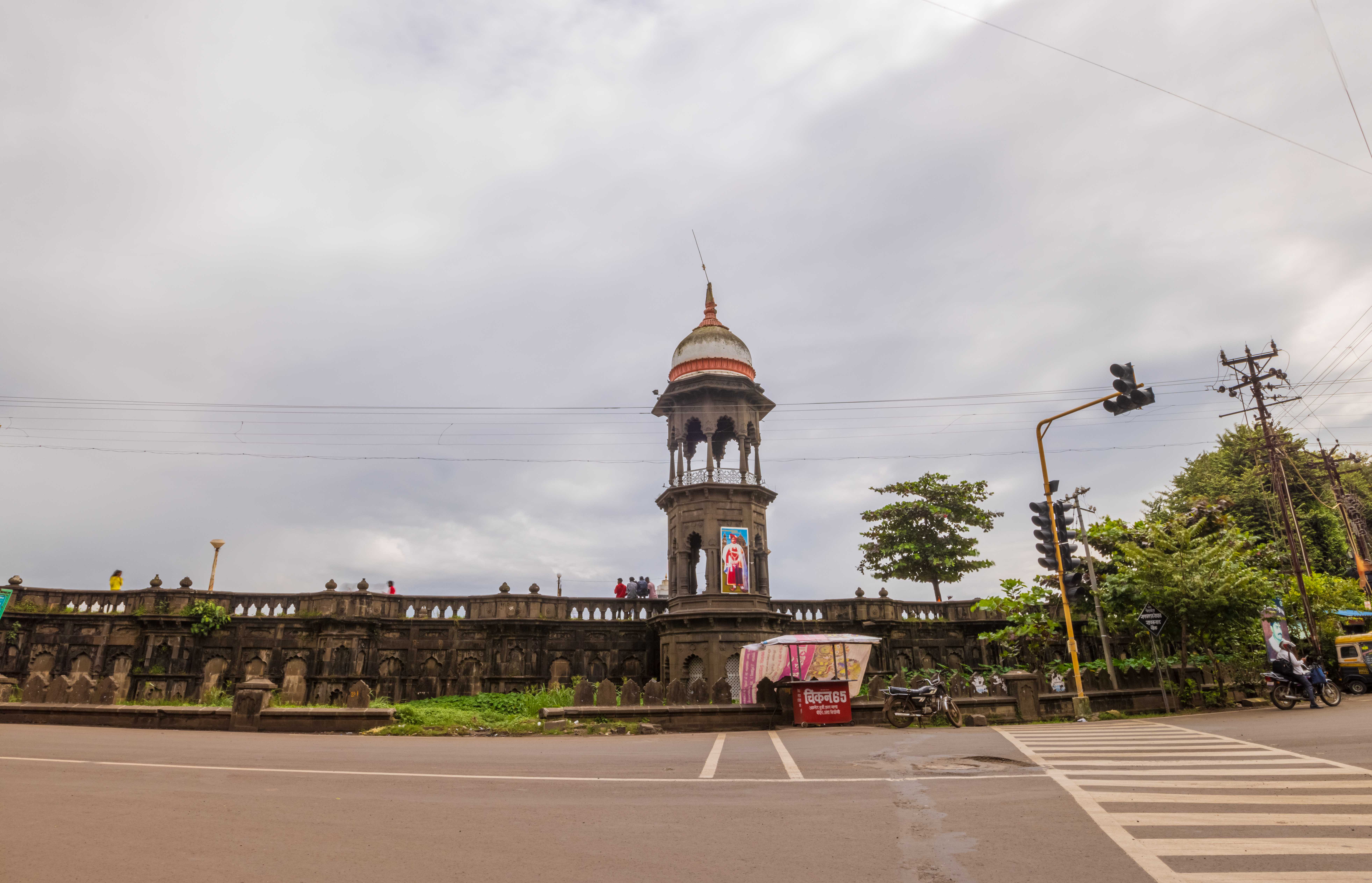 Take Mumbai – Pune Express way then join on the Pune - Banglore Highway, NH 4 up to Kolhapur. By car it takes around 6 hrs to reach Kolhapur. There are state transport buses and even private buses plying frequently between these two cities. Kolhapur is very well connected to all the major cities.

There are very few direct trains from Mumbai to Kolhapur. The minimum time a train takes to reach Kolhapur from Mumbai is 10h 05m.

There are no flights between Mumbai and Kolhapur.