Shravan, the Hindu calendar's fifth month, provides a variety of opportunities for such celebrations. The 'coconut festival,' on the other hand, is truly unique.In Maharashtra, this event celebrates the conclusion of the monsoon season. On the first full moon day of Shravan, it is commemorated. Because the word "naral" means "coconut" in Marathi, this celebration is also known as "Narali Pournima." Other names for it include ‘Shravani Pournima,' ‘Rakhi Pournima,' and ‘Raksha Bandhan.'The start of the new fishing season coincides with the ‘coconut festival.' In Maharashtra, the fishing community (known as Koli) commemorates this anniversary with zeal. On this joyous day, fishermen who rely on the sea for a living appease the sea god before sailing out into the water in brightly coloured boats decorated with various streamers and ornaments.During the worship, coconuts are offered to the sea god, and prayers are chanted to request protection from natural disasters and to assist in the harvesting of plentiful fish from the sea. The singing and dancing lasts all day, and the entire fishing community gathers at the beach to commemorate the occasion. The distinctive delicacy made for this celebration is sweet coconut rice.The reason for supplying coconut is because it is seen to be the most pure. The water and kernel inside the coconut are pristine, and a coconut is thought to have three eyes, symbolising the presence of Lord Shiva on a religious level. This festival is also related with another mythology.According to the epic ‘Ramayana,' the practise is a form of thanksgiving to Lord Varuna (god of rain or water) for holding aloft the bridge that allowed Lord Rama to travel to Lanka. 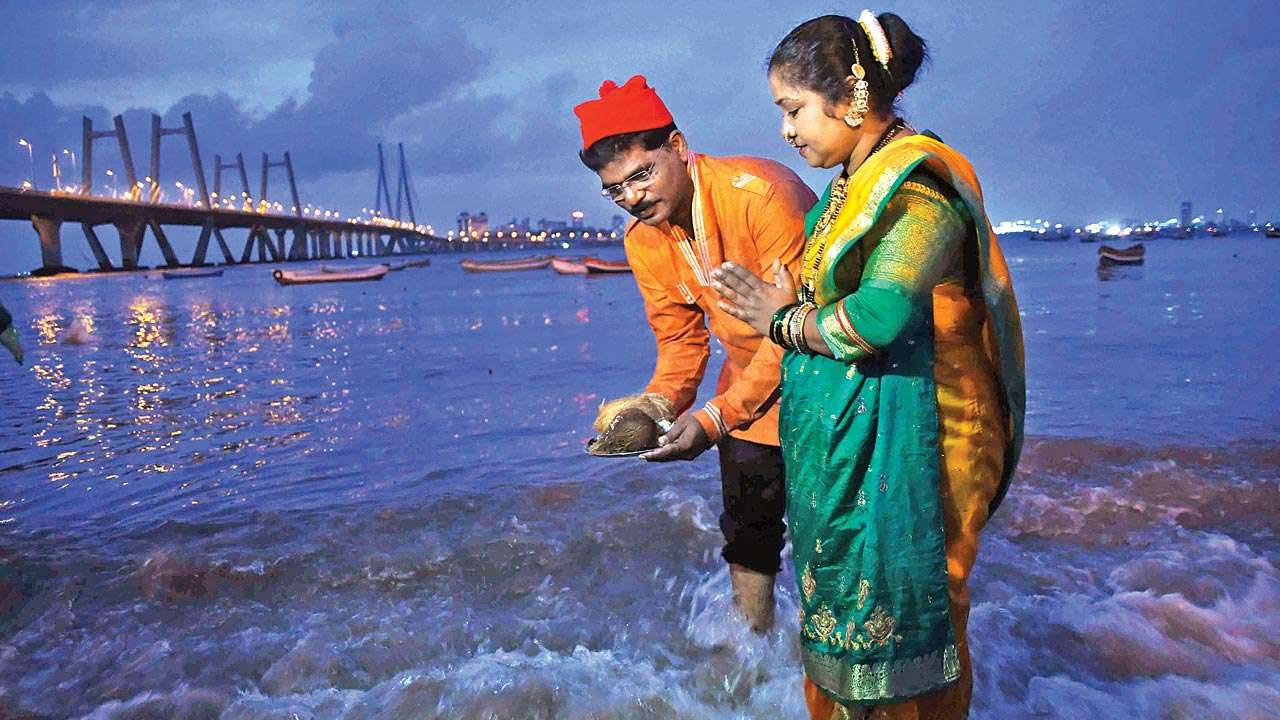