Naldurga fort is a gigantic fort. This invincible fort was constructed during Adil Shahi of Bijapur. The fort walls  run 3 KM in length with 114 strongholds. The fort of Naldurg is considered to be the best example of the military engineering and architecture of medieval India.

Naldurg fort is an excellent land fort from medieval times. Legends say it was built by king Nal, after whom the city and the fort are named. The fortification was inherited from the time of the Chalukya Kings of Kalyani. The fort later was controlled by Bahamanis, Adhil Shahs and then Mughals. Chand Bibi Sultana and Ali Adil Shah got married at this fort. The Makhbara (tomb) of Nawab Amir Nawazul Mulk Bahadur and Princess Fakharunnisa Begum, daughter of Nizam ul Mulk II Mazars are at Naldrug. Individuals of Naldurg and the whole Marathwada people visit the holy place to pay respect to their late ruler. After the demise of Nawab Sahab, his successors became the Governors until 1948. The fort is intensely sustained and has fort walls that are constructed from 'deseed basalt' rock. The dam is 90 feet in height, 275 meters in length and 31 meters wide from the top. In the focal point of the dam is a room with a delightfully planned gallery loosening up called the PaniMahal in a real sense meaning the water castle. The Bori river is kept down by the dam making an excellent lake on the fort. When the river floods, the water streams over the dam in a curve and one can see the cascades brought about by this while sitting inside the Pani-Mahal while not getting wet. This is an exemplary illustration of water boards in middle age India. The 15 feet tall 'Upalaya' or bastion in the fort is an incredibly alluring landmark of the Naldurg fort. There are two guns 18 feet and 21 feet since quite a while ago mounted on this fort. Naldurg fort is a treat to the eyes and a fort which makes one need to turn back the clock !

Naldurg is a land fort, to see the entire fort one may have to walk a lot while visiting the place.

There is a lot to see in the fort!
● Upalaya bastion
● Dam
● Pani Mahal
● Lake
● Waterfalls during the monsoon rains.

It is known for the local Maharashtrian cuisine.

- One may even visit during the winter as the temperatures are cooler.

- One should wear weather appropriate clothing and a good pair of sandals or shoes as one may  have to walk to see the fort. 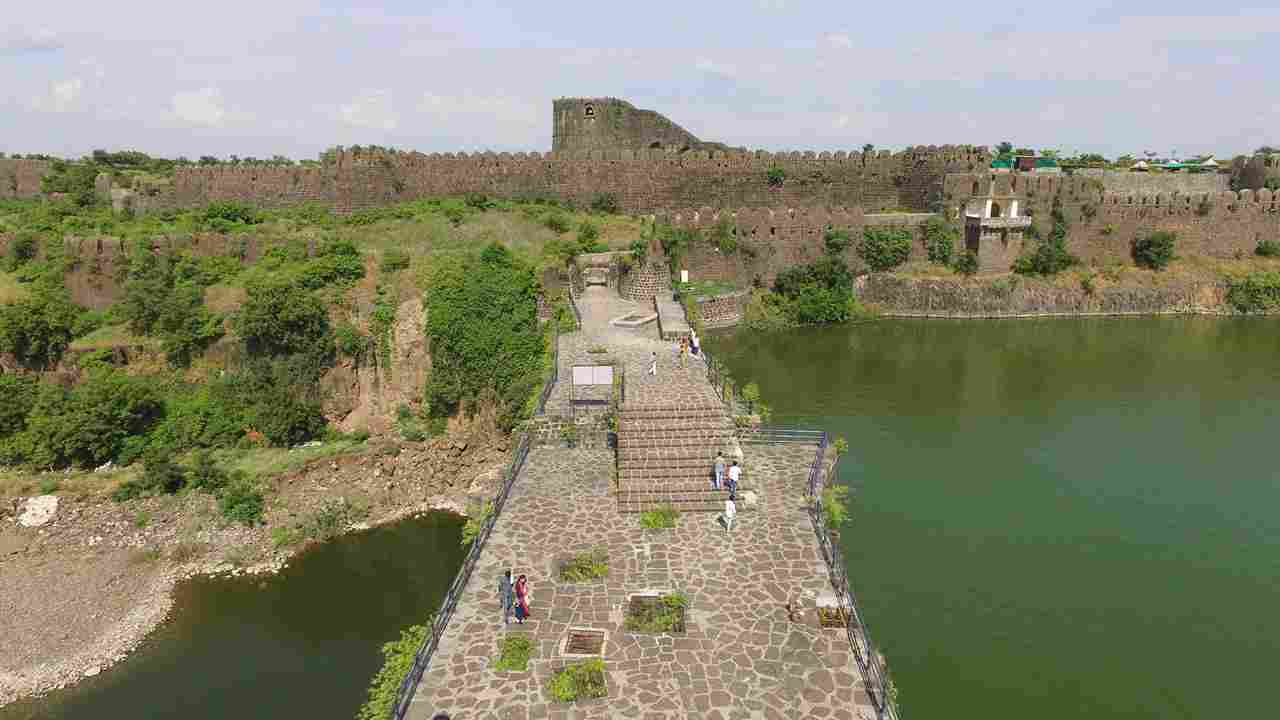 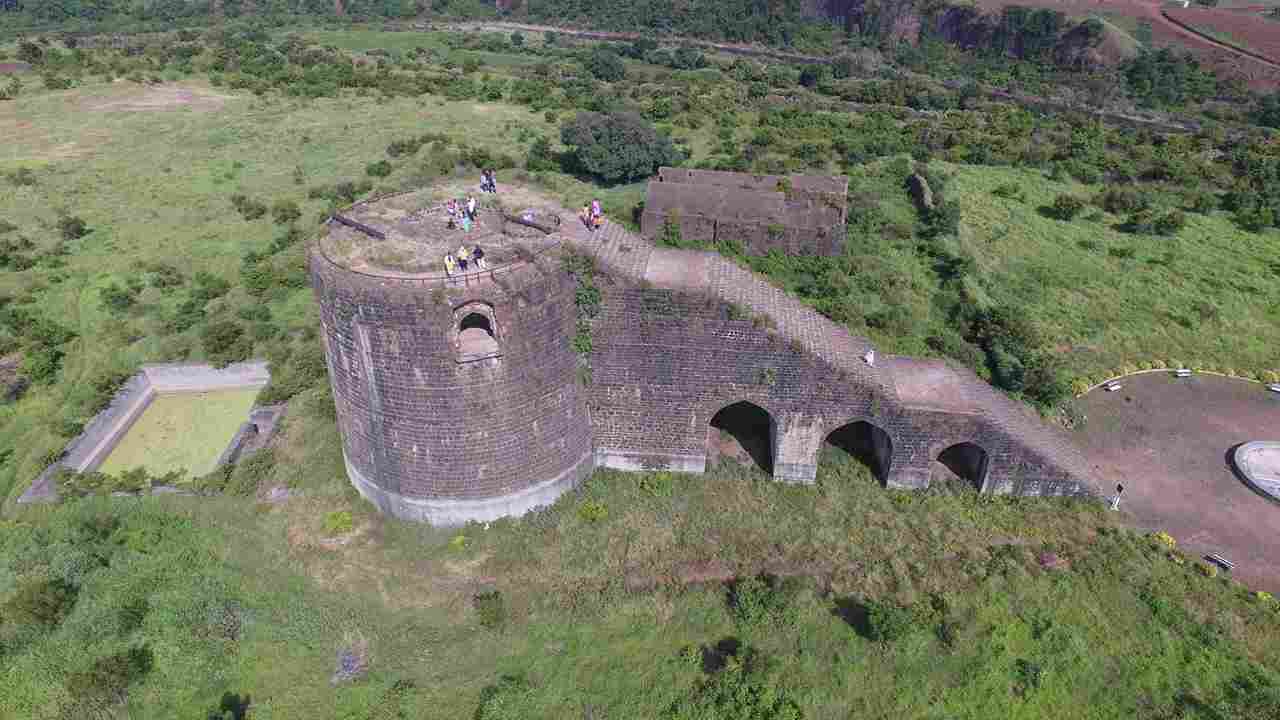 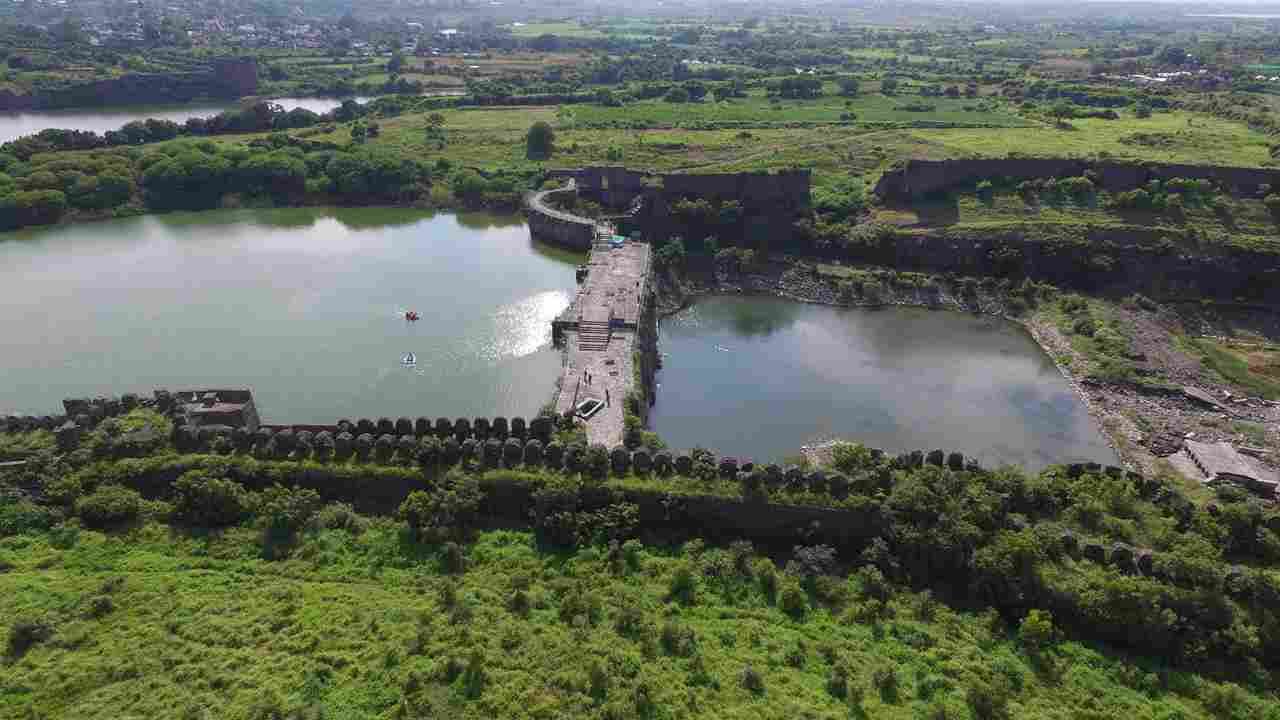 The most attractive structure on this for t is the ‘PaniMahal’. The moat around this fort is nothing but the water of Bori River. It’s filled by changing the direction of the flow of the river. 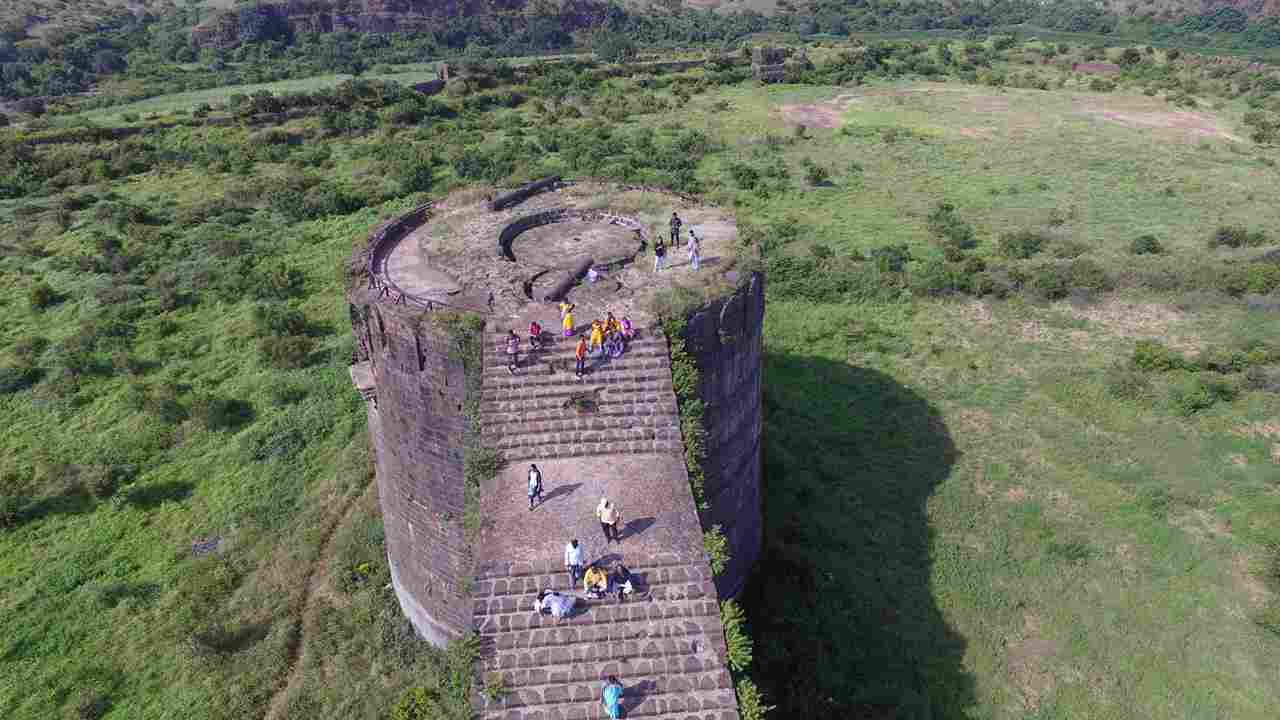 . In era of second Adilshaha, a weir was constructed on this river. The Naldurg fort and the ‘RanMandal’ fort are at the two ends of this weir. 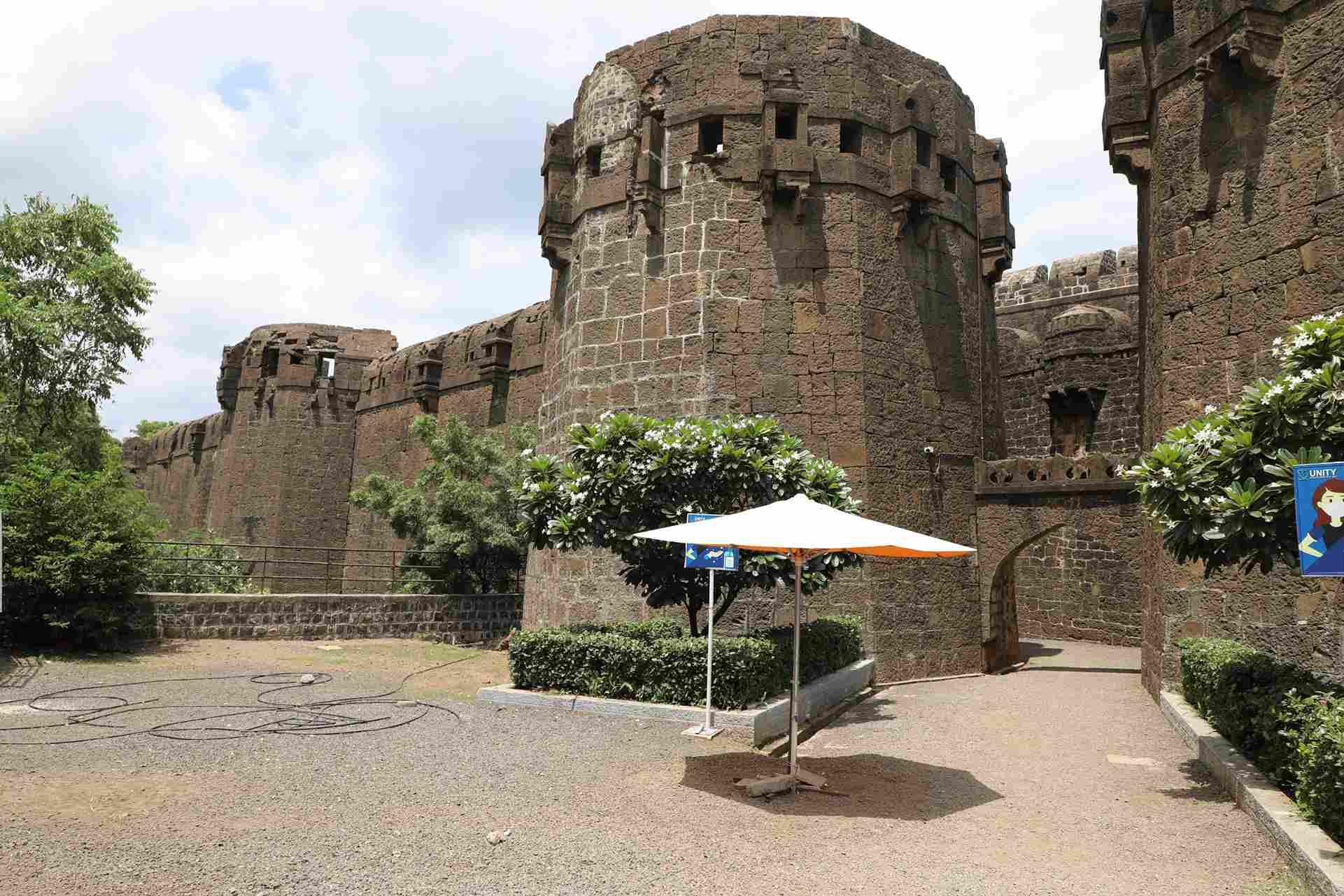 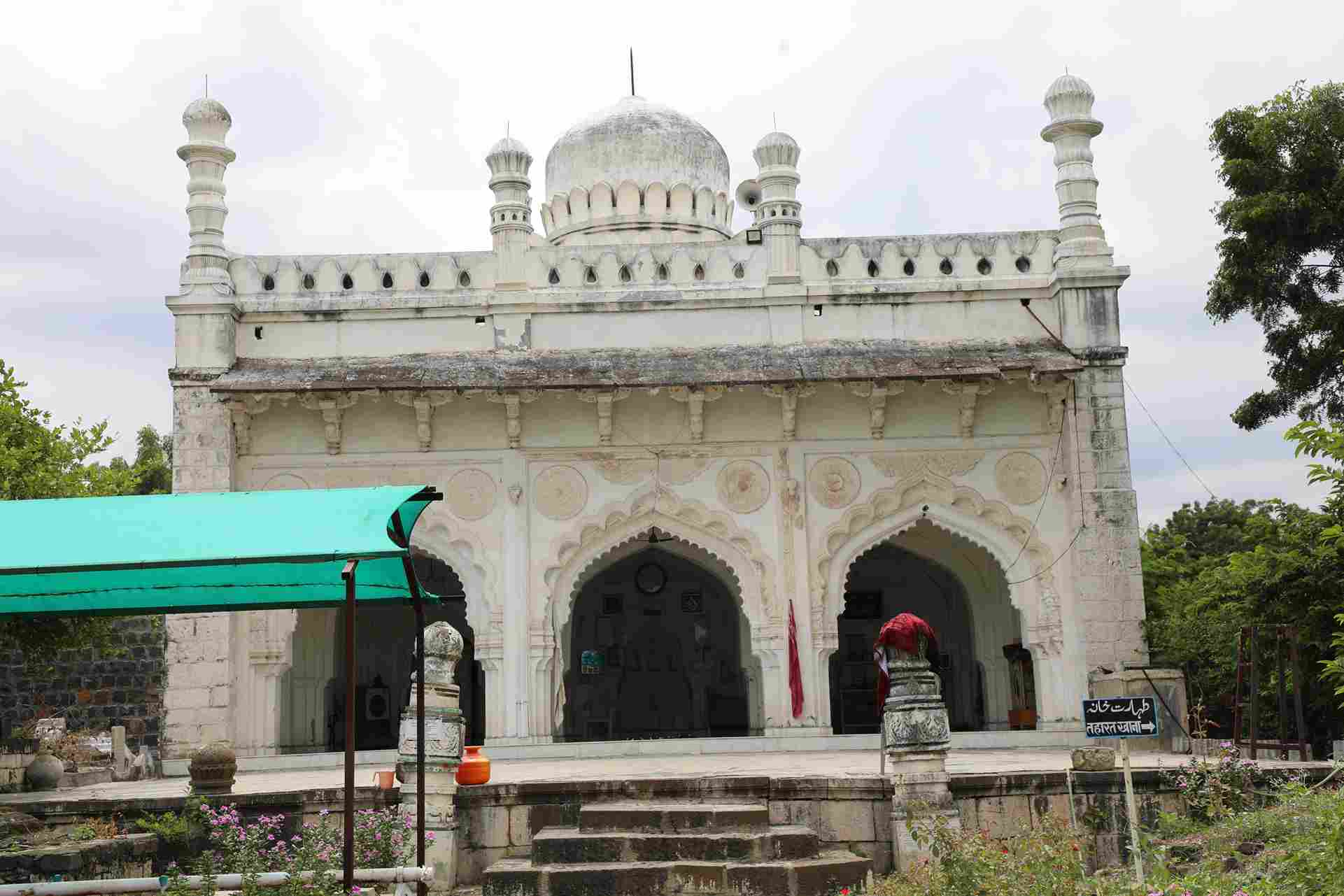 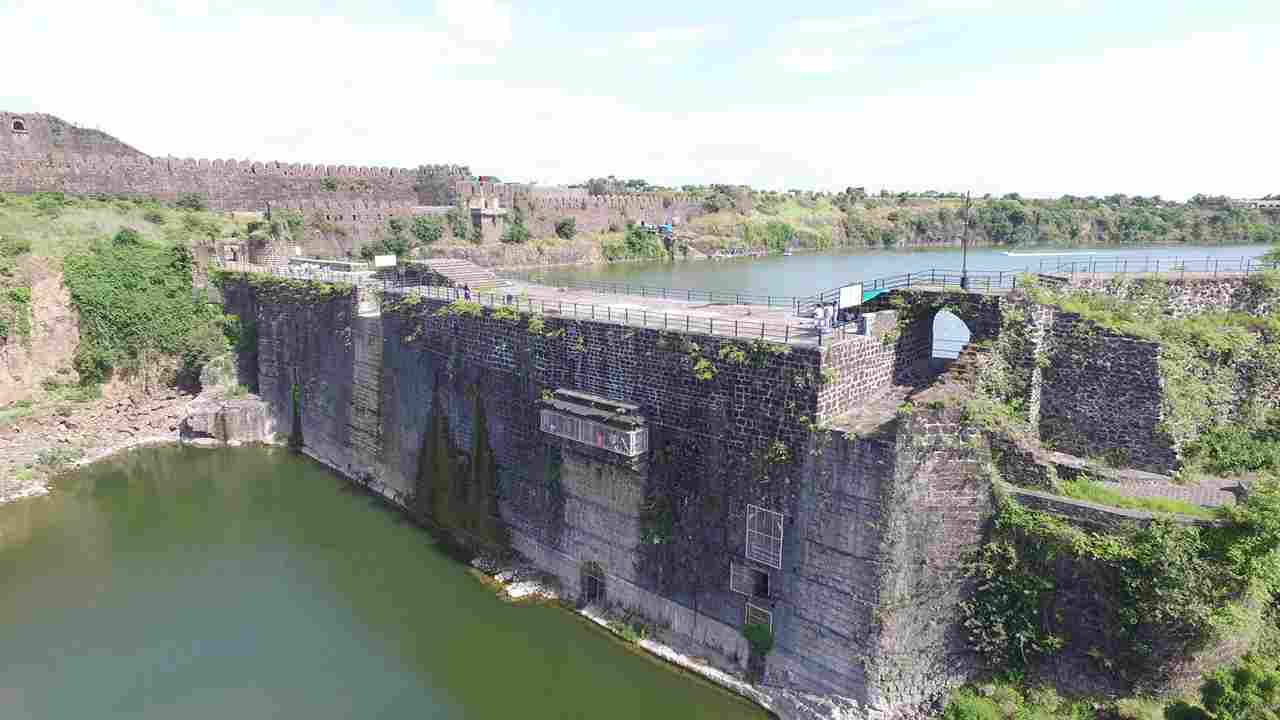 Train: The nearest train station is the Solapur station which is 50 KM from the fort.