Ellora is a UNESCO World Heritage site from Aurangabad district, comprising more than 100 rock-cut caves. Out of which, only 34 are open to the public. The complex has caves from Buddhist, Hindu, and Jain faith. It is famous for the exceptional monolithic shrine of Kailash Mandir.

The Ellora caves complex is one of the most beautiful heritage sites in the world. These caves were carved between the 6th to 10th centuries CE. The caves are numbered from south to north and not based on the actual chronology of the caves. Out of the 34 accessible caves, 12 belong to Buddhism, 17 to Hinduism and 5 to Jainism.
lifesize statues of elephants and two tall victory pillars. There are columned galleries decorated with huge sculpted panels of a variety of deity Buddhist Caves: Almost all Buddhist caves belong to the 6th and 7th centuries CE. One can see significant artwork in caves number 5, 10, and 12. Cave 10 is a Chaitya (Prayer Hall), and Caves 11 and 12 are the only known multistoried elaborated Buddhist Monasteries in India. They house numerous esoteric Buddhist deities.
Hindu Caves:- Caves number 13 to 29 are Hindu caves from the 7th to 9th century CE. Caves number 15, 16, 21 and 29 are considered as most beautiful amongst the Hindu caves at Ellora. Cave 15 is a multistoried Shaiva monastery resembling caves 11 and 12. This cave has numerous noteworthy sculptures carved on the interior walls and some of the images still have traces of plaster left indicating the paintings on the sculptures.  Cave 16 is known as the Kailasa Mandir, the unrivalled centrepiece of Ellora. It looks like a constructed multistoried temple, but it is a monolithic structure carved out of one single rock. The courtyard has two lifees on the side walls. Even this temple has a few traces of painting and inscriptions. Cave 29 is an elaborate cave temple resembling the cave at Elephanta near Mumbai.
Jaina Caves:- These caves are clustered in five excavations and numbered 30 to 34. Apart from these, there are six more Jaina caves on the opposite face of this hill. All of these caves belong to the Digambara sect of Jainism. Cave number 32, known as Indrasabha is very elaborate, and one should not miss this. Its lower storey lies unfinished, while the upper storey is the largest and most elaborate cave with beautiful pillars, large sculptural panels and paintings on its ceiling.

The Ellora caves are 29 KM the Northwest of Aurangabad city. The closest village is Khuldabad and the famous fort of Daulatabad.

The complete tour of Ellora caves requires 4-5 hours. Apart from the Ellora caves, one can visit the Ganesh Lena cave complex. Waterfalls and streams on the site create a scenic environment at the site. A visit to the information centre is recommended.

Ellora site has all basic tourist facilities. Several hotels are available in and around Aurangabad for accommodation.

Ellora Caves' visiting hours are 9.00 AM to 5.00 P.M. (Tuesday Closed)
No eatables are allowed at the site.
The best season to visit these caves is from June to March as the weather during these months. Created between the 6th and 10th century, the 12 Buddhist, 17 Hindu and 5 Jain caves carved in proximity at Ellora are proof of the religious harmony prevalent during this period of Indian history. 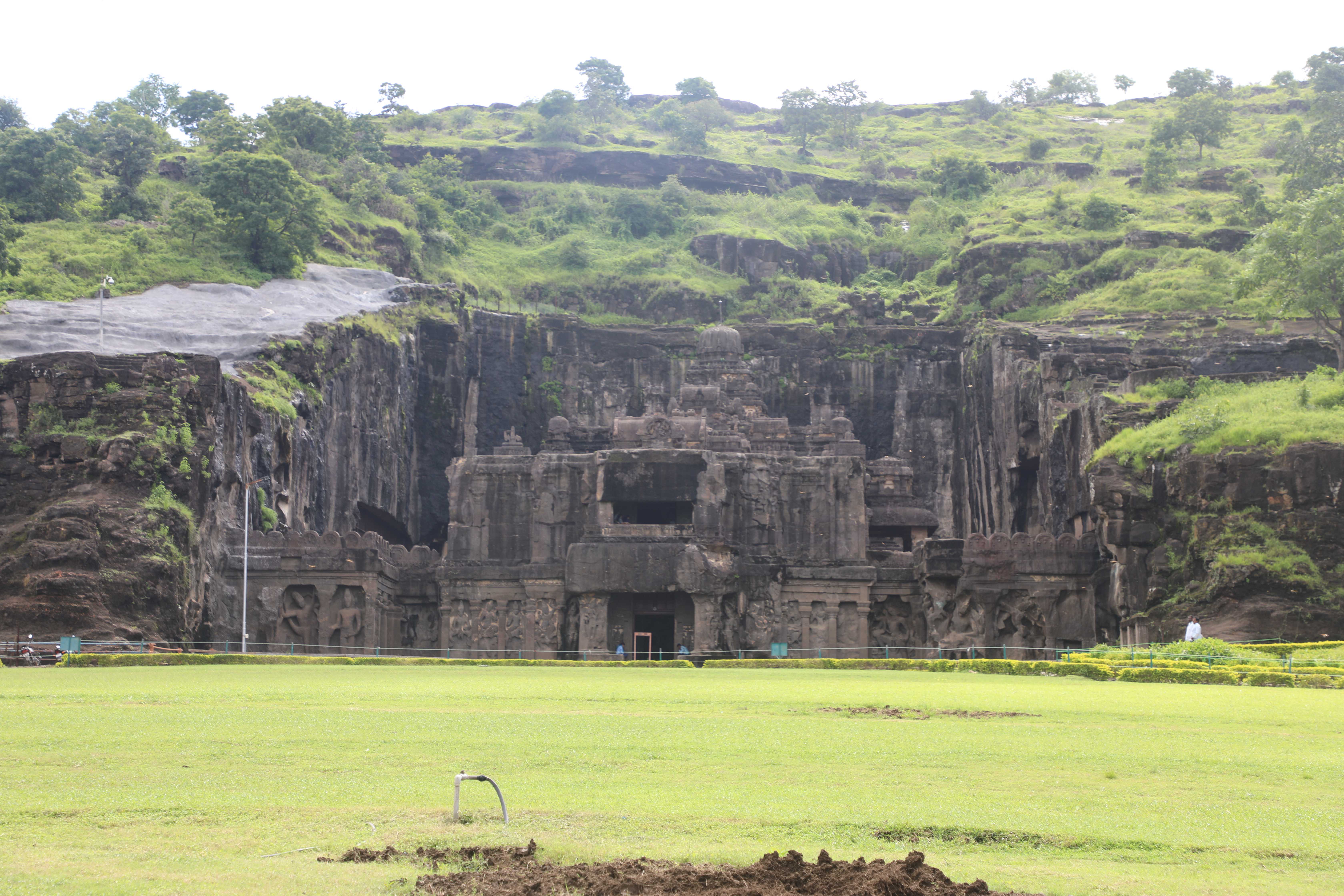 All the Buddhist caves were carved in the period 6th – 7th centuries CE. These structures consist mostly of ‘viharas’ or monasteries 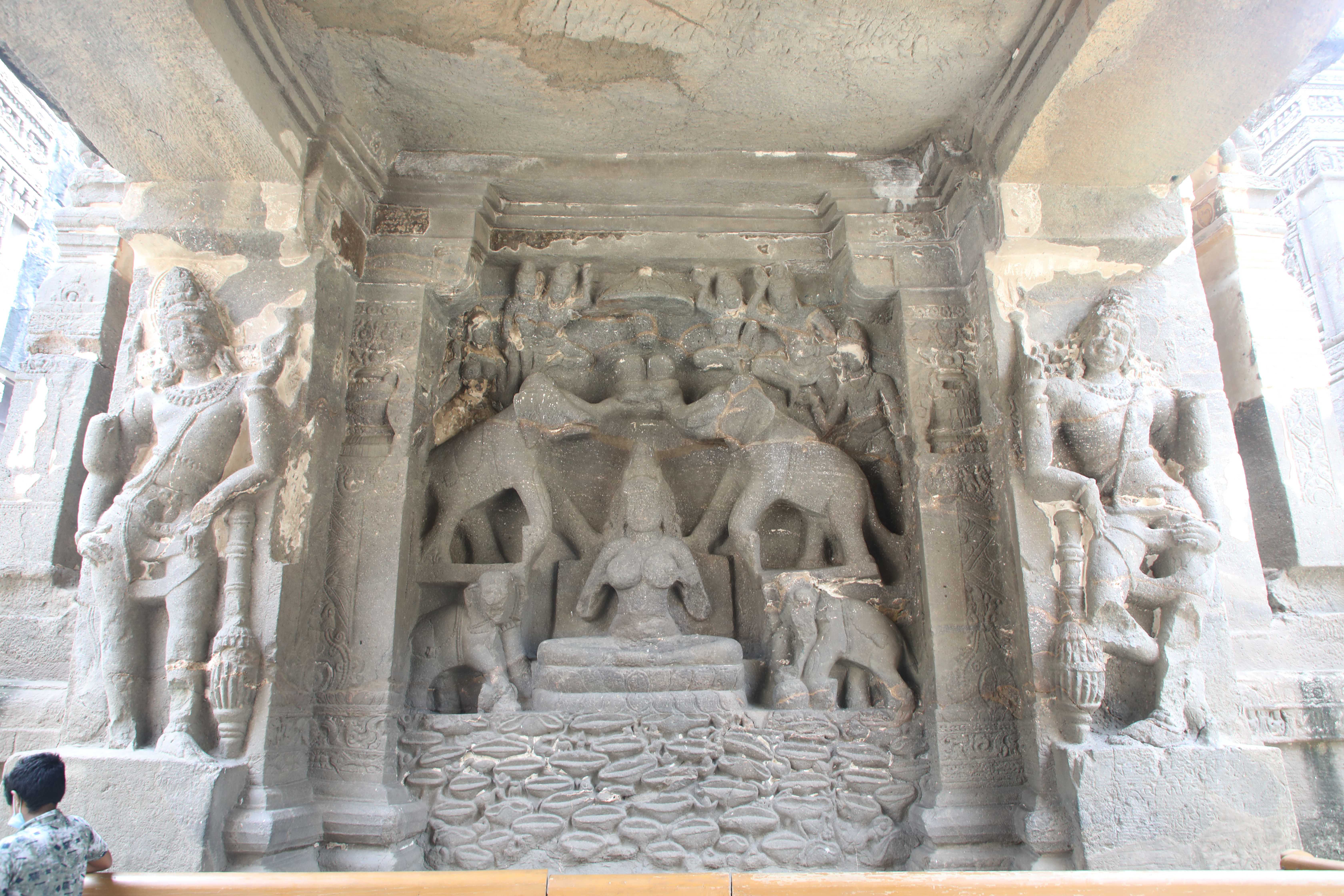 These caves were excavated during the rule of the Kalachuri, Chalukya and Rashtrakuta rulers. Of these, Caves 14, 15, 16, 21 and 29 are not to be missed caves. 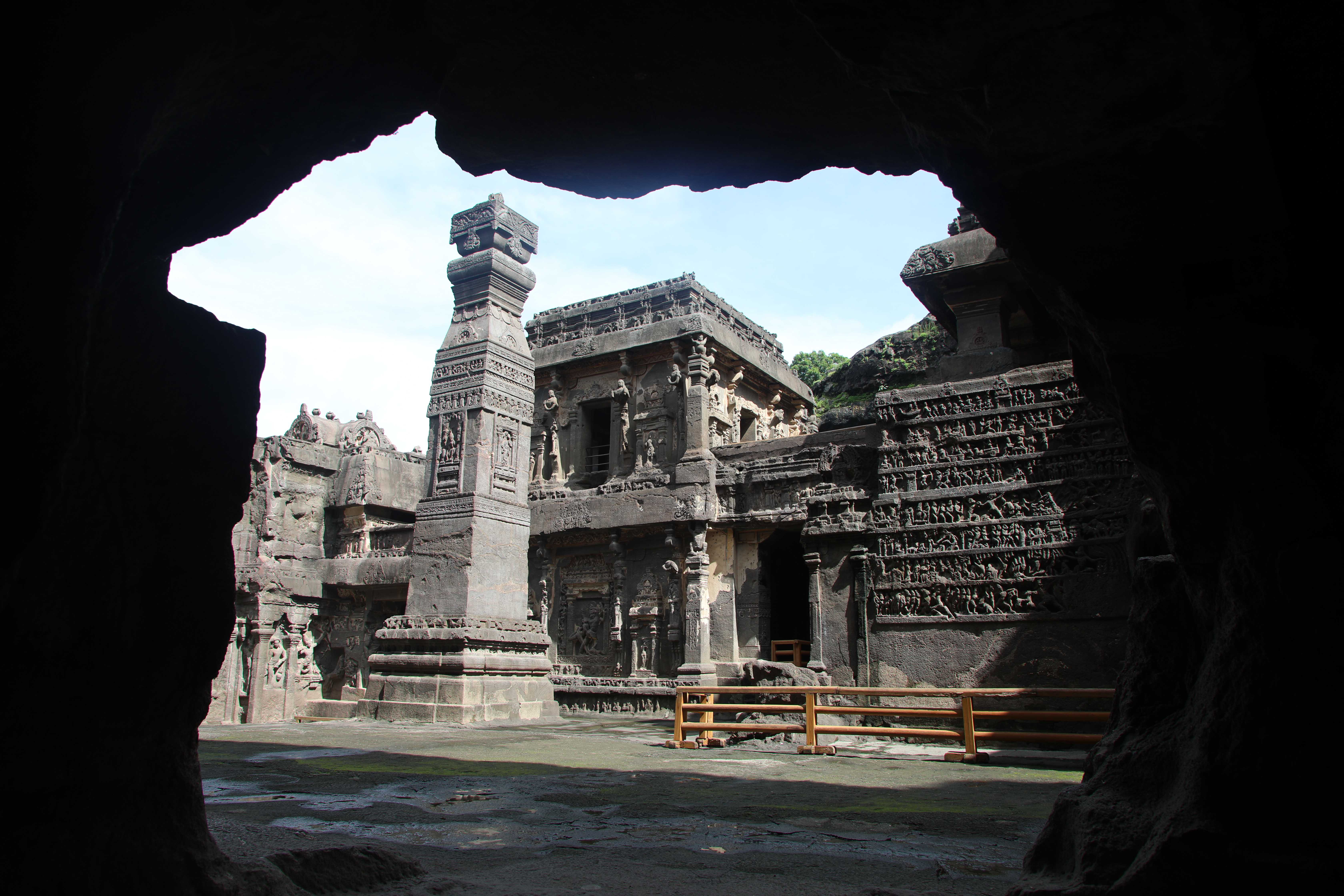 These caves are clustered in five excavations and numbered 30 to 34. Apart from these, there are six more Jaina caves on the opposite face of this hill. All of these caves belong to the Digambara sect of Jainism. 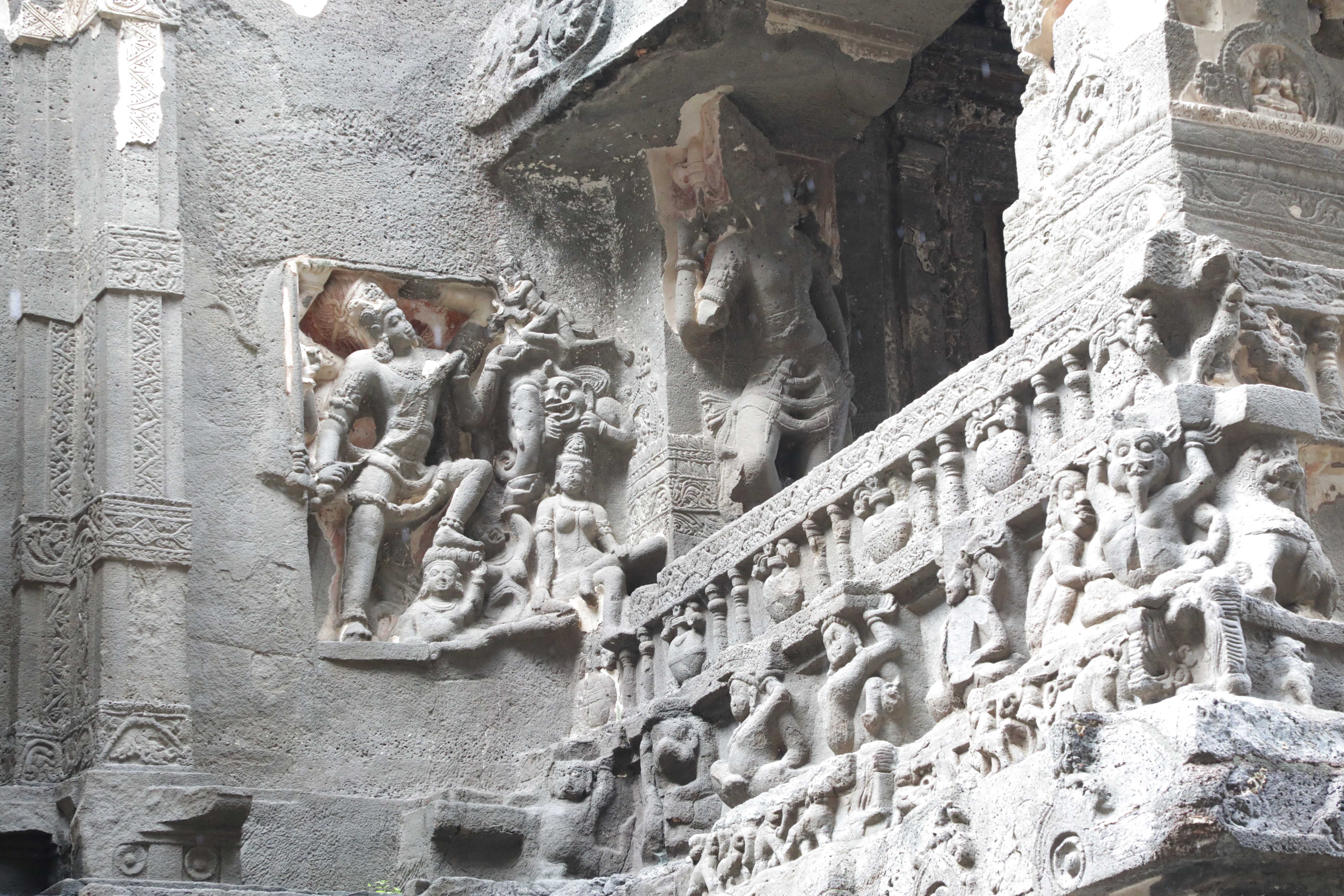 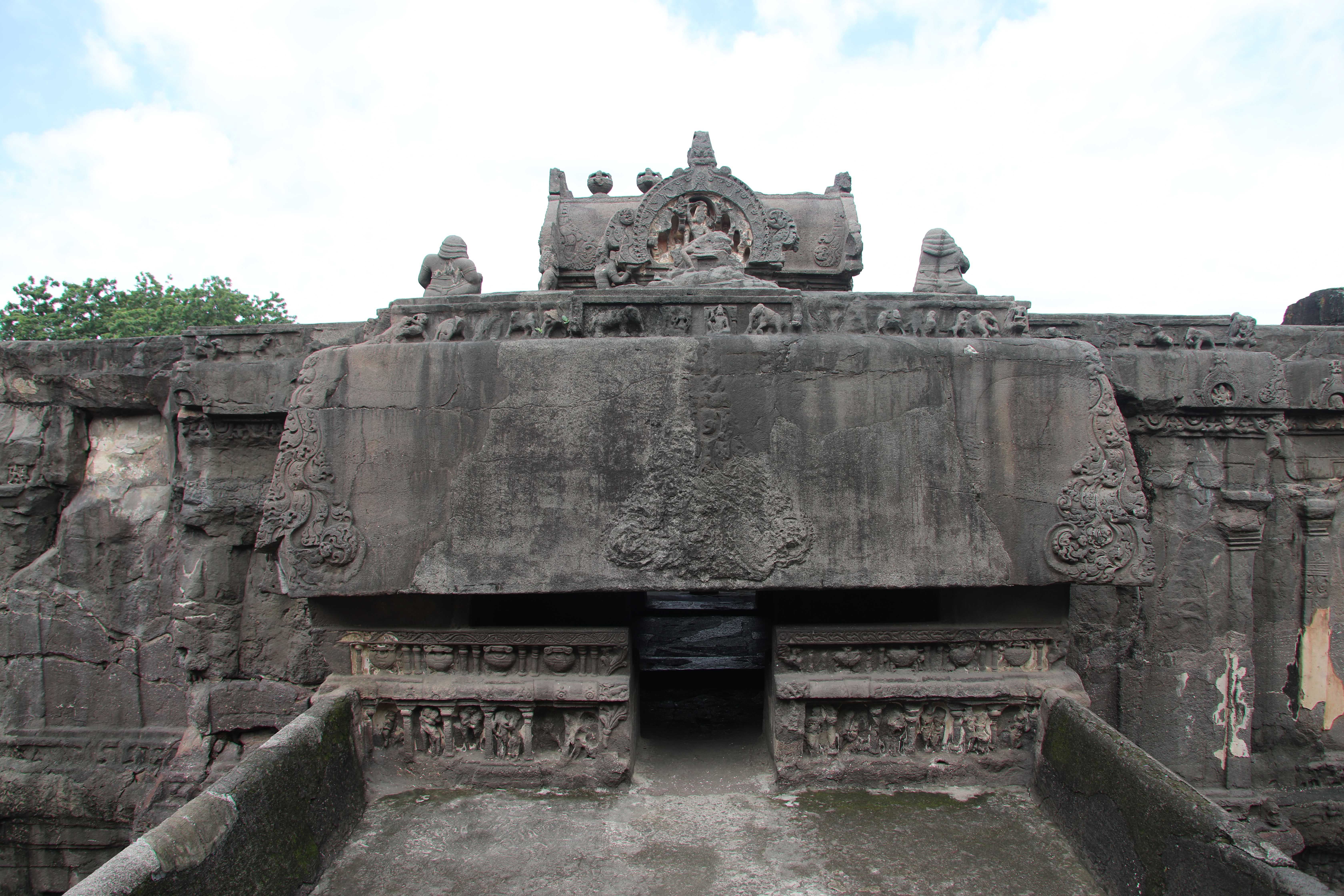 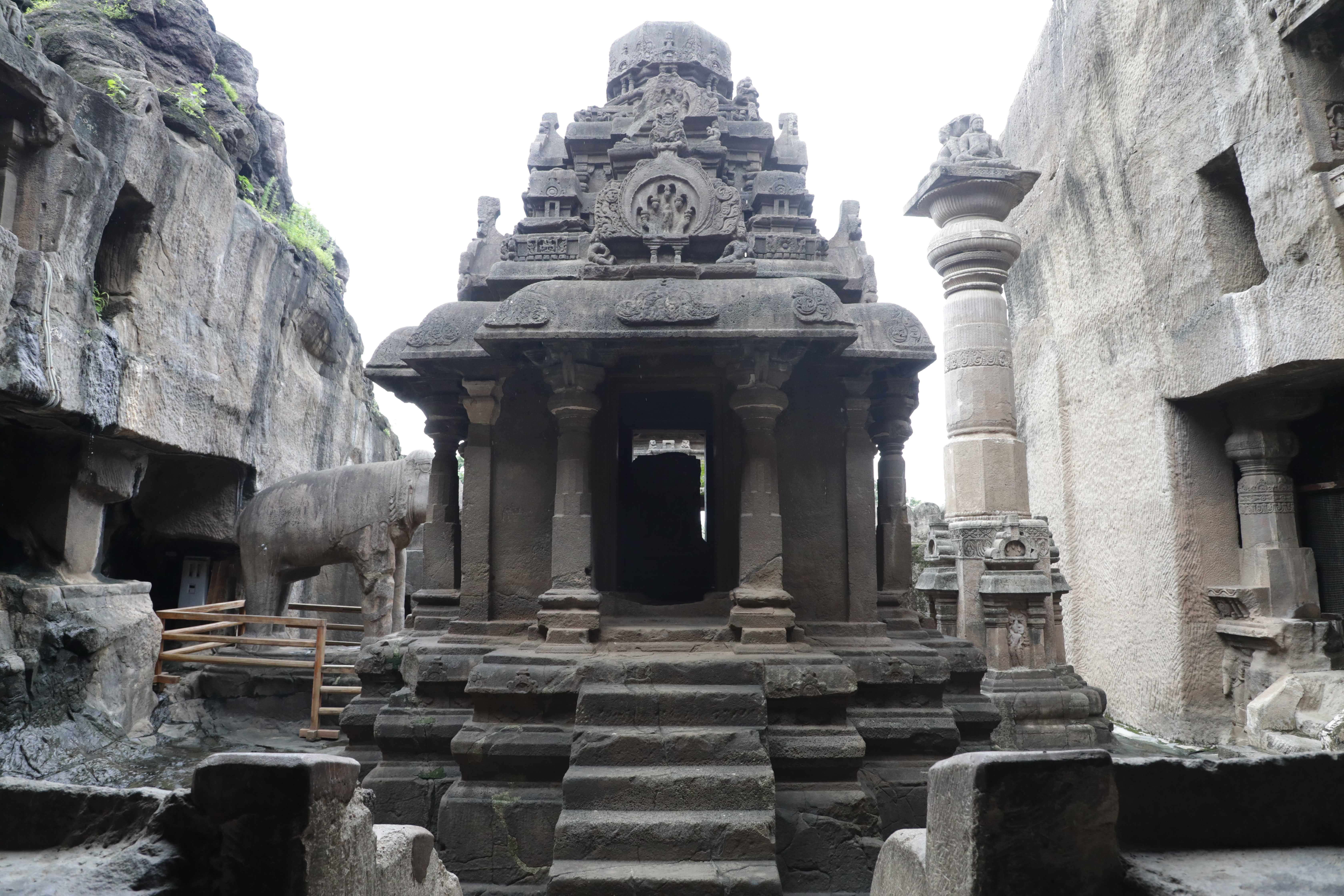 Ellora is about 30 km from Aurangabad. Buses, rickshaws and taxis ply regularly between the two.

Aurangabad railway station is well connected to most cities.The Aurangabad Jan Shatabdi Express is a daily fast train to Mumbai.

The nearest airport is Aurangabad which has daily flights to major Indian cities.

Aurangabad
While you may visit the Ajanta and Ellora caves, it is always good to stay at Aurangabad, known as the City of Gates. Named after Mughal Emperor Aurangzeb, the city has now been declared as the ‘Tourism Capital of Maharashtra’.

Panchakki
Panchakki, meaning a water mill, is located about 1 kilometer from the city, and is a 17th century creation that intrigues for its underground water channel, which traverses more than 8 kilometers to its source in the mountains.

Salim Ali Talab
Panchakki, meaning a water mill, is located about 1 kilometer from the city, and is a 17th century creation that intrigues for its underground water channel, which traverses more than 8 kilometers to its source in the mountains.

Bibi Ka Maqbara
To get an understanding of how and why Mughal architecture was so very different, plan a visit to Bibi Ka Maqbara, situated about 3 kilometers from the city. This is the burial place of Emperor Aurangzeb’s wife, Dilras Banu Begum, also known as Rabia-ud-Daurani.

MTDC Aurangabad resort is at a distance of 29 KM from Ellora.