The Gateway to India

The Gateway to India—that’s Maharashtra for you. With Mumbai--one of the finest ports of the world as its crowning jewel-- there’s much about the geographical and topographical character of the third largest state in India—after Madhya Pradesh and Rajasthan—to command the traveller’s attention. With Madhya Pradesh to the north, Karnataka to the south, Chhattisgarh to the east and Goa to the south west, this western state of India plays host to the Arabian Sea through Mumbai, but is, nevertheless for the most part, a plateau. Predominantly consisting of two major relief divisions, namely the Deccan Tableland and Konkan (coastal) strip, Maharashtra covers an area of 307,713 km2.

The Western Ghats form the source of several major rivers of Maharashtra, notable among them being Godavari and the Krishna. The rivers, along with their tributaries, flow eastwards into the Bay of Bengal, irrigating most of central and eastern Maharashtra. The Ghats are also the source of numerous small rivers, which flow westwards into the Arabian Sea. The Sahyadri Range is the defining geographical feature of Maharashtra. Rising on an average to an elevation of 1000m, it has Konkan on the west. Eastwards, the topography goes through a transitional area known as Malwa to the plateau level. The Konkan, lying between the Arabian Sea and the Sahyadri Range is narrow coastal lowland, barely 50 km wide. Though mostly below 200 m, it is far from being a plain country. Highly dissected and broken, the Konkan alternates between narrow valleys and low laterite plateaux. The Satpuras, hills along the northern border, and the Bhamragad-Chiroli-Gaikhuri Ranges on the eastern border form physical barriers preventing easy movement, and also act as natural limits to the state. This topography of the state is the outcome of its geological structure. The state area, barring the extreme eastern Vidarbha region, parts of Kolhapur and Sindhudurg, is practically co-terminous with the Deccan Traps.

Apart from mainly occurring rock Basalt; other rocks like- Laterites are found in the coastal humid and tropical region. Maharashtra is rich in in ore deposits. Granite, Granite gneiss, Quartzite, Conglomerates are found in the basement regions of Konkan rivers. Nanded is another region where pink Granites are found. Kamti of Nagpur region is famous for coal. Water is the most unevenly distributed natural resource. A large number of villages lack drinking water, especially during the summer months, even in the wet Konkan. Barely 11% of the net sown area is irrigated. The granitic-gneissic terrain in the eastern hilly area of Vidarbha accounts for all tank irrigation. Tube-wells in the Tapi-Purna alluvium and shallow wells in the coastal sands are the other main sources of water. Special wells are being made by the Government for the villages lacking water. The Chandrapur, Gadchiroli, Bhandara and Nagpur Districts form the main mineral belt, with coal and manganese as the major minerals and iron ore and limestone as potential wealth.


Call of the Wild

Maharashtra is home to several national parks. Project Tiger, the Government of India initiative to preserve and increase the tiger population, has 4 major areas of concentration in the state namely Tadoba-Andhari, Melghat, Sahyadri and Pench. The Bor Wildlife Sanctuary of Wardha in Eastern Vidharbha was also declared a Special Tiger Zone by the government in 2012. A large percentage of Maharashtra's forests and wildlife lie along the western Ghats or western Maharashtra and eastern Vidarbha. The Gondia region in Vidarbha is home to two important parks: The Navegaon National Park,the nestling ground of of birds, deer and leopards, as well as the Nagzira Wildlife Sanctuary with an assortment of wildlife. The Sanjay Gandhi aka Borivali National Park in Mumbai enjoys the stature of being the world’s largest national park within city limits. Sangli district, for its part, houses the Chandoli National Park, even as the Prachitgad fort and Chandoli dam are in the vicinity.Sagareshwar wildlife sanctuary, a man made sanctuary situated 30 kms from Sangli, contain ancient temples of Lord Shiva, apart from the Jain Temple of Parshwanath. For its part, the Maldhok Sanctuary in Solapur-Ahmednagar district is home to the Great Indian Bustard. The Bhimashankar wildlife Sanctuary situated in the western Ghats is famous for the Malabar Giant squirrel.

The Sahyadris hold several beautiful hill stations in their lap, which are cool, beautiful and refreshingly serene. Best of all, they are usually near a city. These include Matheran, Lonavala, Khandala, Mahabaleshwar, Panchagani, Bhandardara, Malshej Ghat, Amboli, Chikhaldara Panhala, Panchgani, Sawantwadi, Toranmal, and Jawahar.

Sahyadri is every inch the trekker's paradise with its treasure trove of green hills, dotted lakes and forests. And if history is what holds your heart—apart from a love of the outdoors, choose any of its forts or caves from the Buddhist era. Noteworthy examples include: Rajmachi Fort along the Khandala plateau, and Karla Caves built around the 2nd century BCE, the Sinhgadh, Tikona and Lohagadh Fort in Pune; Kalsubai Peak, Raigad Fort in Konkan, and Rajgad and Shivneri, 65 and 110 kms respectively from Pune. Wakki Woods 30 km away from Nagpur is another lovely place to explore and, offers activities like bird watching, boating, archery, amongst other activities. 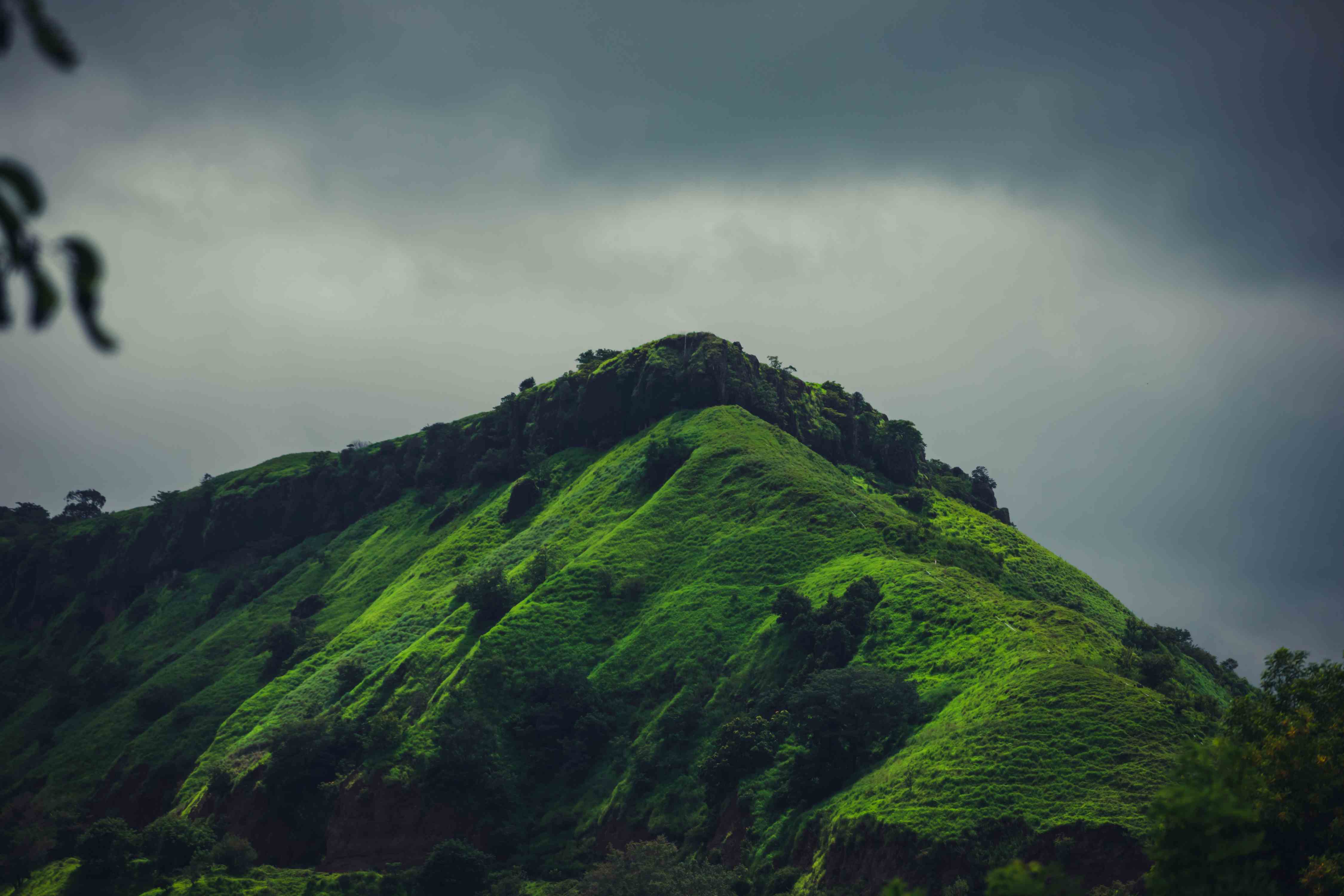 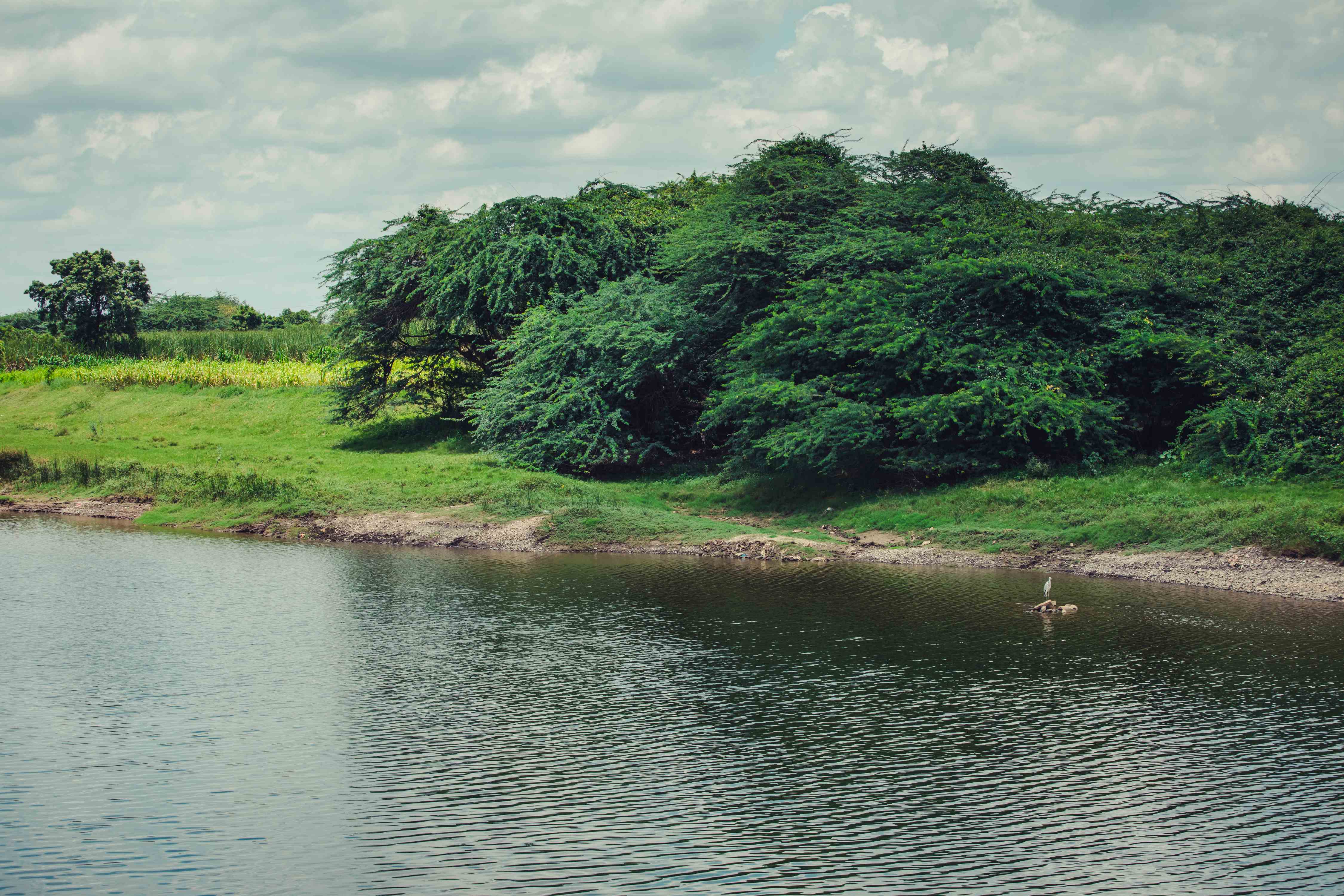 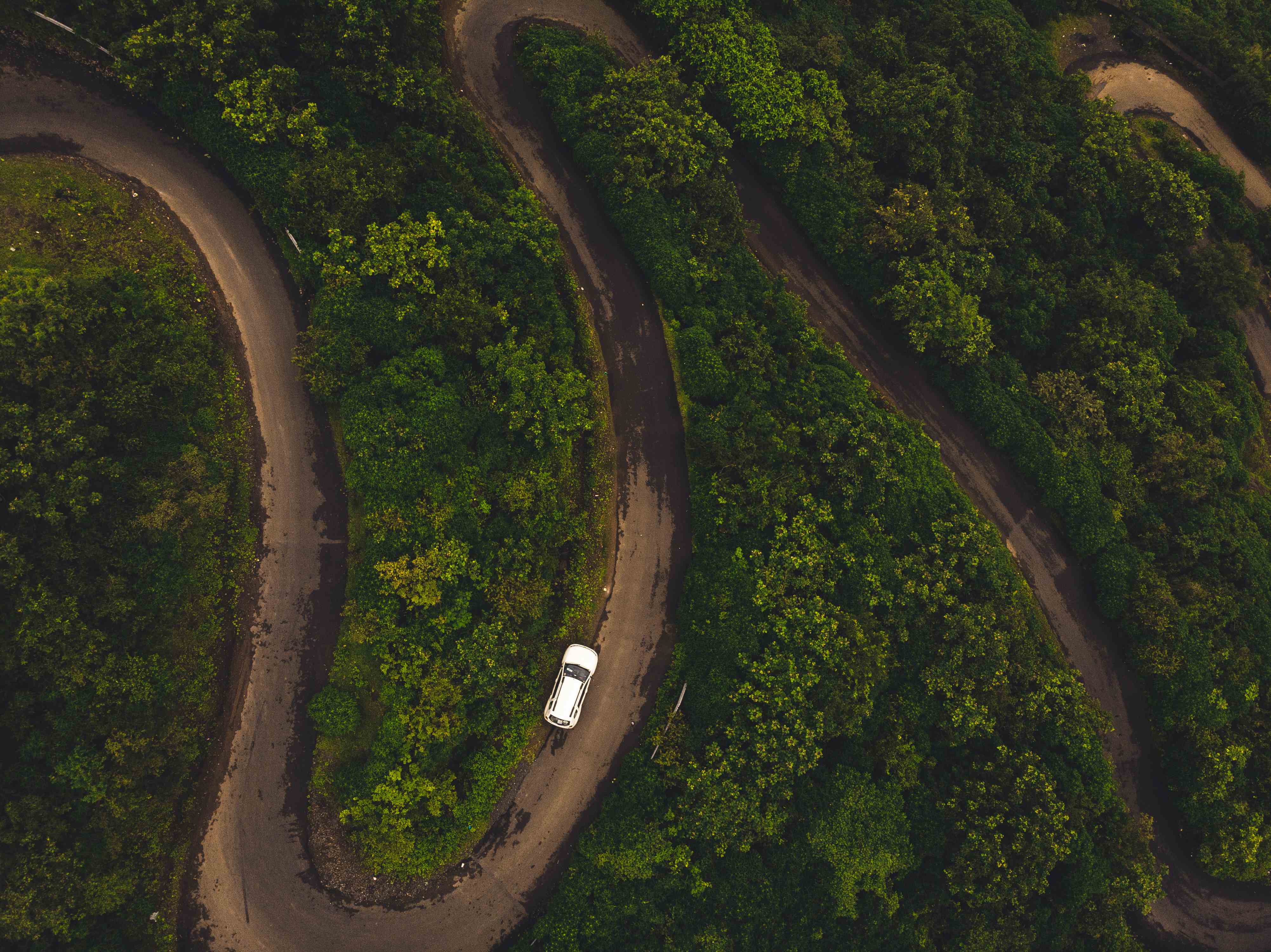 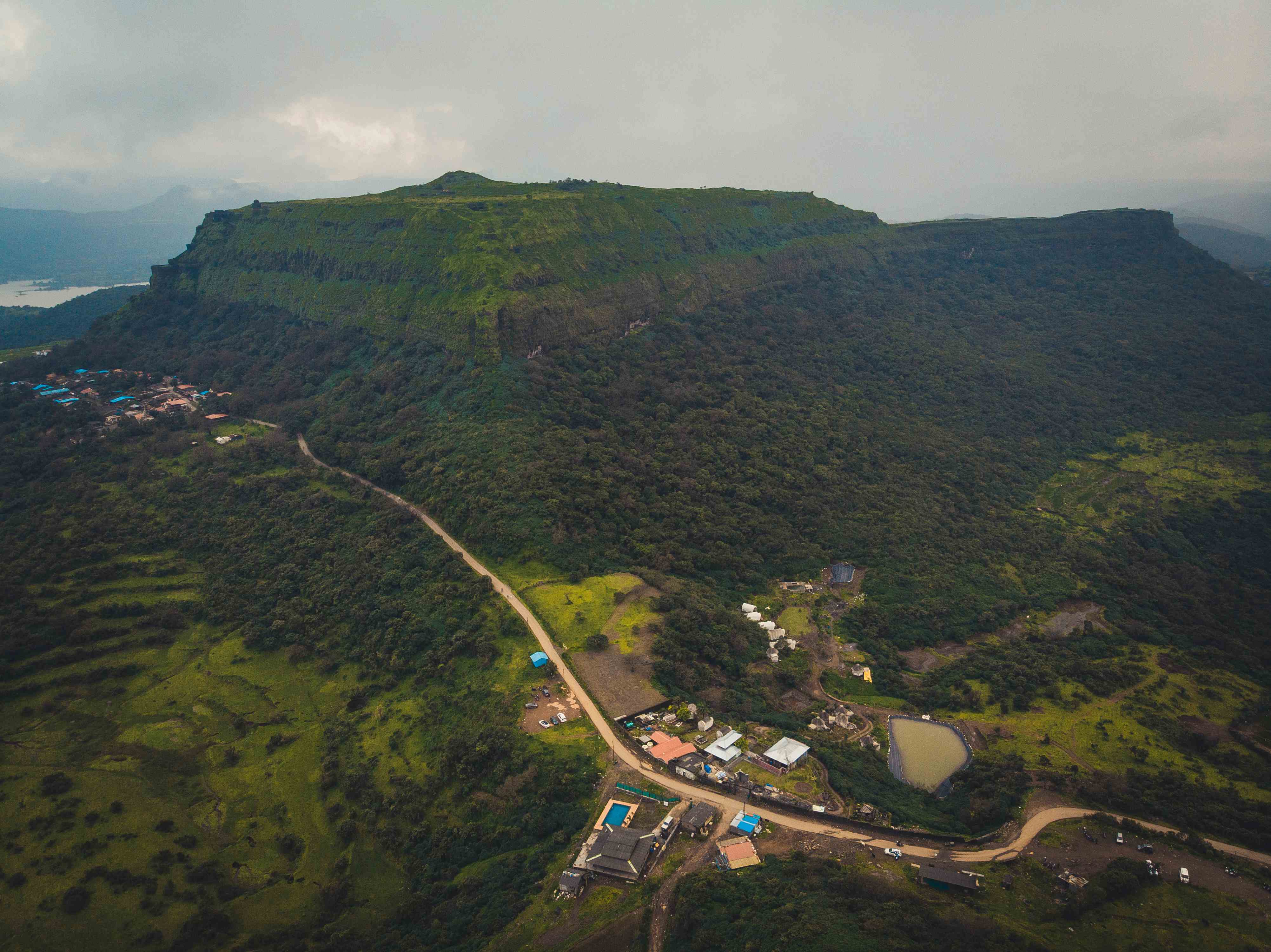 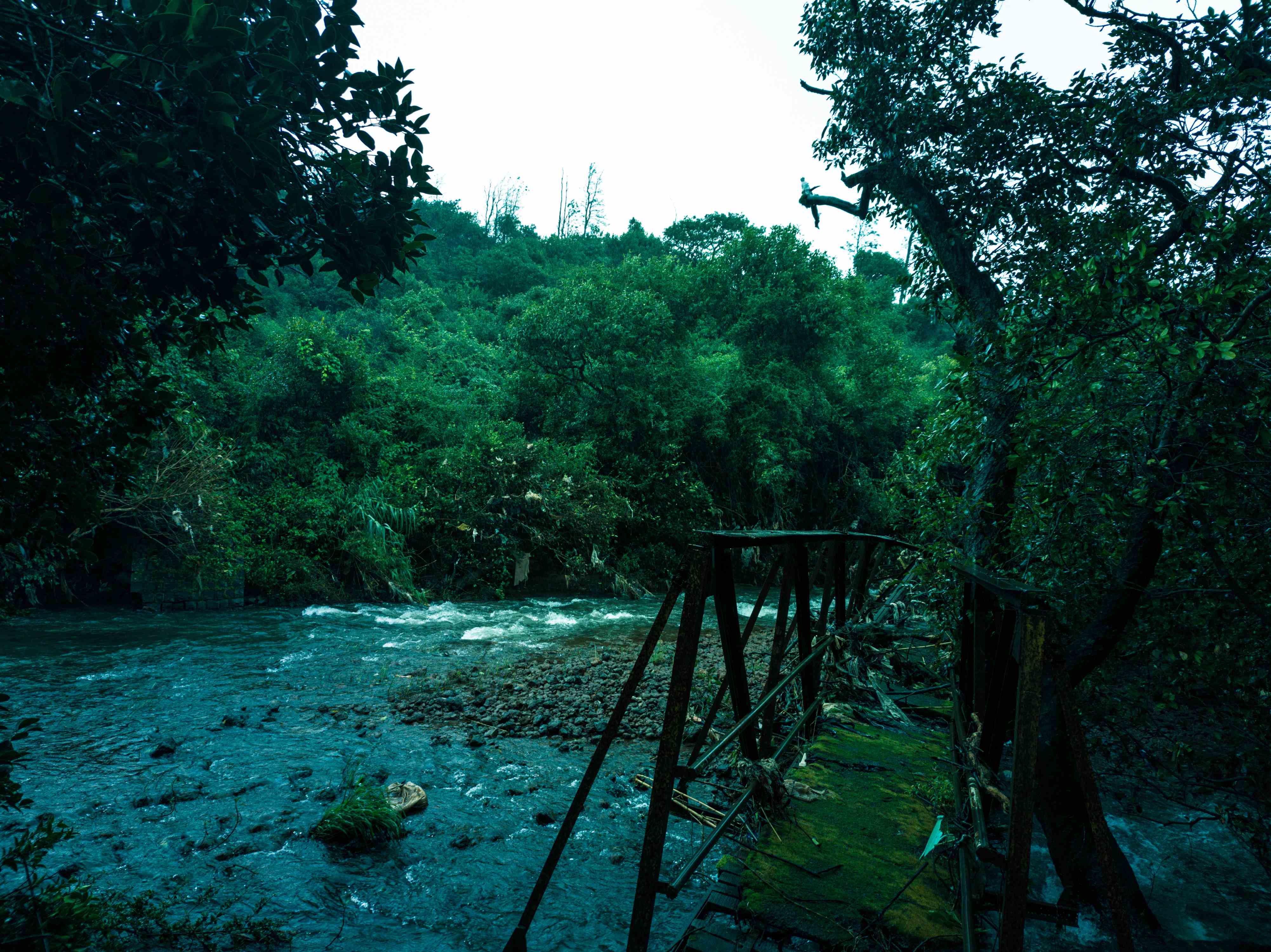